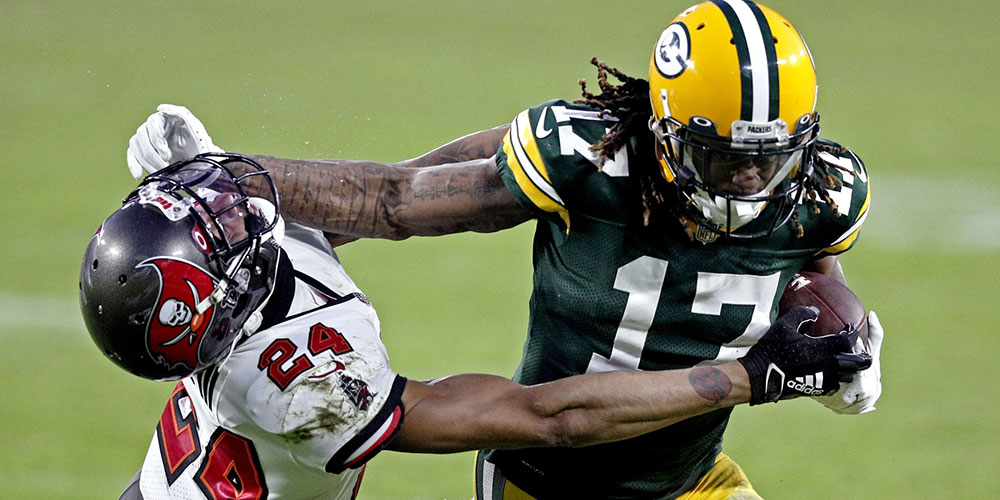 After a wild matchup on Monday Night Football during the NFL's opening week between the Las Vegas Raiders and Baltimore Ravens, this week's MNF matchup has the potential to be a bit more one-sided. The Green Bay Packers are 12-point home favorites to the Detroit Lions, despite looking quite bad in the season-opening loss to the New Orleans Saints.

The Lions, meanwhile, had a furious comeback against the San Francisco 49ers in Week 1 but fell short.

Aaron Rodgers struggled in Week 1, but he faces a Lions secondary that is reeling after Jeff Okudah ruptured his Achilles. The game seems to set up well for the Packers at home, but there are still some good daily fantasy plays on the Lions' side. Here is a look at some of the recommended plays on Draftkings Showdown Mode:

You will have to spend up to have Adams at the captain spot in your lineup, but it should be worth it. I expect Aaron Rodgers to be much sharper in this game and his unquestioned top target should feast against the aforementioned Lions' secondary. Adams had a healthy seven targets in the Packers' blowout loss against the Saints. He should be fed the ball in this matchup and is the safest bet to produce big numbers.

Hockenson is the safest play of the Lions' pass catchers and is coming off a great game in Week 1 in which he caught 8 of 11 targets for 97 yards and a touchdown. He is the top target for Detroit quarterback Jared Goff and could be on the way to a massive season. The matchup against the Packers is good and someone has to catch the ball for the Lions.

Swift has a questionable tag, but as of Monday morning, he is expected to play in this game. Swift's involvement in the passing game makes him a desirable target. He was targeted 11 times and caught 8 passes in Week 1. He also carried the ball 11 times. If he approaches those numbers again in this game, he will pay off his salary. With the Lions likely playing catch-up in this game, Swift makes for a great play with significant upside.

As a bit of a bargain play, look for Valdes-Scantling to produce as the No. 2 wide receiver for Green Bay. He saw eight targets in Week 1, so he should be involved in the passing game opposite Davante Adams. He is coming off a bit of a down game against the Saints so some daily fantasy managers might be scared off of him. At his price, his big-play potential is a great deal.

Dillon a dart throw of sorts, but he could see some opportunity against the Lions in a game where the Packers could be in control. Green Bay coach Matt LaFleur said he wants to get back to the ground game more in this contest. While Aaron Jones is the lead back, Dillon could still have some opportunities. In Week 1, a game where the Packers were blown out, Dillon had four carries and two targets. Look for that to increase in this matchup and at this salary, he doesn't have to do a ton to make it pay off.

Another value play, St. Brown is one of the few options for the Lions in the passing game. He saw four targets in Week 1 and caught two passes for 23 yards. Tyrell Williams has been ruled out with a concussion, so St. Brown could be in store for an increased role in this one. He has big-play potential, so one big play could basically pay off his low salary. In a limited wide receiver group, the rookie from USC could play an alpha role on Monday night.