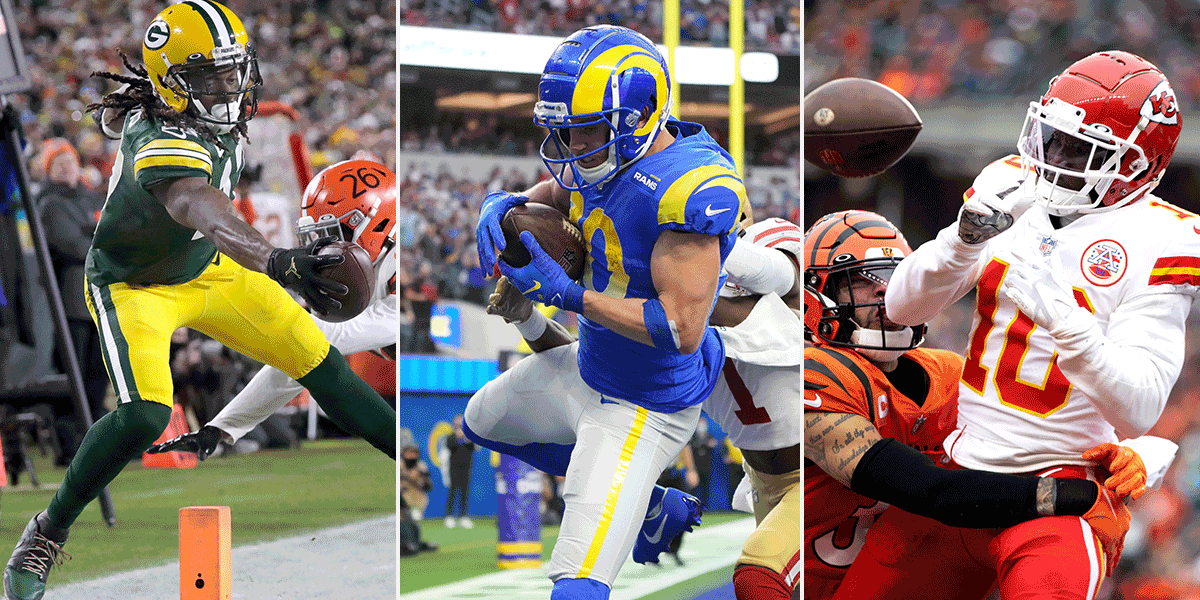 There are just eight teams remaining in the NFL Playoffs, and we are just a few weeks out from the Super Bowl. This is the divisional round in the NFL, and there are four terrific games on the schedule this weekend. This is when the betting really starts to heat up, and home teams are favored in all four of the matchups. Here is a look at all four of the games taking place this weekend and the betting picks for each game.

The top seed in the AFC, the Tennessee Titans, will take the field on Saturday as they host the surging Cincinnati Bengals. Tennessee should be getting Derrick Henry back on the field for this game, and that’s going to make a huge difference in this one.  Cincinnati has won four of its last five games, and they picked up a 26-19 win over the Las Vegas Raiders in the Wild Card Round. That Cincinnati offense has been terrific all season long, and they also feature an underrated defense.

Tennessee is going to try to run the football well and then use the defense to slow down Joe Burrow and the Bengals. The Titans finished the year by winning three straight games, but they could show some rust after taking time off.

This has all the makings of a great game, but the Bengals are still lacking some playoff experience. The Titans have the best player in Derrick Henry, and they win this game by a touchdown to cover the spread.

Aaron Rodgers and the Packers host the 49ers on Saturday night in what could be an interesting matchup. San Francisco will try to win this game by running the football and playing defense while the Packers are nearly unstoppable on offense.

The 49ers were impressive in beating the Cowboys in the Wild Card Round, but they still scored just 23 points. San Francisco can really run the football, but they have to hit on some explosive plays to win this game.  Rodgers is likely going to win the MVP Award for the second straight year after throwing for 4,115 yards and 37 touchdowns this season. The Packers just have so many weapons on offense, and that defense has been able to make plays in the biggest games of the year.

The 49ers are not an easy team to deal with, but the Packers simply have so many weapons on offense. Look for Green Bay to use that offense to come up with a big victory on Saturday night at Lambeau Field.

The first game on Sunday should be terrific as the Tampa Bay Buccaneers host the Los Angeles Rams. Both of these teams had little trouble in the Wild Card Round, and each team has been playing well on both sides of the ball.

Rams quarterback Matthew Stafford picked up his first career playoff win last weekend, and he has had a monster season. Wide receiver Cooper Kupp led the league with 145 receptions and 1,947 yards during the season, and he is extremely difficult to stop.

Tampa is the defending Super Bowl champion, and they still have Tom Brady playing the most important position on the field. The Bucs averaged over 300 passing yards per game, and that defense has the ability to be disruptive.

The only problem for the Buccaneers is that they are still dealing with some injuries, and that’s going to be a problem on Sunday. Look for the Rams to go on the road and pick up an impressive upset win over the Buccaneers.

The best game of the entire weekend will be the final one as the Kansas City Chiefs host the Buffalo Bills. Both teams have been considered betting favorites to win the Super Bowl all season long, and this is going to be a battle.

Buffalo beat the Chiefs 38-20 earlier this season in Kansas City, and that offense was unstoppable in that matchup. The Bills weren’t always dominant during the regular season, but they picked up a 47-17 win over the New England Patriots in the Wild Card Round.

Kansas City was also sharp in the Wild Card, dispatching the Pittsburgh Steelers by a score of 42-21. The Chiefs are averaging over 290 passing yards per game, but they still need to find a way to get more yards on the ground. You can expect to see plenty of offense in this game, and the over/under is set at 54.5. Home-field advantage might be the difference in this game, especially since the Chiefs have so much experience.

A late field goal is going to decide the outcome, and the Chiefs win and cover the small spread.