The following is FantasyData's team of Writers and Fantasy Experts. FantasyData provides fantasy advice to help you win your fantasy and dynasty leagues, daily fantasy contests, or tournaments. Our team of writers, podcasters, and YouTubers has a long history of championships wins and includes some high-stake gamers that play fantasy football as a second profession.

Jody is a member of both the Pro Football Writer's of America (PFWA) and Fantasy Sports Writer's Association (FSWA) and has been covering the NFL and fantasy football for over a decade. Jody won FantasyPro's Most Accurate Expert contest and also garnered the FSTA's accuracy award in 2012. A Houston native, Jody has covered the Texans locally since 2016 for both digital and radio audiences. Past writing stops include CBS Sportsline, Gridiron Experts, Pro Football Focus, Fanball, FantasyPro's. Jody is also a frequent guest on SiriusXM and Houston radio, and his work regularly appears in print on newsstands each summer.

NorCal native Jesse Jones has been obsessed with fantasy football since first joining and winning a league in 1994. Always looking for an edge, Jess has been ahead of the curve mining data and building customized spreadsheet rankings and projections while others showed up to draft day asking for a pencil and a cheat sheet. Avid DFS, Best Ball and Re-Draft player that dabbles lightly in Dynasty. When not geeking out on Fantasy Football, Jess can be found hiking, kayaking, swimming, playing tabletop games, cooking, trading equities, listening to good tunes, and/or enjoying a craft brew or two.

A self-proclaimed "cat person" with an affinity for pass-catching running backs and slot receivers, Alex is a well-traveled writer whose work can be found on sites such as 3CoSports and Dynasty Nerds in addition to FantasyData and BettingData. Follow him @AlexKurpeskiNFL on Twitter for more great content

Billy Muzio - with over 16 years’ fantasy football experience, he utilizes film review and analytics to create a competitive edge in FFPC high stakes drafts, player selection, roster construction, and position theory. His expertise is in season-long high-stakes drafts, whereas his primary focus of interest is the FFPC Main Event and FFPC Footballguys Players Championship, with a 62.34% win rate. Most recently he won 2 Main Event leagues and finished 28th overall in the FFPC Playoff Challenge Round 2. Billy resides in Bend Oregon where he is married with two children and runs his own business. Outside sports, he is considered a foodie and wino and loves to build relationships with family and friends through food.

Bradley Stalder has over twelve years of fantasy football experience in auction, dynasty, redraft, and bestball formats. Before developing the Fantasy Football Fanalysts Podcast (@FFFanalysts) with Billy Muzio (@FFMuzio), he also wrote fantasy football articles and created comprehensive player and team projections for 3CoSports.com. He earned his BS in Mathematical Science from Franciscan University and MEd with a focus in Mathematics Education from the University of Notre Dame. He lives near Detroit, Michigan with his wife and three daughters. He teaches Math by day to 7th and 8th graders.

Chris Mitchell began his Fantasy Sports Writing/Podcasting career with RotoExperts.com, writing about Minor League Prospects, Fantasy Football and Baseball. He won a 2017 FSWA award for "Best Comedy Article" and was Nominated for "Best Fantasy Podcast” in 2018. He has worked as a freelance writer and season-long contributor to BaseballAmerica.com and as a Daily Fantasy Sports analyst for Fantasydraft.com. His content has appeared in a multiple of outlets like The AP, The New York Daily Post, USAToday, Fantrax.com, and more. He is President of Bosco Nation, where his Podcasts can be found BlogTalkRadio

Chris is a passionate hockey writer who writes everything from features to daily fantasy to sports betting. Hockey is the main name of the game. From being a regular on The Sweat to doing things with Dobberhockey and beyond, the goal is the same -- provide quality content with a good deal of edge. When one has written for the last 15 years or so, the realization that adaptation is essential is obvious. From Twitter, the goal is to take on all questions and bring it to the FantasyData arena.

Former minor league soccer player/winner of TKO. Avid Philadelphia Eagles fan, Philadelphia born and raised, who also named their mascot (Swoop) for the team. Huge fantasy football fanatic who is all about the stats and ready to debate any topic. I have written for major publications within the sports and fitness world. Things I will debate until my last breath: Superman is the best superhero, Tim Tebow would have been a sustainable QB if he went to the Jacksonville Jaguars, and pineapples don't belong on pizza.

The go-to sports fanatic friend with an encyclopedia-like memory. Sports have been a part of my life for as long as I can remember. A lifelong fan of the Chicago Cubs, Chicago Bulls, Chicago Blackhawks, and New England Patriots. (Yes, Brady is the GOAT). Proud dad, Avid gamer on PS4, 10-year Fantasy Football vet. 2020' Governors State University Graduate B.A. Communications/ Journalism concentration 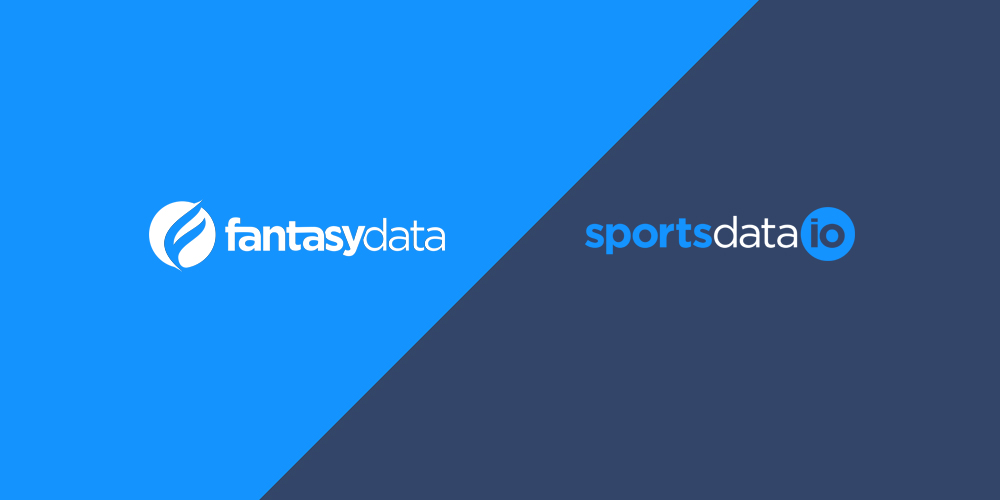 On April 16th, 2019,  FantasyData split into two companies. SportsDataIO was born from our sister site FantasyData and houses all our commercial API business. FantasyData continued to operate as a consumer brand and usher in a new suite of consumer products.

Since 2008, FantasyData has been honored to power some of the fantasy industry's leading brands by providing data feeds that are custom-tailored for fantasy applications.  With the repeal of PASPA, we have seen a surge in demand for data to power sports betting applications. SportsDataIO will allow us to continue providing cutting-edge solutions for this emerging market under a more inclusive brand name.

FantasyData took a bold new move by ushering in its new suite of consumer products, including APIs built for individual fantasy and sports betting enthusiasts who are looking for an enterprise solution at an affordable price point.

Mike came on board in the fall of 2018 to help lead FantasyData's content team. Mike is the company's SEO and has helped build FantasyData and SportsDataIO grow over this time. Mike is working remotely from Vancouver Canada. Despite growing up watching Matt Hasselbeck and Joey Galloway on Sunday mornings on the west coast, Mike is a diehard Eagles fan.