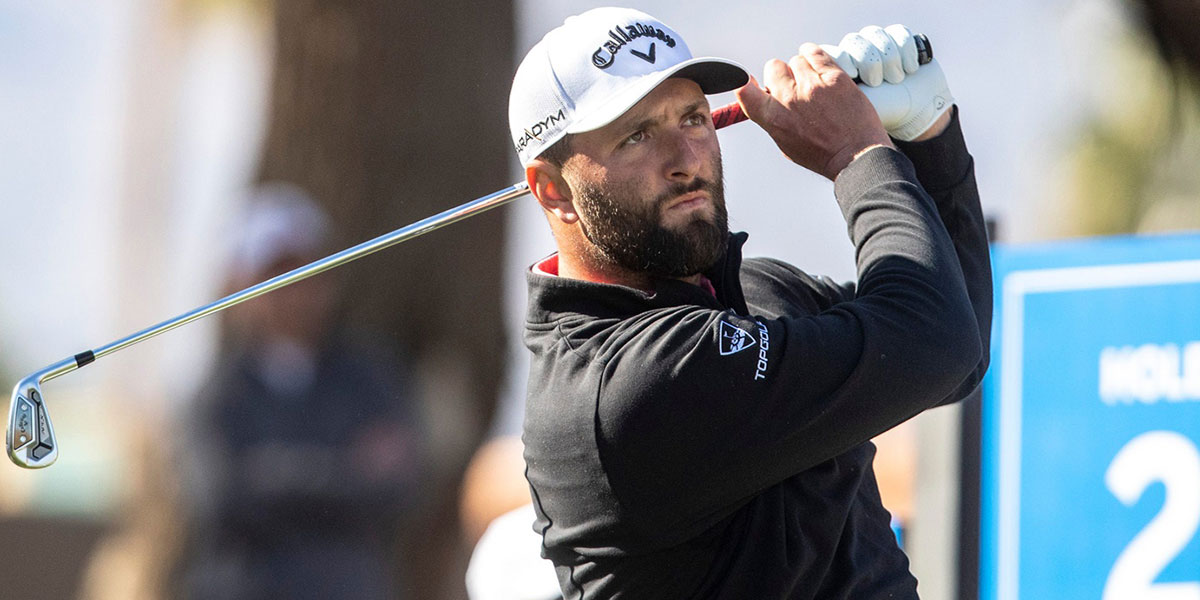 Make the most of the data, predictions, and insights from this article to help with your fantasy golf picks for the Farmers Insurance Open. And check out our PGA Projections and Optimizer tools to make more informed player selections for your DFS DraftKings lineups. Best of luck this week!

Preview for the Farmers Insurance Open: This event has been around for quite some time on the PGA Tour dating back to 1952 when Ted Kroll won the first edition, then called the San Diego Open. This tournament has been held at Torrey Pines Golf Course since 1968 and has been named the Farmers Insurance Open since 2010. This event features two courses, the South Course and the North Course, players play each of the courses on Wednesday and Thursday, and the golfers who make the cut play the South Course on both Friday and Saturday - be sure to have your DFS lineups ready to go for Wednesday morning, one day earlier than normal. The record at this event is held by Tiger Woods who shot a -22 in 1999 to win by two strokes over Billy Ray Brown, and -22 was also shot by George Burns in 1987. Winners of the Farmers Insurance Open over the past five years include Luke List in 2022, Patrick Reed in 2021, Marc Leishman in 2020, Justin Rose in 2019, and Jason Day in 2018.

By utilizing insightful player analytics and projections, you can get in the money more consistently in your PGA DFS contests and other sports leagues, including the NFL.

Tournament purse: The prize money for this week's event is $8.7M, the winner collects $1.566M and also earns himself 500 FedEx Cup points.

Course and key stats: The South Course is a lengthy 7,765 yards while the North Course is 7,258 yards; both are par 72's, and feature a combination of bentgrass (North Course) and poa annua (South Course) greens. The winning score here over the past ten years is -6 to -21, so the weather and course setup really determines how challenging the tracks are but don't expect a birdie fest like previous weeks have been on the PGA Tour. Some key stats to focus on this week, including driving distance, strokes gained: tee to green, strokes gained: approach, strokes gained: off the tee, and strokes gained: around the green. Note that the key stats aren't very polarizing this week, so don't heavily rely on them.

The field: We again have a full field of 156 players competing this week, and there will be a cut line to deal with after round 2 on Thursday where the top 65 golfers plus ties move on to play rounds 3 and 4. The field is fairly strong this week with players including Jon Rahm, Justin Thomas, Xander Schauffele, and other talented golfers also. On a scale ranging from A to D, I rank the field strength to be a B+.

Three questions that are relevant to the Farmers Insurance Open this week:

Will Zalatoris (Salary: DraftKings - $9.7K) - Zalatoris won just four starts ago (three if you exclude his withdrawal at the BMW Championship due to injury) at the first playoff event of the 2021-2022 season, and he's rounding back into form after his back injury in August. He has been stellar here since 2021 including his runner-up finish last year thanks to gaining an insane 10.76 strokes ball striking. Farmers Insurance Open finishes over the last five years: 2022 - 2nd, 2021 - T7, and 2018 - Cut.

Ben Griffin (Salary: DraftKings - $7.3K) - I like what Griffin brings to the table on a regular basis as he regularly finishes in the teens, top 20's, and top 30's, and pops for top 5's also with two over his last ten starts. He has gained strokes in the ball striking category over his last six measured starts and has gained at least 3.80 strokes putting in three out of his last four starts. Farmers Insurance Open finishes over the last five years: None.

Taylor Montgomery (Salary: DraftKings - $9.2K) - He keeps on producing quality results and added another last week at The American Express with a 5th-place finish through strong off the tee play and putting. He has only finished outside the top 15 in one start in his last nine starts, and two out of his last eleven. He made a strong rookie start here in 2022 finishing just a single stroke outside the top 10 - putting the lights out gaining 5.36 strokes on the greens. Farmers Insurance Open finishes over the last five years: 2022 - T11.

Xander Schauffele (Salary: DraftKings - $10.3K) - The Cali-native has been quite exceptional for quite some time now as we all know, and great recently with five straight top 10's if you exclude his withdrawal at the Tournament of Champions. He finished T3 last week gaining strokes across the board, and has been good here over the last four years with three top 34's including his T2 two years ago. Farmers Insurance Open finishes over the last five years: 2022 - T34, 2021 - T2, 2020 - Cut, 2019 - T25, and 2018 - Cut.

Alex Smalley (Salary: DraftKings - $7.7K) - I like his consistency and upside as he has four top 22's over his last five starts and two of those were top 5's. He gained an astounding 8.22 strokes ball striking last week but "only" finished T22 due to losing strokes both around the green and putting. He got his feet wet here last year, and I expect a much better result this time around given more polish on his game now. Farmers Insurance Open finishes over the last five years: 2022 - T56.

Robby Shelton (Salary: DraftKings - $7.2K) - He certainly has my attention this week given he has two top 10's over his last three starts and plays a complete game aside from his below average off the tee game. He has two good finishes here in his career and could top his T16 from two years ago if his putter is in sync this week. Farmers Insurance Open finishes over the last five years: 2021 - T16 and 2020 - T36.

Adam Hadwin (Salary: DraftKings - $8.2K) - Hadwin has two top 10's over his last five starts and is coming off a T18 last week thanks to gaining strokes across the board including 5.11 strokes with his short game. He hasn't torn up this event by any means but did have a top 20 two years ago and I can smell something similar coming for him again this week. Farmers Insurance Open finishes over the last five years: 2022 - Cut, 2021 - T18, and 2018 - T35.

Max Homa (Salary: DraftKings - $9.1K) - His game is quite solid in every department, and he has been excellent lately with three top 5's over his last six starts including winning the Fortinet Championship, and he's coming off a T3 at the Tournament of Champions. He missed the cut here last year but had two top 18's prior including a T9 in 2020. He plays well in his home state of California, and I wouldn't be surprised at all if he brings his A-game this week. Farmers Insurance Open finishes over the last five years: 2022 - Cut, 2021 - T18, and 2020 - T9.