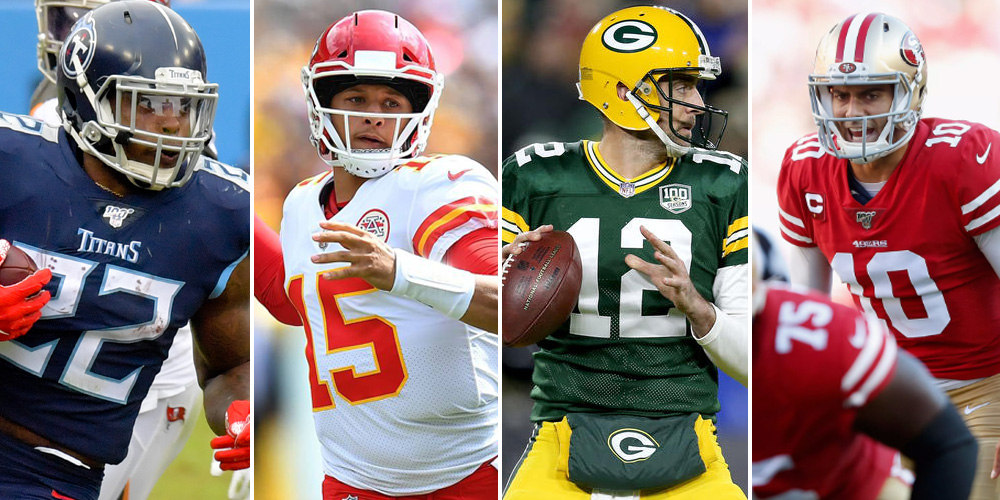 We are really getting into the thick of it now in the NFL Playoffs. After this week, we will be talking about the Super Bowl matchup! After a crazy, unpredictable wild card round, the divisional round was a lot more of what we expected as far as outcomes. That, of course, is with the exception of one team who continues to defy the odds, the Tennessee Titans. It seems like every season there is one team that stands out from the rest that just has something magical about them. The Eagles had that with Nick Foles under center recently, and now the Titans have it with Derrick Henry beasting out in a contract year and Ryan Tannehill finding a form we had never seen from him before. That makes the Chiefs/Titans game a much more slippery slope for betting purposes this week while the Packers/49ers game looks pretty straightforward as far as what we can expect from a game script standpoint. Both games this weekend are also rematches from a regular-season matchup which gives us some recent performances to look at and compare. So, let us get down to breaking down the action of this week! We are back to just Sunday football this week. The next time you see football on a Saturday it will be for the kickoff of the XFL!

As I mentioned in the intro, the Titans just have something special going on this season. It's one of those teams that movies are made about. They have defied the odds after being run through the gauntlet of taking down the perennial postseason threat in the Patriots at home in the Wild Card Round. Then they just have to travel to Baltimore to take on the hottest team in the NFL and the front-runner for league MVP in Lamar Jackson in the Divisional Round. Done. What's next? Traveling, again, now to Kansas City to take on a Chiefs team that they already beat 35-32 earlier this season in Week 10. Ryan Tannehill threw for just 181 yards with two TDs in that game and the Titans got a little help from their defense with Rashaan Evans returning a fumble 53 yards to the house. The defense gave up some big chunk plays in that game with Mecole Hardman hauling in a 63 yard TD pass. They got gashed on defense, to be honest, giving up over 500 total yards but still came away with the win. 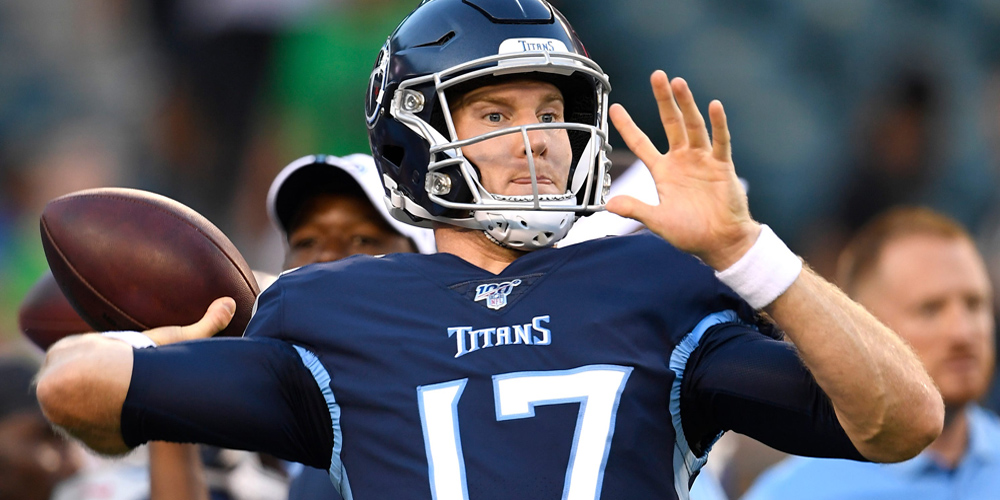 If the Titans want to win this game, they need to keep the same gameplan that has been working for them all postseason. Feed Derrick Henry. The man is on a tear and ripped through this Chiefs defense the last time they faced each other. He is their key to a victory and their first Super Bowl berth since 1999.

The Chiefs are coming off a wild win against the Texans last week. After being down 24-0 at one point, they turned it around and outscored the Texans 51-7 over the rest of the game. It was the fourth-biggest comeback in playoff history. While some may look at the fact that the Texans were still able to put up 31 points as a bad sign, the Chiefs defense actually stayed a pretty tight unit and 14 of those points came on miscues from the special teams unit with a muffed punt return and a blocked kick.

When these two teams met earlier this season, Pat Mahomes was just coming back from dislocating his knee but still put up 446 yards and three TDs. Tyreek Hill had a big day hauling in 11-of-19 targets for 157 yards and one TD. Damien Williams also went for over 100 yards from scrimmage. The team put up a season-high 530 yards of offense that day but still came out on the losing end. They haven't lost a single game since, winning their last seven games straight. That game was also on the road and now they get one of the best home fields in all of football on their side.

If the Chiefs want to win this game, they need to contain Derrick Henry, and that won't be so easy to do. Henry has carried the ball at least 30 times in each of his last three games and has put up historical numbers over that span. This is bad news for a Chiefs defense that ranked bottom eight in rushing defense this season, allowing 128 yards per game. Henry destroyed them on the ground in Week 10 carrying the ball 23 times for 188 yards (8.2 YPC) and two rushing TDs. He ran for more yards than Tannehill threw for. Henry alone can carry this team to another upset here if the Chiefs can't keep him in check. The Chiefs are looking for their first Super Bowl berth since they appeared in Super Bowl IV back in January of 1970. Andy Reid is also hoping to lift his curse of flopping in the postseason.

The regular-season matchup between these two teams earlier this season did not go well for Green Bay. The 49ers won that game 37-8 and they held Aaron Rodgers in check allowing just 104 passing yards and one TD in the game. It was easily the low-point of the season for the Pack as they totaled just 198 yards of total offense. Their defense allowed some costly big plays including a 42-yard TD to Deebo Samuel and a 61-yard TD to George Kittle. In hindsight, that game had huge playoff implications as it decided which of these two teams got home-field advantage for this very matchup.

It's hard to expect a similar outcome again in a playoff scenario, but when you look back at that game also and realize that the 49ers were without some of their top defensive players back then in Dee Ford, Kwon Alexander, and Joe Staley, it's all the more impressive. The 49ers are just about as healthy as they've ever been now and it showed last week when they dominated the Vikings 27-10. The defense only allowed 147 total yards in that game in a complete shutdown performance. This is what the Niners looked like earlier in the season, and they're regaining that elite form at just the right time.

I've tried to find a way to see how the Packers can win this game, and it just isn't there. They have been a hit and miss team all season and even in last week's win against the Seahawks, they were hot and cold throughout the game. I think they can keep it a little closer in this one, but when all is said and done, the 49ers are going to the Super Bowl.