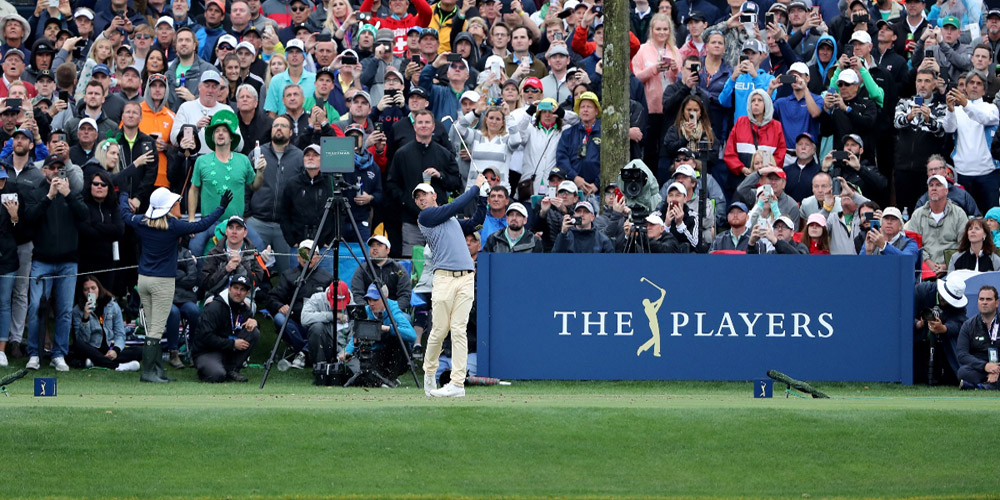 Big News:  FantasyData has launched a Daily Fantasy PGA Optimizer! Research, build, tweak and repeat the process until you are satisfied with each one of your lineups using our very own PGA Optimizer! FREE until April 9th.

It was a very tough test of golf last week with Bay Hill playing very difficult, but Tyrrell Hatton triumphed with a -4 despite shooting +2 in the final round - congrats to him on winning his first PGA Tour event! The unofficial 5th major of the PGA Tour arrives this week, and I couldn't be more excited for THE PLAYERS Championship with a super stacked field even with Tiger Woods on the shelf. The prize money is a whopping $15M this year, and the winner will take home the most money ever in PGA Tour history at a single event (outside of the FedEx Cup final) with $2.7M going to the victor and also getting 600 FedEx Cup points.

144 golfers have earned the right to compete this week at THE PLAYERS Championship, and the top 65 plus ties will make the cut after round 2 on Friday and play rounds 3 and 4 on the weekend. The last five winners at this huge event include 2019's champion Rory McIlroy, Webb Simpson won in 2018, Si Woo Kim hoisted the trophy in 2017, 2016 saw Jason Day as the top player, and Rickie Fowler was the best that 2015 had to offer. The winning score is typically in the mid-teens.

TPC Sawgrass - Stadium Course is once again the host course for THE PLAYERS Championship, it's a 7,189-yard track, a par 72, and the greens are Bermuda grass. Some of the key player stats to research this week for this difficult course are Strokes Gained: Tee to Green, Strokes Gained: Approach, Strokes Gained: Par 5s, Strokes Gained: Par 4s (450-500 yards), and Scrambling Gained. Improve your odds to win more PGA DFS contests with research and statistical tools.

Let's get to my top selections for this week - the 15 consists of my top 10 players to pay the piper for and 5 value picks (all 15 players are in no particular order), plus I include player salaries for DraftKings and FanDuel. I provide recent and seasonal finishes for each of my picks, their past 5 years of results at this event (when available), and mix in some interesting pieces of information as well.

Bryson DeChambeau (Salary: DraftKings - $9,100, FanDuel - $11,300) - "DeChamwow" has four top 8's in his past five starts and seems poised to have a great week at TPC Sawgrass this week. He was 20th here last year, 37th in 2018, and there's no reason to think the trend won't continue were he moves even further up the leaderboard to get inside the top 10.

Sungjae Im (Salary: DraftKings - $8,600, FanDuel - $10,400) - Im has really been on top of his game over his past two weeks with a win at The Honda Classic and a 3rd last week at Arnie's tournament. He was cut here last year in his rookie debut but should see great success this week as he carries tons of confidence with him after his first PGA Tour win.

Matthew Fitzpatrick (Salary: DraftKings - $7,300, FanDuel - $9,200) - Fitzpatrick shot the best round of anyone last week in the final round with a 69 to finish 9th. He is a perfect 8 for 8 this season between the PGA and European Tour and will see that streak extend to 9 this week. He was 41st last year in worse form than he is this season, was 46th in 2018, and was a cut in both 2017 and 2016, but don't let his past results dictate his future success as he's coming in hot and should be in the top 40 this week.

Taylor Gooch (Salary: DraftKings - $6,900, FanDuel - $7,000) - I'll continue to ride Gooch - he's paying off as he's made 12 straight cuts and is coming off a 13th last week. He missed the cut last year in his rookie debut, but he was missing lots of cuts at the time so it was more a result of a bad stretch than the course itself. Lucky number 13 is coming this week.

Christiaan Bezuidenhout (Salary: DraftKings - $6,800, FanDuel - $8,400) - Bezuidenhout turned some heads last week when he shot a 68 in round one and finished 18th. He has mostly played on the European Tour this season but in his three PGA starts he has a 17th, an 18th, and a 29th. He should do just fine this week in his first PLAYERS Championship.

Joel Dahmen (Salary: DraftKings - $6,600, FanDuel - $8,100) - Dahmen is coming off of back to back 5ths, has 4 top 10's this season, and just two missed cuts in 13 starts. He was 12th here last year after enduring four straight missed cuts, and that was his first go-around at this event. I wouldn't expect another top 12 despite him being in much better form this year than last, but you can expect a made cut with good upside.