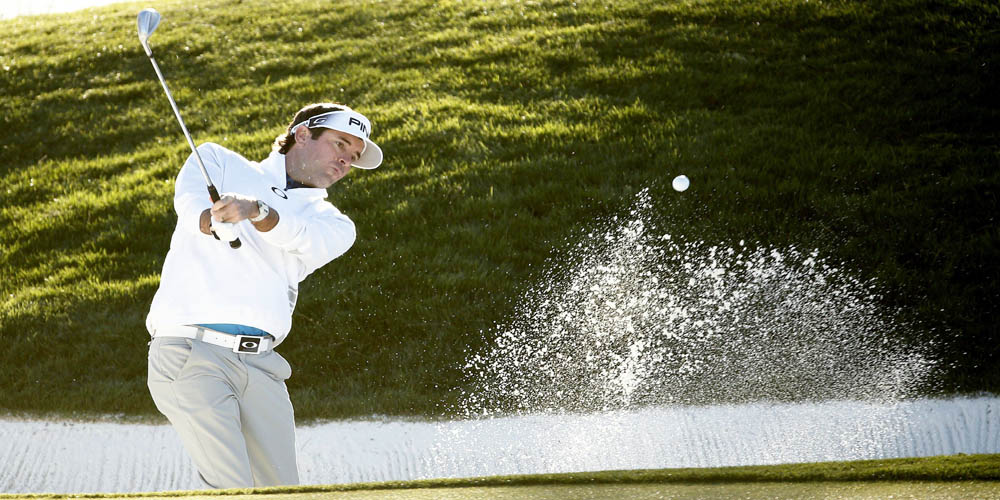 Congratulations to Marc Leishman for winning last week's Farmers Insurance Open. I was lucky to have him on one of my lineups and won a 951 lineup 25-cent GPP so thanks to him Rahm and Snedeker for coming up big time last week for me! This week sees a good-sized field of players with lots of big names on tap to compete in Scottsdale, Arizona, for the Waste Management Phoenix Open. The players will be competing for the $7.3M in prize money, with the winner snagging the $1.314M top prize and getting 500 valuable FedEx Cup points.

This week features a 132-player field, where the top 65 players plus ties will make the cut after round 2 and get the honor of playing rounds 3 and 4 on the weekend. Recent winners at this tournament include Rickie Fowler in 2019, Gary Woodland in 2018, Hideki Matsuyama in both 2017 and 2016, and Brooks Koepka in 2015 - rounding out the last five years of champions at this quality tournament where big-name winners are commonplace, at least in the past few years.

TPC Scottsdale - The Stadium Course is the usual course for this event, and this year is no different. The track is a 7,261-yard, par 71, and the greens are TiffDwarf Grass which is quite unique on the PGA Tour as is the par-3 16th hole which has stands surrounding the hole where thousands of fans cheer and jeer the players depending on the proximity to the hole of their tee shot. The winning score tends to hover around the mid to high teens so the course isn't overly difficult, it played exactly average last season, in fact. Some of the key player stats to research this week are Strokes Gained: Approach, Opportunities Gained, Birdies or Better Gained, Strokes Gained: Par 5s, and Proximity Gained 150-175 yards.

Let's get to the valuable intelligence you want - the 15 selections for this week, my top 10 players to pay heavily for are included and 5 value picks (all 15 players are in no particular order), plus I include player salaries for both DraftKings and FanDuel.

Rickie Fowler (Salary: DraftKings - $10,500, FanDuel - $11,500) - Fowler is coming off of a rare missed cut last week at the Farmers Insurance Open, but I smell a nice rebound this week as the defending champ had extra time on the weekend to practice in his bid to defend his title this week. Last year he finished 66th at the Farmers and then won here, so a similar situation could play out again this year after finishing 80th last week. He was 11th in 2018, 4th in 2017, and 2nd in 2016, so he has an impressive track record at this event.

Justin Thomas (Salary: DraftKings - $11,200, FanDuel - $11,900) - Thomas couldn't find his game in So Cal last week and as a result, missed the cut to finish 82nd. That's very unlike him and it comes after winning the Sentry Tournament of Champions - his second win of the season. Much like Fowler, I expect a big bounce back this week in Arizona and why not as he was 3rd here last year, 17th in 2018, and 17th in 2015.

Hideki Matsuyama (Salary: DraftKings - $10,100, FanDuel - $11,300) - The 2017 and 2016 winner here is coming off his second-worst finish of the season with a 45th last week but he will surely be ready for lots of birdies this week in more comfortable surroundings. Matsuyama was 15th here last year, 2nd in 2015, 4th in 2014, and those two wins cap off an extremely impressive resume at this event.

Sungjae Im (Salary: DraftKings - $8,800, FanDuel - $10,500) - Look up consistency in the dictionary and you should see a picture of Im as he just keeps finishing strong. Every one of his finishes this season have been top 50's out of his 9 starts and he has three top 10's. He was 7th here last year in what was his first start at the Phoenix Open - expect something similar this week with upside.

Scottie Scheffler (Salary: DraftKings - $8,500, FanDuel - $9,900) - Scheffler was rolling right along this season with 8 straight made cuts and 4 top 10's before he was derailed last week to miss the cut. He is making his tournament debut this week and I expect a sound showing from the young stud who should see a win at some point this season.

Denny McCarthy (Salary: DraftKings - $7,200, FanDuel - $8,600) - McCarthy has made all of his 9 cuts this season and has 3 top 10's to boot. He was 33rd here last year as a rookie after two straight missed cuts before and after the event so this course seems to agree with him. Expect him to make another cut this week with a decent chance at finishing top 30.

Talor Gooch (Salary: DraftKings - $7,000, FanDuel - $8,200) - Gooch has made 8 straight cuts. He missed the cut here last year in his rookie debut but I see his streak continuing this week and should finish top 40.

Refine and tweak your lineups as needed until contest lock time on Thursday morning, and best of luck for successful finishes on Sunday!