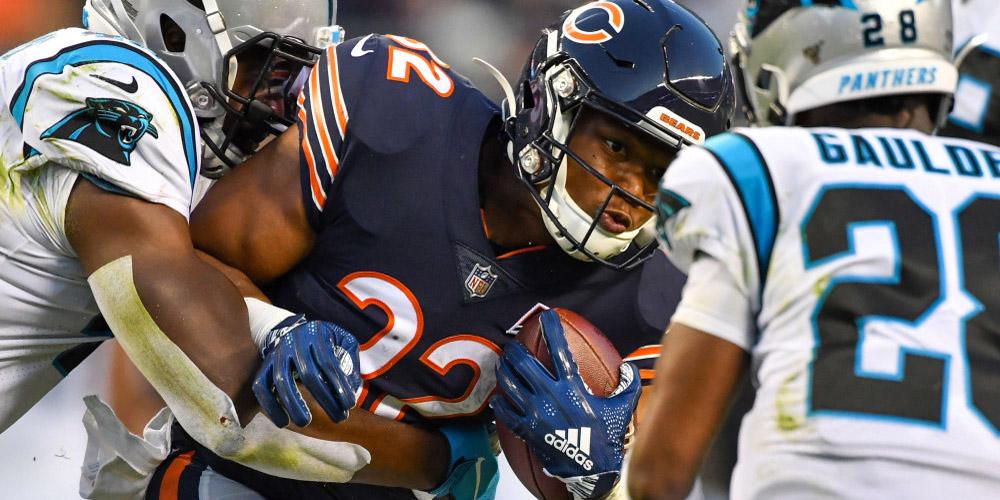 Do you like reading about fantasy football bold predictions? If the answer is yes then you're in the right place. The intent is to present predictions that aren't too outlandish and that could actually come to fruition based on personnel changes, advanced metrics, coaching changes, and other information. With this in mind here are 10 bold predictions for Week 12.

Hill had a solid debut as the Saints' new starting quarterback last week. He completed 18 of 23 passes for 233 yards, rushed 10 times for 51 yards and two touchdowns against the Falcons. There were some missed opportunities to connect with his receivers including a 45-yard pass that was underthrown to Emmanuel Sanders. Hill faces a Broncos defense that has allowed an average of 18.3 fantasy points per game to quarterbacks this season. Denver recently allowed monster performances from Justin Herbert and Matt Ryan. Hill will continue to thrive as the Saints starting lineup with all of the offensive weapons they have. Everyone should be even more in sync against the Broncos in Week 12.

Taylor had his most productive game of the season last week against the Packers. He rushed 22 times for 90 yards and caught four of four targets for 24 yards. Taylor's opportunity share was very encouraging considering the committee that he's a part of with Nyheim Hines and Jordan Wilkins. He has the potential to have the best game of his career in Week 12 at home against the Titans behind the Colts elite offensive line. Running backs have averaged 27.2 PPR fantasy points per game against Tennessee's defense over the last five games. Taylor has five rushing attempts of 15 yards or more this season. He's well-positioned to add to that number in Week 12.

Montgomery has been one of the few running backs blessed with a high opportunity share (69%) but has been unable to capitalize behind the Bears subpar offensive line averaging a dismal 0.63 fantasy points per opportunity. He’s running hard with a solid 1.43 yards created per attempt. This metric measures all yards above and beyond what was blocked. Yards created are generated by the runner after the first evaded tackle. Hopefully, Matt Nagy and the Bears coaching staff used the bye week wisely to retweak their inept offense. Montgomery has a great matchup to have his most productive fantasy day of the season. The Packers defense has allowed an average of 22.3 PPR fantasy points per game to running backs over its last five games.

Antonio Brown has his first WR1 performance of the season

Brown has accumulated 26 targets through three games with the Buccaneers. He’s also seen a steady dose of air yards, but has yet to score a touchdown. That could change against the Chiefs this week. Tom Brady will want to bounce back after a disappointing performance in Week 11. The Buccaneers and Chiefs have a Vegas total of 56 points.

Shepard and Jones have developed an excellent rapport with one another. He’s averaged 14 PPR fantasy points per game over the Giants last four games. Shepard is doing a very good job separating from defenders with the eighth highest target separation (2.11) among receivers. He’s tied with Davante Adams in this advanced metric. Shepard faces a Bengals secondary that has allowed an average of 45 PPR fantasy points per game to wide receivers over their last five games. 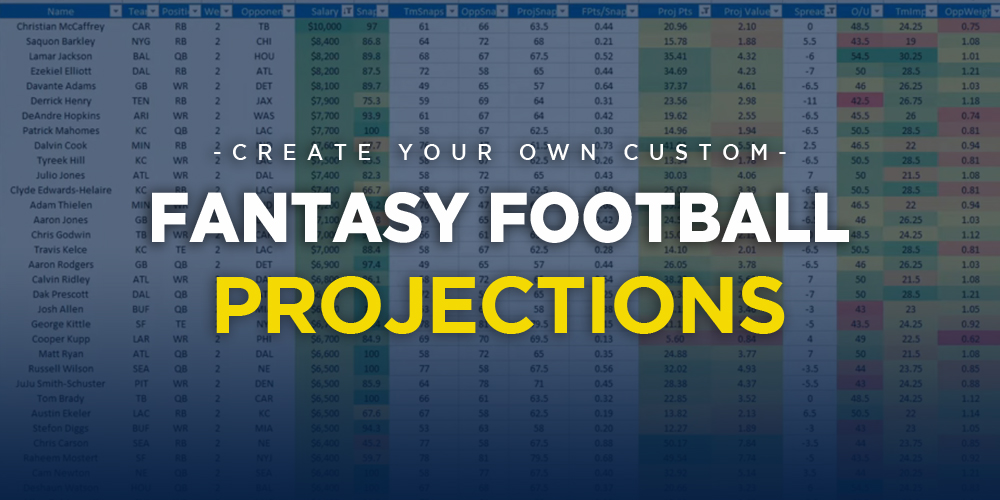 Check out our latest video tutorial on how to create your own custom Fantasy Football Projections! This detailed video tutorial walks you through how to use FantasyData's projections to create a custom projection tool that requires little upkeep week to week for you to gain an edge in fantasy leagues and daily fantasy slates.

The best part is FantasyData currently has a Black Friday Sale on its season passes!! Get 30% off Season Passes at FantasyData this week for the remainder of the NFL 2020 season. But hurry, after Cyber Monday ends (11-30), so does the savings!