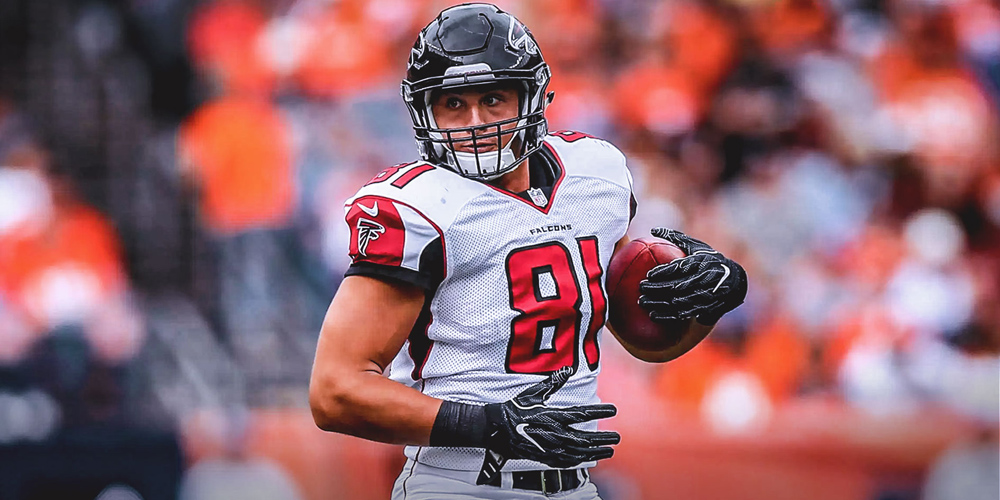 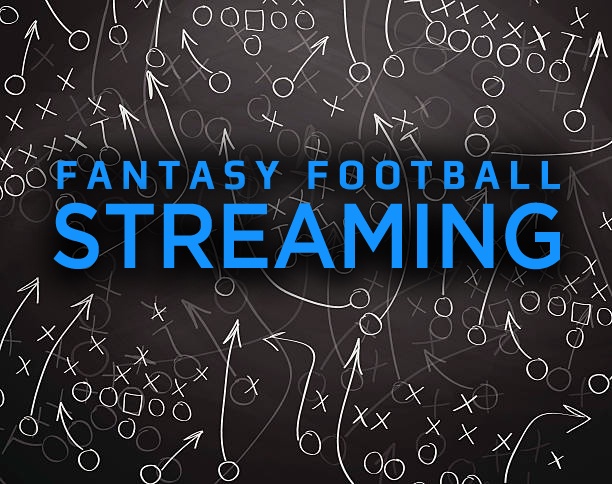 In Week 7, the Ravens, Vikings, Dolphins, Colts have their bye weeks. With that, we look at replacements for quarterbacks, tight ends, and defenses. This week it feels like it's full of streaming picks, which means that it likely doesn't work out the way we expect. Some of the streaming quarterback options provide top-12 upside. Meanwhile, the streaming tight end options project as touchdown-dependent guys who we hope to finish with 40-50 receiving yards.  The two heavily favorited streaming defenses have flaws but look like a decent play in Week 7. Let's dive into the fantasy football Week 7 streaming picks.

The 1st rookie in NFL history to throw 4 touchdowns on #MNF?

Teddy Bridgewater, QB at NO

Although Teddy Bridgewater struggled in Week 6, fire him up again as a streaming quarterback option in Week 7. Last week he faced the Bears, who allowed the second-fewest fantasy points to quarterbacks. In Week 7, Bridgewater faces a struggling Saints defense that allows the 4th most fantasy points to quarterbacks. Before Week 6, Bridgewater threw 1,461 passing yards (No. 6), 8.2 yards per attempt (No. 9), and six passing touchdowns (No. 22). Expect the passing touchdowns to increase moving forward if Bridgewater continues to average 292.2 passing yards per game. Bridgewater ranks as the second-best streaming quarterback pick in Week 7 behind Herbert.

It's time to start giving Teddy Bridgewater the respect he deserves in 2020:

Gardner Minshew faces the Chargers defense that allows the 3rd most fantasy points to quarterbacks. Through five weeks, Minshew tossed 1,439 passing yards (No. 9), ten passing touchdowns (No. 7), and a 7.3 yards per attempt (No. 19). Minshew finished top-13 or better in four out of five weeks and heads into another juicy matchup. He also averages 17.4 rushing yards per game and provides a safe floor with the top-12 potential at quarterback. I trust the weapons and production for Bridgewater more than Minshew. However, either quarterback could switch places as the second or third best Week 7 streaming quarterback picks.

Andy Dalton, QB vs. WAS

After watching Andy Dalton on Monday Night Football, recommending him comes with hesitation. However, the Washington Football Team allows the 6th most fantasy points to quarterbacks. The offensive pieces on the Cowboys should elevate Dalton’s fantasy performances, but the offensive-line injuries may impact him as well. Dalton ranks as a risky deep-league streaming quarterback.

With how awful the tight end position looks this season, Austin Hooper surprisingly ranks as the top streaming tight end pick in Week 7. Through five weeks, Hooper averages 5.4 targets per game and earns a 19% target share (No. 8). Although Hooper only averages 7.7 fantasy points per game (No. 27), it’s partly due to the lack of touchdowns with only one on the season. The Bengals rank middle of the pack and allow 7.5 fantasy points per game (No. 16). Trust the target share for Hooper and fire him up as the top Week 7 streaming tight end pick.

Before last week, Robert Tonyan caught five touchdowns on 13 receptions for a 38.5% touchdown rate that screamed touchdown regression. We’ll note that Tonyan’s production came with Davante Adams banged up. With Adams back in the lineup in Week 6, Tonyan caught three of four targets for 25 receiving yards. Sure the Packers offense struggled against a stingy Buccaneers defense, and thus his Week 6 line is not exciting. Tonyan faces a Texans defense that allows the 19th most fantasy points to the tight end position, meaning it’s not that friendly. Look for a bounceback game against the Texans, and Tonyan ranks as the second-best streaming tight end option in Week 7.

Eric Ebron faced two juicy matchups for tight ends, but disappointed with ten targets, seven receptions, and 52 receiving yards with one lost fumble. The Browns allow the 8th most fantasy points, and the Eagles allow the 5th most fantasy points to tight ends. In Week 7, Ebron faces the Titans defense that allows the 11th most fantasy points to the tight end position. It seems like Ebron is losing targets to exciting rookie Chase Claypool, and rightfully so. Through five games, Ebron averages that typically streaming tight end line of 3.5 receptions and 39 receiving yards per game. In this range of tight end, we’re hoping for him to fall into the endzone. Ebron is also featured in our Week 7 Start'Em Sit'Em article this week.

Hey, what do you know, Logan Thomas scored a touchdown last Sunday. He consistently received four or more targets in all six games, but he lacked the fantasy production in Week 4 and 5 with two catches for 12 receiving yards. Through five weeks, Thomas ranks 5th with 32 targets and 9th with an 18.7% target share but ranks 18th with 14 receptions and 30th with 106 receiving yards. The Cowboys rank as of the worst defenses across the board, and they allow the 7th most fantasy points to the tight end position. With the friendly matchup, Logan Thomas ranks as only a deep league streaming tight end pick in Week 7.

Beautiful toe-drag TD by Logan Thomas on the pass from Kyle Allen!

The Saints currently project as a 7.5 point favorite with a 51 point over/under. Although we like the heavy favorite, the Panthers offense has a few offensive weapons in Robby Anderson, D.J. Moore, and Mike Davis. It doesn’t sound like Christian McCaffrey will return in Week 7, or at least there’s a lot of uncertainty surrounding when he will return. The Saints allow the 15th most passing yards but allow the 5th fewest rushing yards per game. Unfortunately, the Saints' defense for fantasy purposes only created three interceptions and two fumble recoveries while allowing the 9th most points per game (30.0). On the flip side, they recorded three sacks in four out of five games. Although there’s some risk here, the Saints rank as one of the top Week 7 streaming defense picks.

The Browns rank top-5 in rushing yards allowed on defense and the Bengals allowed the 3rd most fantasy points to the opposing defense, meaning fire up the Browns this week. In the battle of Ohio, look for the Browns to focus on keeping Joe Burrow in check after allowing him to attempt 61 passes for three touchdowns. Unfortunately, the Browns rank in the bottom-6 in passing yards allowed. Browns defenders sacked Burrow three times earlier in the season, and teams sacked Burrow 24 times through six games, with seven coming against the Ravens. Expect the Browns to sack Joe Burrow a few times with the chance of a turnover.

Another streaming defense that's a heavy favorite in Week 7 - the Los Angeles Chargers. Similar to the Saints, the Chargers project as heavy eight-point favorites with a 49 point over/under. The Chargers rank middle of the pack at 14th in points allowed yet allowed 30 points or more in their last two games. On the flip side, the Jaguars rank in the bottom five with 20.8 points per game. The Chargers have a top-10 rushing defense yet rank in the bottom five in passing yards allowed. Again, some risk here, but plug in the Chargers as a streaming defense option in Week 7.