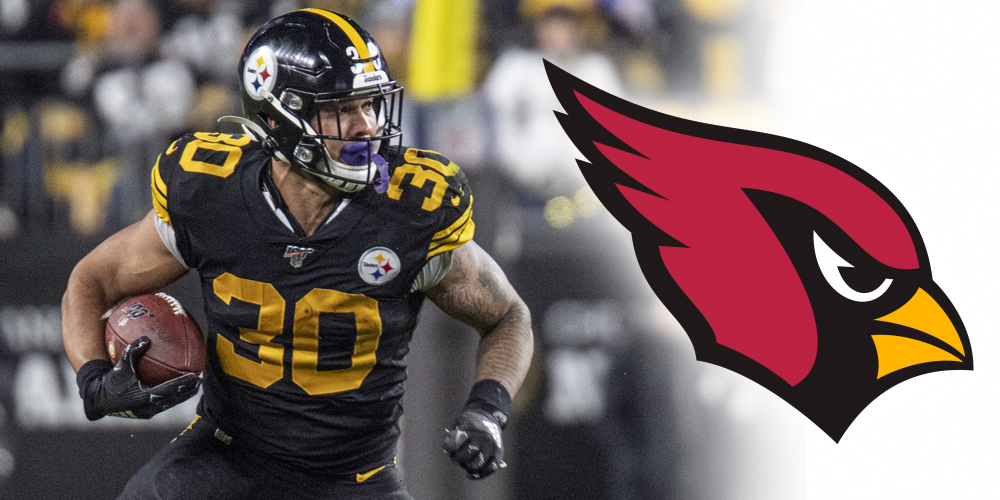 Fifth-year free agent running back James Conner has signed a one-year deal with the Arizona Cardinals. Conner, 25, played his first four pro seasons with the Steelers, acting as Pittsburgh's main rusher after the club parted ways with Le'Veon Bell.

The signing makes sense for both sides, as Arizona was one of the few NFL teams that had an opening for a starting running back job after incumbent starter Kenyan Drake joined the Raiders. Conner overcame cancer, has battled injuries throughout his pro career but been a solid contributor when active.

It is expected that Conner will take over Drake's role for Kliff Kingsbury, which was a lucrative gig last season. Drake finished the 2020 campaign as the No. 15 running back in PPR leagues, thanks in large part to a healthy 10 rushing scores in 15 games. Drake also chipped in 25 receptions, while Conner has shown a decent nose for the end-zone as well as solid receiving chops.

Ideally, The Cardinals will utilize Conner in that Drake role, which means their new acquisition will take the majority of the first- and second-down carries and get the goal-line looks. Even though he was limited to 13 games last season, Conner punched in six rushing scores and caught 35-of-43 targets.

While Conner is a better receiver than Drake, the majority of the backfield targets will go to Chase Edmonds, who scored 10.5 PPR points per game as the Cardinals' RB2 in 2020. Edmonds only received 97 rushing attempts last season but 25 of those came in one game. Edmonds had six or fewer carries in 12 of his other 15 tilts. Edmond did, however, finish the season seventh among all NFL running backs with 53 receptions and turned 68 targets into 402 receiving yards and four touchdowns. 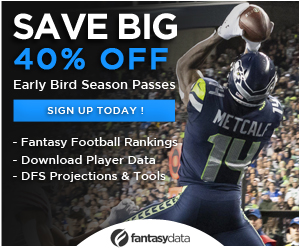 The 10.5 PPR points per game that Edmonds accumulated were two full points fewer than Conner and Drake posted last season. Overall, Arizona finished 4th in the NFL with 22 rushing touchdowns last season. While QB Kyler Murray is a solid bet to run in 8-plus scores himself, Kingsbury's fast-paced, high-octane offense should lead to plenty of opportunities for Conner to punch in plenty of goal-line totes.

Murray made great strides as a passer during his sophomore season, improving his accuracy, yards-per-attempt, touchdowns, turnovers, and finishing the season as the overall No. 2 fantasy signal-caller. Along with being one of the best running quarterbacks in the league, Murray will also have an improved supporting cast in 2021.

The Cardinals added WR A.J. Green to the fold, giving Kingsbury a formidable receiving corps of DeAndre Hopkins, Green, Christian Kirk, and Andy Isabella. Add in the fact that both Edmonds and Conner are excellent pass-catchers and opposing defensive coordinators are going to have a tough time trying to combat a scheme that can slow Arizona's offense down.

Because Conner has been so limited by injuries, he's kind of flown under the radar, but Conner was solid last season. According to FantasyData's advanced efficiency metrics, Conner finished 15th with a 25.5% juke rate, evaded 52 tackles (also 15th), and tied D'Andre Swift for 10th in the league with a 5.3% breakaway rate. These show that Conner is more than capable of filling in as a solid RB2/3 and is an excellent value at his currently deflated ADP.

Early Zero-RB drafters should be particularly interested in targeting Conner before that number rises throughout the offseason.

The window to cash out high on Chase Edmonds has closed for dynasty managers, but that doesn't mean that Edmonds can't be a solid PPR contributor. Like Conner, Edmonds is also a solid Zero-RB target in the mid-to-late rounds, but as long as Conner is healthy, Edmonds won't receive more than a handful of carries per game.

The Cardinals have also been linked to a running back as early as the first round of the 2021 NFL Draft. The addition of a potential three-down stud like Najee Harris or Travis Etienne would torpedo Conner's value but any rookie rusher could play his way into the mix quite early.

Conversely, Conner's signing should allow Kingsbury and Steve Keim to fortify the other side of the ball, targeting a much-needed shutdown cornerback or edge rusher with the 16th pick.