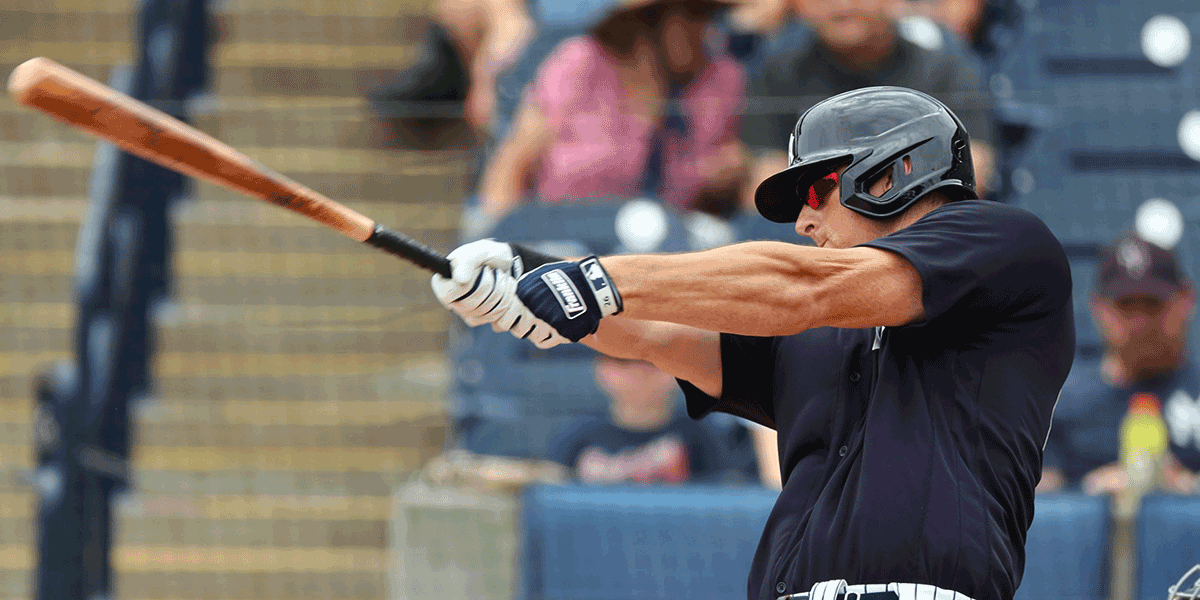 Wednesday, provides us with an eight-game main slate of baseball with the first pitch coming at 7:05 p.m. ET. There are no weather concerns tonight and we don’t have a game in Coors field so ownership should be fairly balanced across the slate. There are a lot of low totals tonight so we need to pick our spots carefully with our bats.

Jazz Chisholm Jr. MIA @ WAS ($5,300) — The Miami Marlins have one of the lower run totals on the board at 3.80. That doesn’t mean there is no room for fantasy production in the lineup.

Jazz Chisholm Jr. just destroyed the Atlanta Braves pitching staff on Saturday, putting up 43 DK points. The young phenom is doing it with power and speed. Nine of his 14 hits on the season have gone for extra bases and he has four stolen bases to go along with a solid .286 batting average.

Erick Fedde struggles against lefties, allowing a .325 batting average against so far in 2022, and didn’t fare much better in 2021 when he allowed batters to hit for a .290 average across 65.2 innings. The Nationals' number three starter also allowed 13 home runs over that span to batters on that side of the plate. Another factor favoring the 24-year-old is the fact that he has an 83.52% contact rate against Fedde’s most popular pitch, the fastball sinker. Look for Chisolm Jr. to put the ball in play often tonight.

D.J. LeMahieu BAL @ NYY ($4,600) — There may not be a hotter hitter in the league than D.J. LeMahieu. The Yankees utility man has a twelve-game hit streak and is coming off back-to-back multi-hit games. DJLM has upped his batting average to .339 on the season and is batting leadoff in an offense that has scored 20 runs in their past two games after scoring just 18 runs across the previous six contests.

On the mound for the Baltimore Orioles is Tyler Wells. The 27-year-old enters the game with a 6.75 ERA and a 1.88 WHIP on the season. Wells primarily features a fastball versus right-handers (52.48%) that averages a velocity of 94.91 MPH. Over the past two seasons, LeMehieu has a contract rate of 89.58% against that type of pitch to go along with a 45.16% of balls hit hard. The second most frequent pitch that the Orioles starter brings against right-handers is the slider (37.09%). The leadoff man for New York handles that pitch well also, making contact 81.07% of the time. The hot streak should continue this evening in the Bronx.

Joey Wendle MIA @ WAS ($4,100) — We are going back to the well versus Erick Fedde due to his struggles with hitters from the left side of the plate. Joey Wendle has quietly strung together three straight double-digit DK point performances and is hitting .362 on the season. As is the case with Chisholm Jr., Wendle is flashing some speed here and there as well, swiping three bases on the young season.

The Marlins are middle of the pack in the league with 4.00 runs scored per game but are producing counting stats for fantasy across the board. When discussing Jazz earlier, we mentioned that Fedde features the fastball sinker most frequently against lefties (34.82%). Wendle happens to excel versus that pitch with a 90.91% contact rate to go along with an average 33.33% hard-hit rate.

The journeyman also makes solid contact with the second most popular pitch thrown by the Nationals starter, the fastball-cutter. Wendle makes contact 76.56% of the time with that particular pitch and maintains the so-so 33.33% hard-hit rate here as well. The 32-year-old has never been known for his power but can hit for average and steal us some bases. Ride the hot streak and hope for a fourth straight double-digit performance tonight against a sub-par pitcher and a bullpen that is 10th worst in ERA thus far for 2022.

Pablo Lopez MIA @ WAS ($9,900) — We are staying in the nation's Capital with the first of our favorite arms of the night. Pablo Lopez has been flat-out dominating across the first three starts of the season. Thus far, the number two starter for the Marlins boasts an ERA of just 0.52 and has an equally impressive WHIP of just 0.75. The Venezuelan also is striking out a batter per nine innings pitched and has allowed a paltry batting average of .164 thus far on the season.

The Nationals do not strike out a ton, averaging just 7.68 per contest on the season, good for fourth-best in the majors. On the other side of that stat is the fact that Washington is the 25th worst in the league in terms of runs scored with 3.37. Coincidentally they are projected to score just 3.21 runs tonight, good for the fourth-lowest total on the slate.

None of the projected hitters in the Washington lineup has hit Lopez while outside of Juan Soto. The star outfielder has gone eight for 19 against the right-hander with two home runs. Lopez will likely work around the left-hander. We are paying up for consistency here. The Marlins starter has gone at least five innings in his first three starts and boasts a season-low of 16.4 DK points. Look for that to be the floor tonight with the temperature and the wind favoring the pitchers.

Shohei Ohtani CLE @ LAA ($9,000) — Anytime Shohei Ohtani is on the slate, you have to at least consider him as a play. The strikeout potential is through the roof as evidenced by the 12 Ks in six innings pitched last week against the Houston Astros. We also have to be prepared for the occasional blowup game like the one we saw the start prior versus the Texas Rangers.

Ohtani gave up six earned runs in just 3.2 innings in that one, but somewhat “salvaged” the day for fantasy managers with five strikeouts. However, 1.5 points from someone you paid big money for is going to eliminate you from contention right away. Lopez is the safe play tonight and the modern-day Babe Ruth is the risk/reward play.

The Guardians land in the middle of the league in terms of strikeouts per game with 8.35 per contest. Thanks to some early season success, they also average the ninth most runs per game with 4.47. However, over they have scored just eight runs across their last five games and that includes four in one game on Saturday versus the New York Yankees.

Ohtani should fare well here against a struggling offense and Cleveland has the third-lowest total on the board at 3.05. The ace is in a good position to earn the extra points for a win here as well as Los Angeles is a -208 Moneyline play, second largest behind the Yankees against Baltimore (-258).

Michael Pineda DET @ MIN ($6,800) — This is a play that comes with some risk but also should carry with it low ownership and 20 plus point upside. Michael Pineda made his first start of the season on April 21st against his former team, the New York Yankees. The injury-riddled starter fared well, going five scoreless innings and allowing just three hits, and striking out two batters. The journeyman threw just 60 pitches as his spring training was delayed due to some issues with a visa.

The Minnesota Twins are another former team of Pineda’s and they rank fifth in the league in strikeouts per game with 9.35 and are 21st in runs per game with just 3.71. Carlos Correa has a great history against the veteran but is not projected to be in the lineup. Look for the pitch count to be extended in this one and an increase in strikeout totals as well. For just $6,800 we don’t need much more than 15 points, but we have the potential to get 20 or more here. This is one of our favorite plays of the night.

There are some good spots to attack tonight and some value out there to fit in some of the high-priced plays discussed here. We are on the Marlins a bit and think they should be on the lower side of ownership. Check out our lineup below to see what else we like. Thank you for reading.