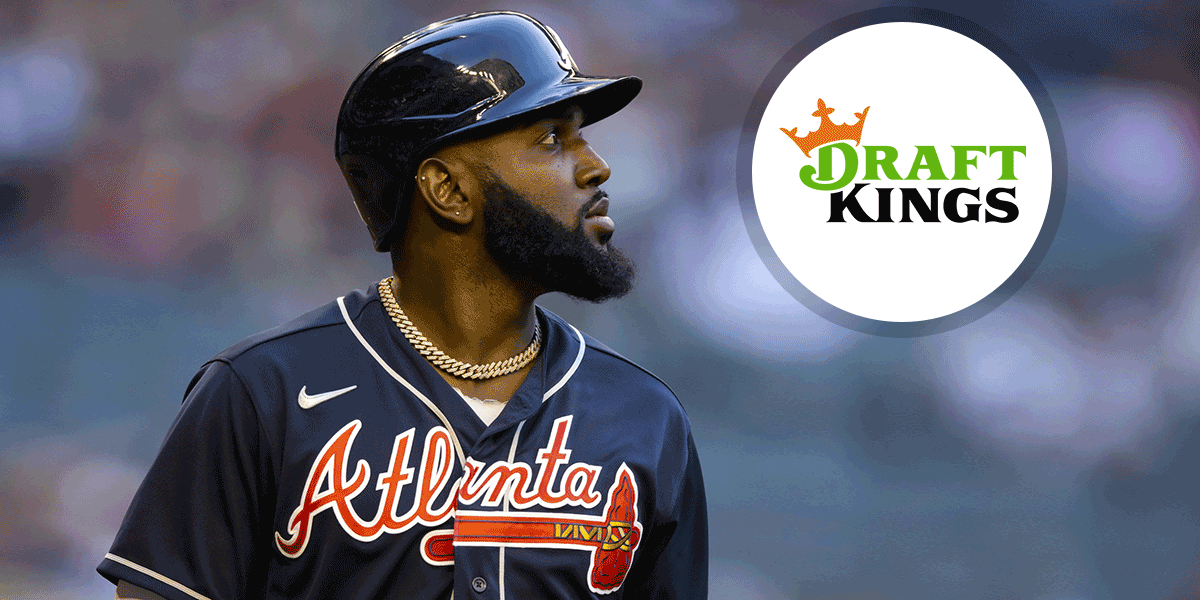 Wednesday, June 15th provides us with a nice-sized nine-game main slate of baseball with the first pitch coming at 7:05 p.m. ET. Despite a large number of games, we are not left with a ton of great options at pitcher. The top pitchers on the board all come with some concerns due to the matchup, even Nester Cortes.

If you are a regular reader of this column, you know that we have been suggesting Nasty Nester for several weeks in a row. Last week that bit us in the butt. This week we are fading despite a free-swinging matchup against the Rays. The K upside is there but the concern is the Tampa Bay .318 WOBA against lefties. Ownership will also likely be high so we are going to try and be a bit contrarian tonight.

Jack Flaherty is making his debut but is being limited to 60 pitches. At $8,100 it is hard to justify rostering him tonight in a cream puff matchup. We also need to subtract two pitchers due to the game being played at Coors Field.

Fortunately, we have no weather concerns tonight so we can set it and forget it. The Atlanta Braves have been crushing opponents' souls of late and have won 13 in a row. Ownership will gravitate towards them tonight and so will we. Fade them at your own risk. The matchup against Eric Fedde is far from scary.

Willson Contreras SD @ CHC ($4,400) — The wind is blowing out to left tonight in Wrigley. Speaking of left, Willson Contreras destroys left-handed pitching to the tune of a .298 average with five home runs in just 47 at-bats. On the mound for the San Diego Padres is Ryan Weathers. The second-year pro started with a bang in 2021 but faltered after the all-star break and was relegated to the bullpen.

The Cubs have a slate high 6.2 projected run total and may fly under the radar tonight as the Braves, Guardians, and the Rockies will garner a lot of attention. We are stacking up against the southpaw tonight and starting our build with the catcher. The other Cubbies in our lineup fare well against lefties as well.

Marcell Ozuna ATL @ WAS ($4,100)  — We mentioned in the open that the Atlanta Braves are red-hot. Marcell Ozuna is doing his part to help with home runs in consecutive games during the team's visit to the Capitol. The outfielder is facing a familiar foe tonight in Eric Fedde and owns a 1.444 slugging average against the right-hander, with two home runs in just nine at-bats.

Vegas has Atlanta sitting at 5.3 runs tonight. This is just the eighth-highest on the slate. Perhaps that helps keep managers off of them and allows us to gain some leverage in ownership numbers. Either way, we are riding the hot hand in a good matchup regardless of what the percentages may shake out to be. More on that next.

Michael Harris II ATL @ WAS ($2,900) — Speaking of high ownership percentages, Michael Harris may top all hitters tonight. Harris has been a pleasant addition to the bottom of the potent Atlanta Braves lineup, hitting .317 with two home runs, nine RBIs, 11 runs, and two stolen bases on the season. Fedde struggles against left-handed batters, allowing a .348 WOBA against and serving up four home runs in 29.1 innings.

The fixture in the nine-hole for Atlanta has done so-so against righties early on in his career, going 10 for 38 (.263 BA) with a home run. For some reason, DraftKings refuses to adjust the salary of the outfielder even though the 21-year-old has put up double-digit DK points in five of the last seven. We only need a hit or two to reach value here and recent trends tell us that should be no issue tonight.

Shane McClanahan TB @ NYY ($10,400)— We noted in the open that the top-tier pitchers tonight all have matchup concerns. Recommending a pitcher against the New York Yankees is never easy. We simply cannot ignore how good Shane McClanahan has been, even against the Bronx Bombers. The leftie is averaging a slate-leading 26.6 DK points per contest and posted 25.3 points in the first matchup between the AL East rivals.

McClanahan has scored 17.5 or more points in every start and has only been under 20 points in three of 12 starts. That is the type of consistency we look for in DFS. One note of concern is the Yankees' .334 WOBA against left-handed pitching. However, the Baltimore native has a 28.3% K rate against this roster and has only allowed a .259 batting average against and an exit velocity of 90.1 MPH. We are hoping the matchup keeps ownership numbers down tonight.

Jose Berrios BAL @ TOR ($8,900)— Did the real Jose Berrios finally stand up? It appears the former Twins ace is close to returning to form, putting up solid starts in three of the last four contests. On tap, tonight is a Baltimore Orioles team that is sixth in the majors with a whiff rate of 27.0%. The right-hander is coming off back-to-back 25-plus point performances with a showing of 26.4 and 38.2 points respectively.

Baltimore has the second-lowest projected total on the board tonight at just 3.5 runs. This is just behind the Tampa Bay Rays who face off against Cortes who we discussed in the intro. Berrios has fared well against this current Orioles roster, allowing just a .255 BA against and an impressively low exit velocity of 84.5 MPH across 52 plate appearances. Look for the veteran pitcher to continue his winning ways.

Roansy Contreras PIT @ STL ($6,900) — There is not a ton to like in terms of salary savers tonight but one player stands out from the crowd and that is Pittsburgh Pirates right-handed pitcher Roansy Contreras. The St. Louis Cardinals are one of the best teams in the majors in terms of plate discipline but also are in the bottom 10% of the league in hard-hit percentage.

Contreras has posted double-digit performances in five of six, including a 25.2 DK point performance against the Arizona Diamondbacks. The last outing was average at best but that was against a tough Atlanta Braves team we covered at length earlier. The 22-year-old has an impressive 33 Ks through just 28 innings and sports a 2.57 ERA and a 1.18 WHIP. We just need a few strikeouts and the second-year pro to limit contact early to return value. We think that will be the case tonight and feel comfortable suggesting him.

There are certainly some places where you can pay up for bats and if you do, you will need to roster Roansy Contreras to get to them. We have four teams with implied run totals under six. This is a bit unusual but if you are chasing bats, look to the Blue Jays (6.2), Cubs (6.2), Rockies (6.2), and the Indians (6.1) for the most upside. Good luck tonight fellow DFSers. 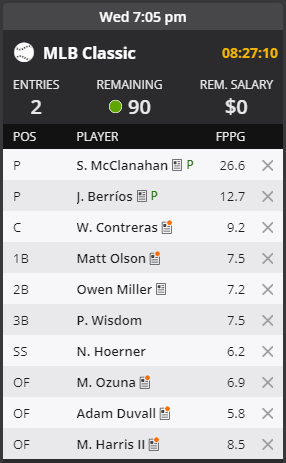