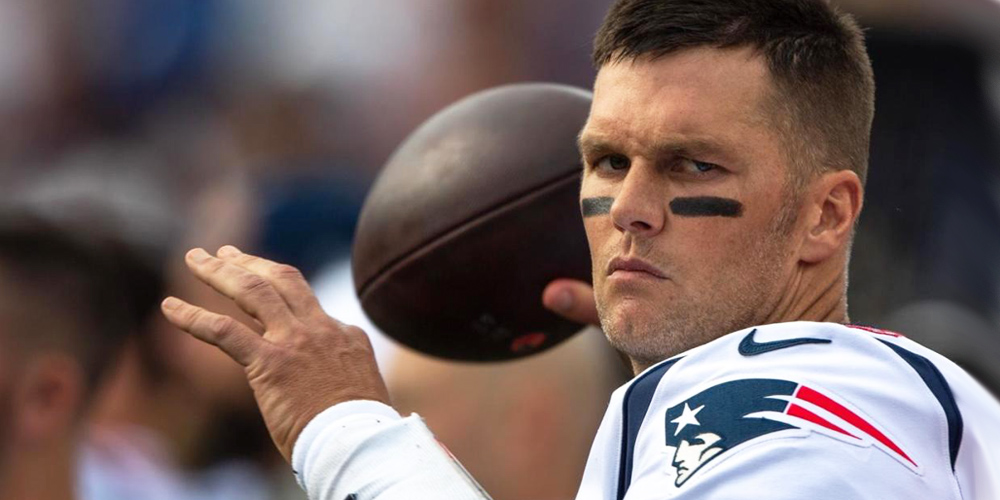 We made it through the regular season and now it is time for the most exciting part of the year! The NFL playoffs are upon us and first up we get four games of wild card action. There will be two games on Saturday and two games on Sunday which helps spread out the excitement. If you've been following our weekly pick'em articles here this season, you know that I had a pretty good season as far as accuracy is concerned. I beat Betting Antelope's impressive machine learning model in our weekly battle here at Fantasy Data and I was featured as one of the most accurate pick'em specialists over at Tallysight. So, for the playoffs, we're going to keep the good times rolling and offer the same picks and analysis of each playoff game all the way up to the Super Bowl! Without further ado, let's get to the content! 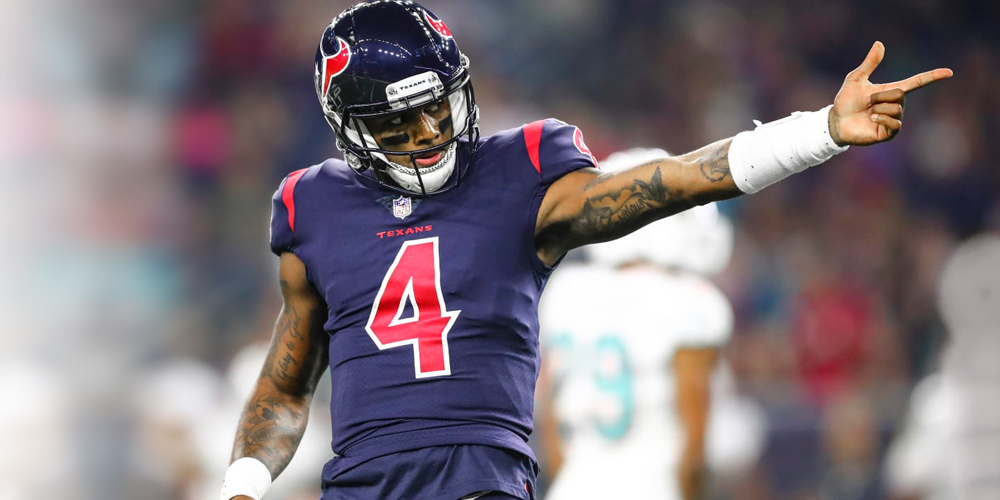 The first matchup of wild card weekend will feature two teams who haven't had the best of luck in the playoffs in recent years. The Bills haven't won a playoff game since 1995, going 0-4 since then in the postseason. They ended the season on a fairly shaky note losing three of their last four, but they also had some tough opponents and rested starters in Week 17 against the Jets. The story of the season for the Bills has been their defensive strength and plus rushing game. They don't have a prolific offense but may not need one against a Texans defense that has been fairly generous to opponents.

One of the bigger stories coming into this game for the Texans is the return of Houston hero J.J. Watt to the battlefield. If near full health, Watt will be a welcome sight to a defense that has gotten gashed both through the air and on the ground all season. The defense is desperate for a more fierce pass rush. Outside of their bizarre loss to the Broncos recently, the Texans still managed to finish the season on a pretty strong note by knocking off the Patriots, out-dueling the Bucs and splitting a series with a hot Titans team. The Texans have been knocked out of the wild card round in two of their last three playoff appearances including their no-show last season where they lost 21-7 to the Colts.

The Bills are the favorite pick across the board this week despite the Texans coming into the game as the actual favorite to win. I'm siding with the strength of the Bills defense to help them move on to the next round in this one.

The second game of the Saturday slate isn't quite as close as the early game on paper, but there is plenty of intrigue and potential for upset here. The Titans have been reborn under Ryan Tannehill who now looks like the comfortable choice as the franchise QB going forward. The Titans offer a well-rounded threat right now with regular-season rushing king Derrick Henry in the backfield and Ryan Tannehill finding a quick connection with rookie wideout A.J. Brown. We all know Belichick's master plan of erasing the opposing team's biggest threat and forcing them to beat them with their weaker offensive options. But that won't be so easy to do against this suddenly diverse offensive unit. There are a lot of trends going against the Titans in this though like the fact that they haven't won a game in New England since they were the Houston Oilers in 1993. This also marks Tannehill's first career postseason appearance which could be a daunting experience against arguably the most ferocious dynasty ever.

We know the story all season with the Patriots. What's wrong with their offense? They're not dominant anymore. And most recently, they let the Miami freakin' Dolphins walk into Foxborough and pull off an upset. Not exactly the momentum-builder you're looking for heading into an extended postseason for a team that is used to playing with a first-round bye on their side. As it has been all season, however, the defense is fierce and the last people you want to run into in the postseason are Tom Brady and Bill Belichick in Foxborough. I think there is still enough magic in Brady's hat to push his team past the wild card round at least, but I wouldn't be surprised to see the Titans keep it close. 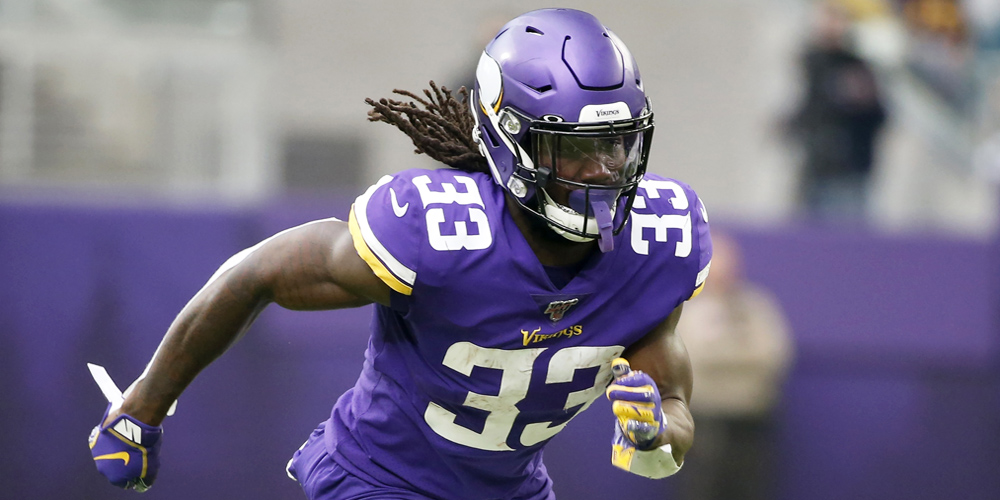 The first matchup on Sunday is expected to be a lopsided affair with the Saints coming in as heavy favorites. The Vikings have had an up and down season by beating teams they should have and struggling against other playoff-caliber opponents. This has basically been the story of Kirk Cousins' life as a QB in the NFL. The Vikes lost three of their last five games against the Seahawks and Packers and rested their starters against the Bears in their Week 17 loss. The star of the offense all season was running back Dalvin Cook who went down with an injury towards the end of the season. Though he boasts to magically be back to 100% again already, I'm not fully convinced of this. Even with Cook at full health, he would have a tough fight against a stout Saints run defense. The Vikes need to conjure some more postseason magic or hope the refs are once again against the Saints moving forward in the playoffs.

The Saints finished the season on a tear winning six of their last seven games with their only loss coming against the 49ers in an epic shootout. The team has won their last three wild card games and Drew Brees has been performing in vintage form. The Vikings secondary has been unusually vulnerable this season and will have their hands full. To make matters worse for the Vikes, RB Alvin Kamara looks to be back to full health offering a dual-threat out of the backfield. I know a lot of people feel like eight points is a lot for the Saints to cover, but I wouldn't be surprised to see them win by 10.

The last game of the wild card weekend is the only one on the slate that features two teams that faced each other earlier this season. These two birds are different teams now at this point in the season though as they come into the game looking like they both just flew through the engine of a 747. The Seahawks lost basically all rostered RBs over the back half of the season which forced them to revive the skittle-fiend, Marshawn Lynch. The Seahawks haven't weathered the storm well over the final stretch as they lost three of their last four games, two of which were upsets against division rivals the Rams and Cardinals. The passing game just isn't firing on all cylinders right now despite Russell Wilson still looking like one of the better QBs in the league. A run-first offense without a running game to speak of right now doesn't offer much to be afraid of when you're going up against a stout run defense like the Eagles. The Seahawks were knocked out of the wild card round last season by another NFC East opponent last season in the Cowboys and I think the same could happen this week.

The Eagles have handled the losses of pretty much every starting offensive skill position player with grace as of late as practice-squad regulars like Greg Ward Jr. and Boston Scott have stepped up when their team has needed them the most. The offense still looks like the Eagles offense whereas the Seahawks just look a little lost right now. The Eagles have been clutch heading into the postseason winning four straight games that basically were all must-win scenarios. I think they have momentum on their side, a more cohesive offense, and an improved defense from the unit we saw earlier in the season which will all help put them over the top.