Buffalo Bills' quarterback Josh Allen showed progress in 2019 before making a statement in 2020 that saw him finish second in MVP voting after leading the Bills to a 13-3 record and their first playoff win since 1995. Allen was QB1 in 2020 with an average of 25.32 fantasy points per game. He threw for over 4,500 yards, 37 touchdowns and just 10 interceptions while adding 421 yards on the ground and a team-leading eight rushing touchdowns. Looking at the Bills' offense from 2020 to 2021, the lone major change to the team's offense saw wideout John Brown depart to the Las Vegas Raiders and be replaced by second-year wideout Gabriel Davis and veteran Emmanuel Sanders. Allen's rushing floor is what dramatically elevates the floor that he plays at. The points that he gained on the ground last year were good enough for a 5.6 point bump per game. While a bump in running back production from Devin Singletary and Zack Moss is possible, Allen still figures to be very much involved in running the football, and Allen will be looking to turn in his third straight QB1 season. 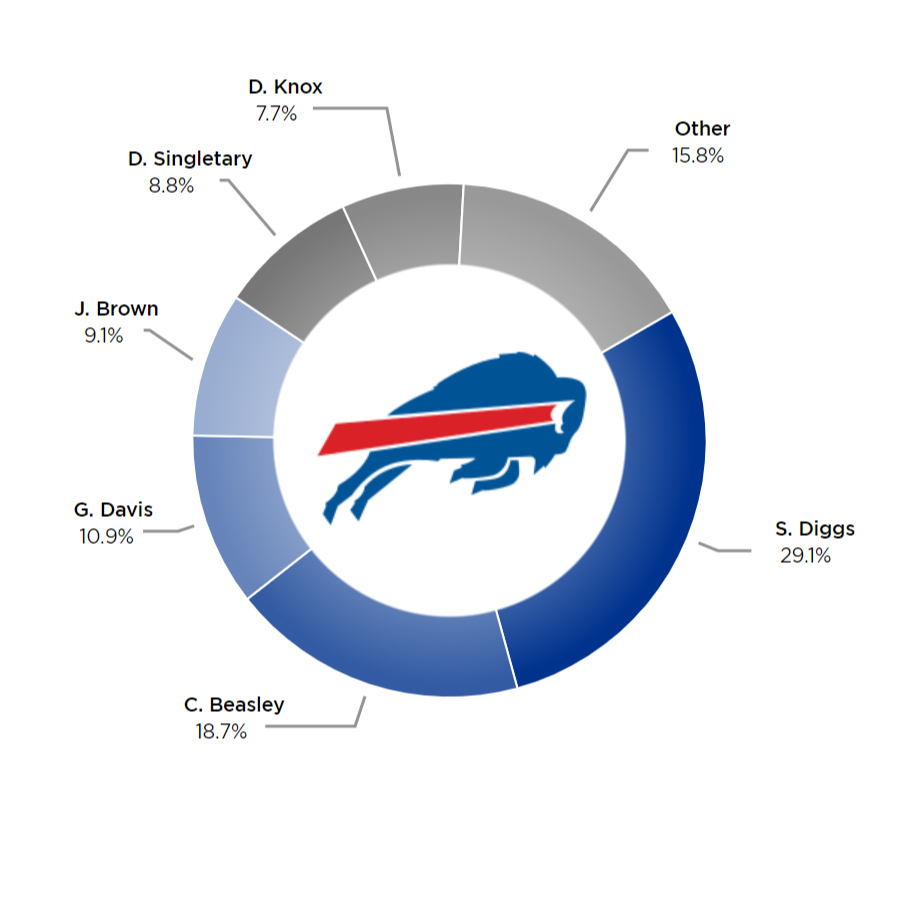 Justin Herbert 2021 Outlook: Star Potential With A Big Challenge On His Plate

Los Angeles Chargers quarterback Justin Herbert won Offensive Rookie of the Year after being the sixth overall pick (third QB). The Oregon product was thrown into the fire in Week 2, and while he had some rookie growing pains along the way, he mostly looked like a seasoned veteran on his way to throwing for 4,336 yards, 31 touchdowns and 10 interceptions in 15 games. Herbert tied the rookie record for deep touchdown passes (11) , but perhaps most impressively, he had 415 passing yards and five touchdowns on deep passes when under pressure, both the most in the NFL. The sky is the limit for the 23-year-old, who was the QB7 on a points-per-game basis, but he'll also have the unenviable task of learning a whole new offense under a whole new coaching staff in his sophomore season. Herbert will be worth every penny of his likely inflated draft price if he can replicate his rookie season, but he's also not without risk. Be careful not to put him in the elite tier of QB1 talent too soon. 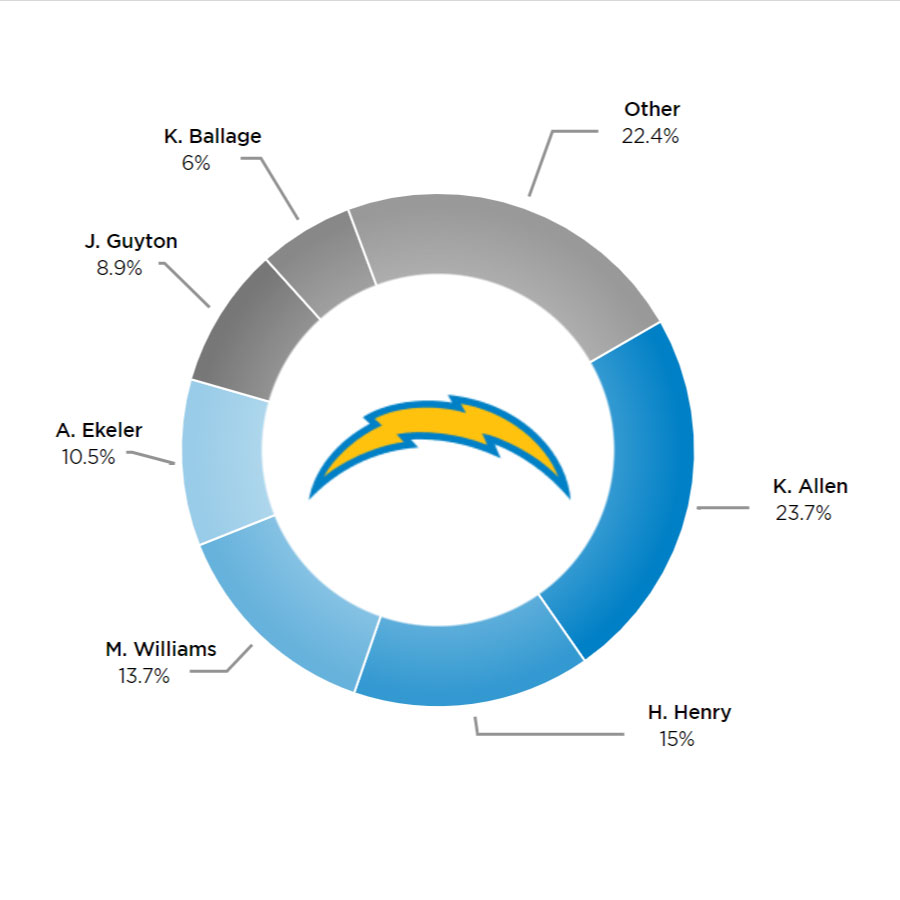 Patrick Mahomes is the best quarterback in the NFL and in fantasy football. This is not a bold statement. We get it, Mahomes is good like really good. Since this is fairly straightforward, here are some unique statistics that describe how amazing he is: across his last three seasons (45 games) he has been a top 12 QB 70% of the time and has been the #1 QB on the week 16% of the time. Think about that: 16% of the time he plays. he posts the best score of the week. Over the last three seasons, Mahomes has an average of 24 ppg. To put this in perspective, there were only two QBs who played more than six games and averaged more fantasy points per game in 2020. Those QBs were Josh Allen (24.7) and Patrick Mahomes (25). He is the perfect QB for fantasy, as he is a consistent producer with an almost unmatched ceiling. But where should he be drafted? Many experts preach the late-round QB approach in redraft as there are many QBs that you can acquire later and only sacrifice a few points a week. While that is accurate, Mahomes truly is an exception and, much like his teammate Travis Kelce, is a positional advantage. If you miss out on the elite tight end, I believe Mahomes provides a similar advantage at the QB position. If you like the players available in the third round, I have no issue taking Mahomes in the mid-late second-round. 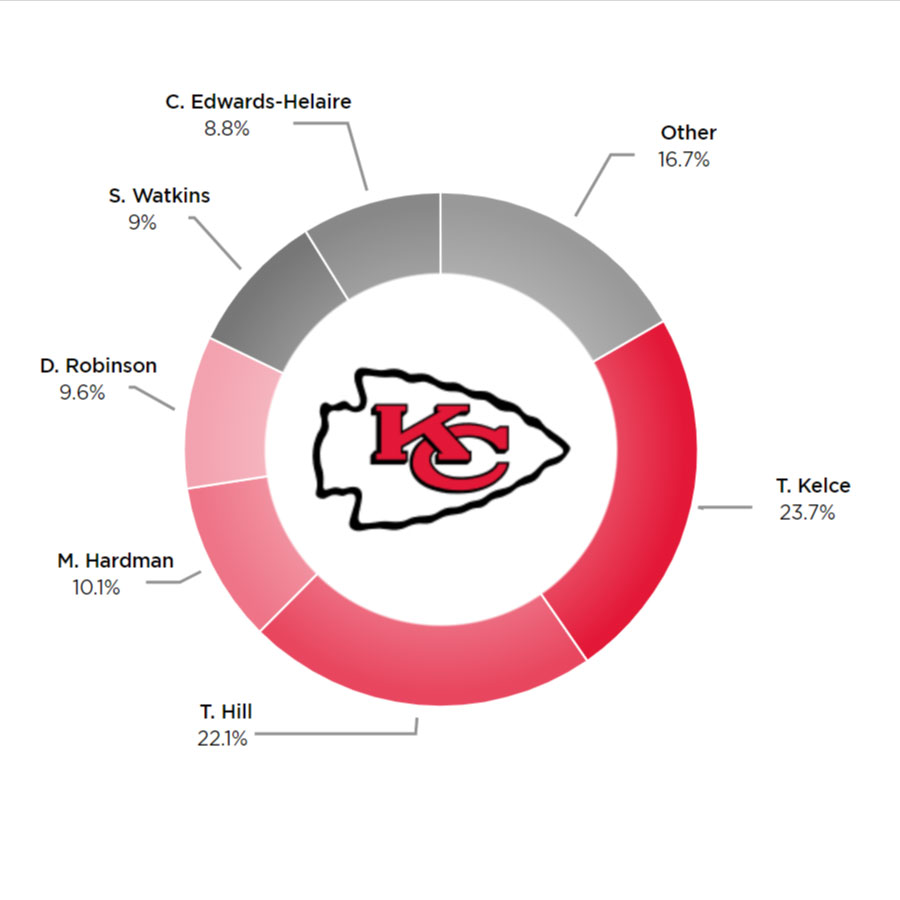 Lamar Jackson 2021 Outlook: Rushing God Needs to Level Up as a Passer

Lamar Jackson is the rushing quarterback king. He's the only QB with multiple 1,000-yard seasons, and he did it in back-to-back years to start his career. In 2019, he set the quarterback record for most rushing yards in a season (1,206) and scored a combined 43 touchdowns, which helped him secure the NFL MVP Award. In 2020, he was equally effective on the ground, but his passing touchdowns dropped from 36 to 26, good for a QB7 finish. The knock on Jackson has always been his passing prowess, or lack thereof, but I think that's more a testament to the talent around him than his actual passing skills. Last year, he finished second only to Aaron Rodgers in completion percentage on throws to the sticks (69.8%), and he had the sixth-best completion percentage on deep passes (47.8%). His poor passing numbers can be attributed to the offensive scheme and lack of volume. The Ravens were first in rushing attempts and percentage (555 attempts/57.8% of plays), which does not include drop-backs that turned into runs. This season, in his third year under offensive coordinator Greg Roman, L-Jax finally has viable weapons after the Ravens drafted Rashod Bateman in the first-round, Tylan Wallace in the fourth round, and signed Sammy Watkins in Free Agency. The moves should open up the field for Jackson's favorite target,Mark Andrews, and prevent defenses from always having a spy Jackson (not that it matters). Things really started to click for Jackson in the second half of 2020 as he finished as the QB5 over his last seven games, and I would expect the receiving help to vault Jackson back into the elite tier of quarterbacks, where he belongs. He should be drafted as the QB2, but his down year has made him a value as the QB5 in the fifth or sixth round. 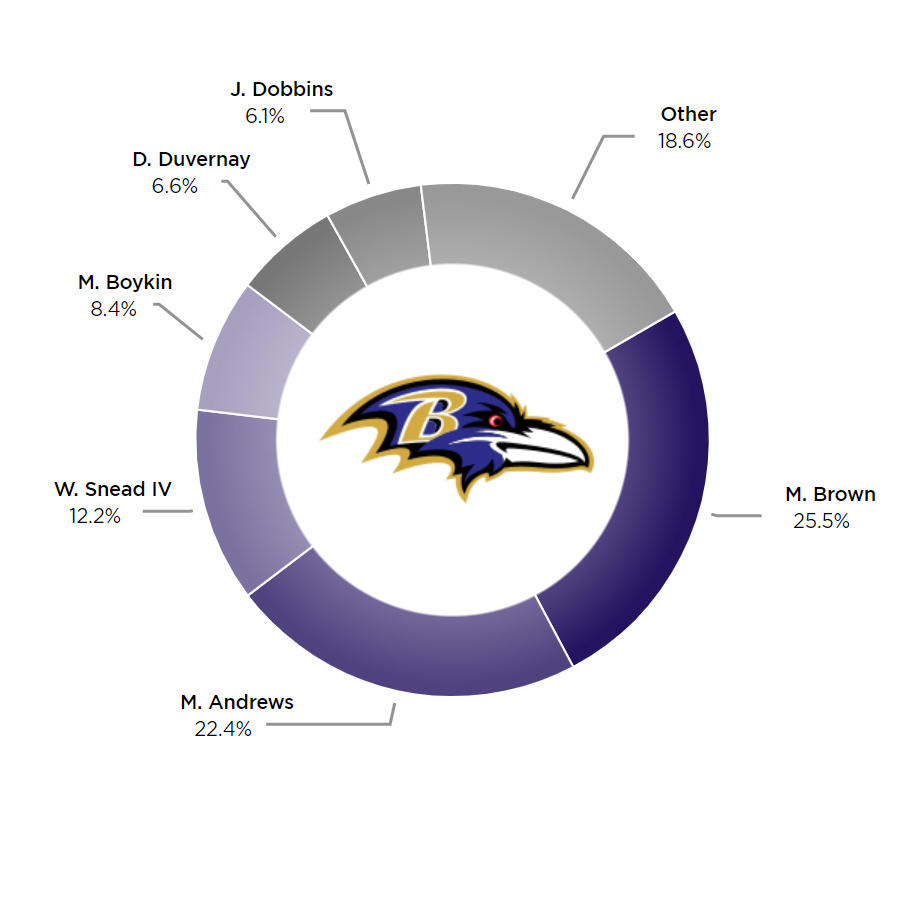 The first-overall draft pick in 2020 is returning this season after tearing his Anterior Cruciate Ligament (ACL), Medial Cruciate Ligament (MCL), and partially tearing his Posterior Cruciate Ligament (PCL) in his left knee during Week 11. Over the first 11 weeks of his career, Burrow was the QB16. Despite his early departure, he ended the season with the seventh-most passing yards per game (one spot ahead of Aaron Rodgers) and averaged the third-most pass attempts per game. However, what was really holding him back for fantasy was Cincinnati's abysmal 1.2 passing touchdowns per game (27th in the league). Burrow showed enough in the first 11 weeks to prove he was the real deal. The team has since added his favorite college target, Ja'Marr Chase, and maintained their mediocre defense that will bleed points to their opposition. Together, it is clear Burrow has a path to be a top-12 quarterback in 2021. It is too early to tell if he will have recovered in time for Week 1. If the team is smart and takes the necessary time for him to recover fully before rolling him out, not only is it better for Burrow, but it will also mean he will be a value in fantasy drafts. Although offensive line play remains an issue, Burrow has the weapons and the talent to produce QB1 numbers and is worth consideration for those that wait on quarterbacks. 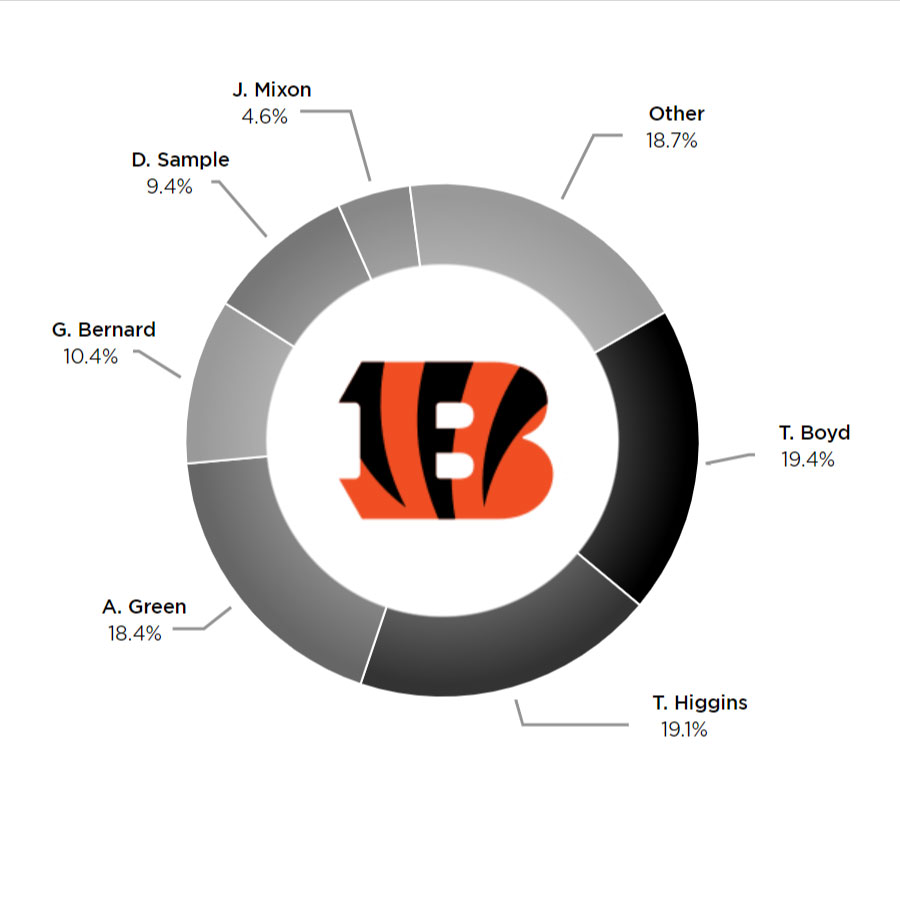