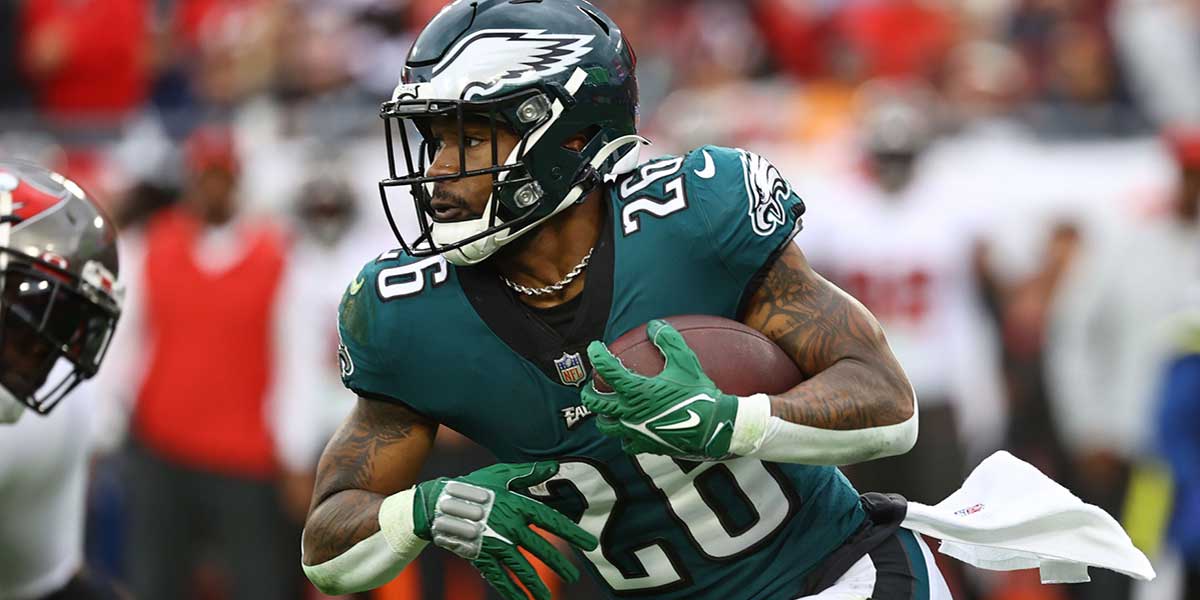 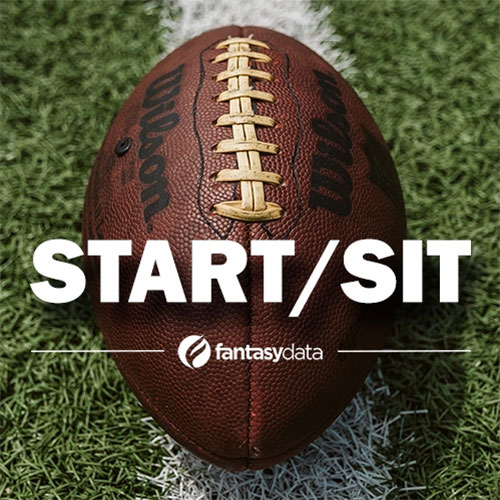 The NFL gave us plenty of good games in Week 13, resulting in some huge fantasy football production. Let's focus on a few notable storylines to take away from the slate before reviewing how my recommended starts and sits fared.

Joe Burrow and the Cincinnati Bengals may not be able to beat its in-state rival, the Cleveland Browns, but they are 3-0 against Patrick Mahomes and the Kansas City Chiefs. That's right, the Bengals outplayed the Chiefs 27-24, as the defense held Mahomes in check throughout the game. Ja'Marr Chase boosted the offensive firepower, hauling in seven of eight targets for 97 yards during his return from a hip injury. Jalen Hurts obliterated the Titans with a 380-yard passing clinic, racking up four touchdowns and erasing the gap between him and Mahomes for the top odds in the 2022 NFL MVP race. Tua Tagovailoa began red-hot with a touchdown pass during the first play of the game against San Francisco, but he quickly crashed back to reality in the second half, as the 49ers' defense proved to be too much to handle in a 33-17 win at home in Santa Clara, California. Deshaun Watson looked awful against his former team, the Houston Texans, but he got bailed out by the Browns' defense in an ugly 27-14 win. Dallas and Detroit won convincingly, while Denver's offense continued to struggle in a 10-9 loss to Tyler Huntley and the Baltimore Ravens.

My starts were solid in Week 13. In full PPR formats, Rhamondre Stevenson wound up as the RB18 due to logging six receptions, while David Montgomery finished as an RB1 with 61 rushing yards and a touchdown against Green Bay. Jeff Wilson Jr. was a massive miss, as the former 49ers running back missed a wide-open target on a wheel route, effectively ending his usage within Miami's offense, resulting in an abysmal 0.3 points to wind up the RB78. D.K. Metcalf led the way with a strong WR6 finish thanks to catching all eight targets for 127 yards and a touchdown, while Christian Kirk (WR18) and Josh Palmer (WR28) had nice outings despite not finding the end zone. Unfortunately, David Njoku didn't lace up his cleats and was inactive, but Joe Burrow had another healthy outing, winding up as the QB2 with three total touchdowns and over 300 scrimmage yards. As for my sits, Lamar Jackson exited with a knee injury in the first quarter, while Devin Singletary (RB24) and Mike Evans (WR42) were largely disappointing once again. Cole Kmet logged a TE6 finish against the Packers but was still held out of the end zone. Overall, it was another accurate week for my recommended starts and sits, so I hope you followed along and tailed.

Week 14 will send the final six teams to their Bye Week, which complicates decision-making for the fantasy playoff push. It's more important than ever to make the right decisions, so fortunately for you, I've conducted research and pinpointed several players to start or sit entering the final week of the 2022 fantasy football season. Let's maximize the points and seal a playoff berth!

Dallas' fourth-year running back cooled off against the New York Giants in Week 12, but he returned to the ceiling we've grown accustomed to seeing against the Colts in Week 13. Pollard handled 12 carries and 15 total touches, churning out 7.6 YPC against the Colts' porous run defense while finding the end zone twice to deliver his third 20-point PPR finish in the past five games played. He will get another juicy matchup against Houston's run defense, which is allowing the most fantasy points to opposing running backs at 28.69 per game. Start Pollard with extreme confidence as a low-end RB1 in Week 14.

Detroit is winning games and still alive for the playoffs, so expect D'Andre Swift's usage to continue climbing as we enter a Week 14 divisional matchup against a bad Minnesota defense. Swift averaged 4.4 YPC compared to Jamaal Williams' 3.2 YPC in Week 13 against the Jaguars, adding four receptions for 49 yards on six targets in the passing attack. The Lions are getting healthier and adding more receivers back into the mix, which helps raise Swift's ceiling. Consider Swift a must-start RB1 against Minnesota's run defense, which is the 11th-best matchup for fantasy running backs.

The Miles Sanders experience has been quite a ride this season. Jalen Hurts takes away a lot of volume and valuable touches, but Sanders gets fed in plus-matchups. Philadelphia pivoted to the passing attack to expose the Titans in Week 13, but Sanders toted 21 carries for 143 yards and two touchdowns against Green Bay's anemic run defense back in Week 12. The New York Giants are middle of the pack in terms of running back matchups this season, but they did allow Washington rookie running back Brian Robinson Jr. to finish with over 100 scrimmage yards and 4.6 YPC. Sanders will have plenty of opportunities near the goal line and the matchup isn't terrible, so plug him in as a high-end RB2 with low-end RB1 upside on the road in East Rutherford during Week 14.

Chris Godwin continues to be the alpha target hog for Tom Brady in Tampa Bay's offense. He has commanded 13 targets in back-to-back games and has scored over 19 PPR points in three straight outings. Godwin dealt with injuries earlier in the season, but he looks fully healthy now and is playing with confidence and earning a massive target share. The 49ers are the best defense in the NFL right now but they can be thrown on, as they are the tenth-best matchup for fantasy wideouts this season. Treat Godwin as a must-start WR2 with WR1 upside on the road in Santa Clara during Sunday's late afternoon window.

We're seeing something special develop in New York. Rookie wideout Garrett Wilson has become the unquestioned WR1 for the Jets, who are still seeking a playoff berth down the final stretch of the season. Wilson is benefitting from second-year quarterback Mike White under center, as he's notched at least 24 PPR points in his last two games. Yes, the Buffalo Bills are getting healthier and improving on defense, but Wilson has the elite ability to rack up yards after the catch. Since he's getting anywhere from eight to 15 targets per game with White, Wilson is a solid WR2 with top-five upside at the wide receiver position in a divisional rematch on the road in Orchard Park, New York in Week 14.

Jacksonville laid an egg and got blown out in Detroit in Week 13, which included second-year quarterback Trevor Lawrence suffering a brief leg injury. He returned, but wide receiver Christian Kirk did not do much more in the latter half of the game, churning out most of his production when the game was closer in the first half. The Jaguars invested a large amount of money in Kirk's contract, and he's been the featured target in a lot of games for Jacksonville this season. Even without a touchdown in Week 13, Kirk finished with 16.4 PPR points, leading all wideouts in targets (8) and receptions (6), while half of his production came on a 37-yard reception down the sideline early in the game. Week 14 will put the Jaguars against the Titans' porous pass defense, so expect a 20-point outing for Kirk in a bounce-back spot. He's a mid-range WR2 with WR1 upside.

If there's one thing that the Chargers like to do, it's throwing the football. Justin Herbert prefers his wide receivers, but that doesn't mean Gerald Everett is an afterthought. The veteran tight end caught five of six targets and finished with 80 yards against Las Vegas in Week 13. It was his best finish since Week 4 against the Houston Texans, but we've seen Everett's targets fluctuate from week to week all season. The Chargers will play the Miami Dolphins on Sunday Night Football in Week 14, which is a top-three tight end matchup. Tight end is a tough position to fill, so Everett is a fine play with TE1 upside against the Dolphins at SoFi Stadium.

Benching Joe Burrow is no longer an option in fantasy football. The third-year franchise quarterback for the Bengals is playing his best football right now, winning games and finishing with over a 70 percent completion rate in three of his past five games played. Ja'Marr Chase's return boosts Burrow's appeal even more, despite facing the Cleveland Browns, who always have Burrow's number. Don't let this matchup force you off of Burrow, as he's primed for another 20-plus points at home against a division rival in Week 14.

Jacksonville fell behind early against Detroit, forcing them to adapt to a pass-centric approach. Even with the Jaguars playing catch-up, running back Travis Etienne only saw three targets, finishing with 7.6 PPR points. Yes, Detroit's defense is improving, but the Jaguars will face a stout Tennessee run defense, which is a bottom-ten matchup for fantasy running backs. Etienne hasn't delivered a ceiling performance of 20 points or more since Week 9 against the Raiders, so sit him and pivot elsewhere during a tough matchup in Week 14.

Until we see Deshaun Watson play better football, or Jacoby Brissett return under center, Amari Cooper is going to be a liability. Houston's pass defense is good but not good enough to shutter Cooper to eight PPR points on eight targets in Week 13. Cooper was developing a good rapport with Brissett, but Watson is still acclimating himself and will face a tough Bengals defense on the road in Week 14, which makes Cooper a tough sit. The high ceiling and low floor are a dangerous combination, so better to err on the side of caution.

Dawson Knox all but disappeared against New England in Week 13, laying a goose egg in fantasy lineups by failing to haul in his only target from Josh Allen. OC Ken Dorsey is shifting to a more run-centric scheme with rookie running back James Cook leading the way, which has been effective in balancing Buffalo's previously one-dimensional passing attack. Expect Knox to continue functioning as a run-blocker in a bottom-12 matchup against the New York Jets in Week 14.

It's been ugly for Tampa Bay but they squeaked out a win against the New Orleans Saints on Monday Night Football in Week 13, with Tom Brady tossing two touchdowns in the final three minutes of the game. While Brady's pass attempts are high, hovering between 40 and 55 per game, San Francisco's front seven is going to be a handful to counter in Week 14. Brady has only delivered a 20-plus PPR outing once this season, back in Week 4 against the Chiefs, so he's an easy-sit decision against the fifth-toughest fantasy quarterback matchup.

Baltimore Ravens
Dave Canales To Have Second Interview With Ravens