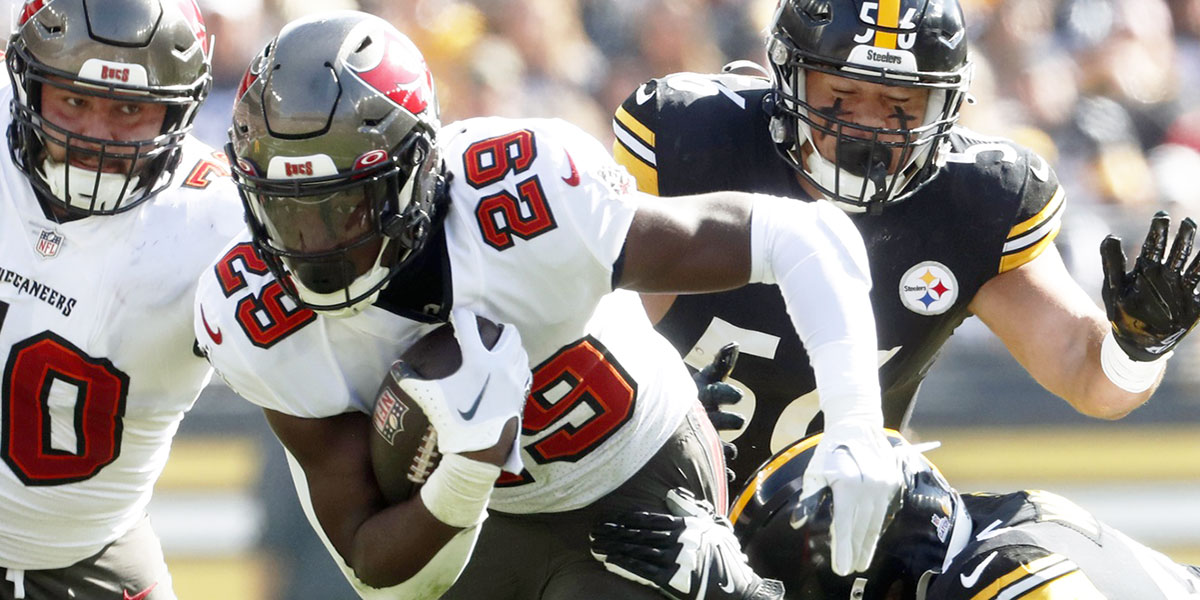 Week 11 is here in the NFL 2022 season. It's speeding way faster than it should be since I want to enjoy it while it lasts. If only we could have NFL football year-round. Congratulations on surviving Week Ten of the NFL Season. It was a bloodbath littered with injuries, under-performances, ghosting, some wacky kicks, and even wilder finishes. Many players dealt with injuries or awful performances like Josh Allen, Kyler Murray, Matthew Stafford, Cooper Kupp, and many more. This includes previous players that missed Week 10 like Marquise Brown, Michael Thomas, Mark Andrews, and others. Due to these injuries and poor performances from players, you're in need of some new players on your roster. That's why you're reading this article. I'll give you some names that you should see if they are on your waivers and really consider picking them up. It's already near the one-third mark of the NFL season, so be sure to improve those teams since this is where the build for the playoffs truly starts. The league I'll be basing these on is a 1QB, PPR, and 12-team league, although I'll include some deeper league shout-outs.

The waivers are based on Yahoo's system and roster percentages. Waivers typically process Tuesday or Wednesday night so go get those claims in! I wish you luck with Week 11 and may the NFL overlords give us some great football, no missed kicks, and plenty of healthy players with no injuries. Truly, it's kind of depressing and crazy that Week 10 is here already. Enjoy the fantasy football and NFL season while you can!

Could it really be that Brian Daboll has turned Daniel Jones into a rather good quarterback? Last week against the awful Texans, Jones had only 197 yards passing but did throw for two touchdowns and averaged 11.6 yards per pass. Additionally, he ran for 24 more yards on the ground. We can't ignore that Jones has become a pretty decent starter in terms of fantasy football. He has five games over 18 points this year. With his solid rushing floor, he's a more-than-adequate quarterback this week if you need one to cover the Byes of Tom Brady or others. AT minimum, he'll get you at least 15 points most likely which is better than probably any bench player you have on your roster could do.

The Pacheco show is finally here! Clyde Edwards-Helaire has finally been banished. Pacheco dominated the run game for the Chiefs in their win over the Jaguars. He had a career-high 16 carries for 82 yards which equaled 5.1 yards per carry. CEH didn't even have a single carry in the whole game. The only disappointing thing was that Pacheco didn't see any targets, but hey, at least he's finally getting the lion's share of rushes. You definitely want the Chiefs' RB1 on your roster for the rest of the season. He may only be an RB2 in fantasy, but getting a player with this workload this late in the season is extremely rare. Make sure to take advantage of the opportunity.

Well, I hope you picked him up last week because it just got tougher to snag this potential league-winning running back. White exploded on the ground in Germany against the Seahawks. He racked up 105 yards on 22 carries. This was without any passing work which is the first time he hadn't been targeted or caught a pass since Week Three. Now, Fournette is dealing with a hip issue that may keep him out past the team's Week 11 Bye. Regardless, White has been getting more playing time the last couple of weeks, including getting entire drives solely to him. If Lenny does miss a game, White is an RB1/2 in my opinion. He will get the workload and if he had scored a touchdown in Germany, he'd have finished top-12 most likely.

Truthfully, I think most of the fantasy football community whiffed on Watson for this past week. However, I'm not sure anyone could've predicted he would score three touchdowns and have over 100 yards receiving on only four receptions. Granted that the eight targets are a good indicator that Rodgers will continue to throw to him in the coming weeks. He's a massive waiver wire grab this week as the Packers play the Titans on a short week on Thursday. With the 23-year-old looking to be fully integrated into the offense, it wouldn't be a surprise to see Watson continue to put up WR2-type weeks, just not scoring three touchdowns every week. It's rare to see a potential point-scorer like Watson on waivers this late in the season so snag him if you can.

Zay is healthy once again and has had back-to-back productive weeks with the Jaguars. This offense throws a ton which means there are plenty of passes to be had for Zay. Over the last two weeks, Zay has 13 catches on 15 targets for 108 yards. Those are viable numbers for any two-week stretch for a flex-caliber player. Plus, if Zay scores a touchdown, he could easily be a top-24 option in that week. I like his upside for the rest of the season along with the fact that there just aren't many good waiver-wire players left this late in the season. At least as long as your league has reasonable depth, benches, and no tacos. Zay will have boom/bust weeks but with bye weeks still going on, you need those guys that when they "bust", they still get you nine-ten points. That's Zay.

Darren Waller got put on injured reserve along with Hunter Renfrow. That means it's time for the Foster Moreau show. Last week, he put on a show by catching three passes for 43 yards and a touchdown on four targets. Yes, that's a show by tight-end standards.I think that Moreau will have a good shot to be a top-12 tight end while Waller is out, especially since he's a good red-zone option for Derek Carr. At this point in the season and with tight ends like Waller and Zach Ertz hurt, Moreau's upside is far better than streaming Hunter Henry or another "meh" tight end that you're praying gets more than 6-7 points.