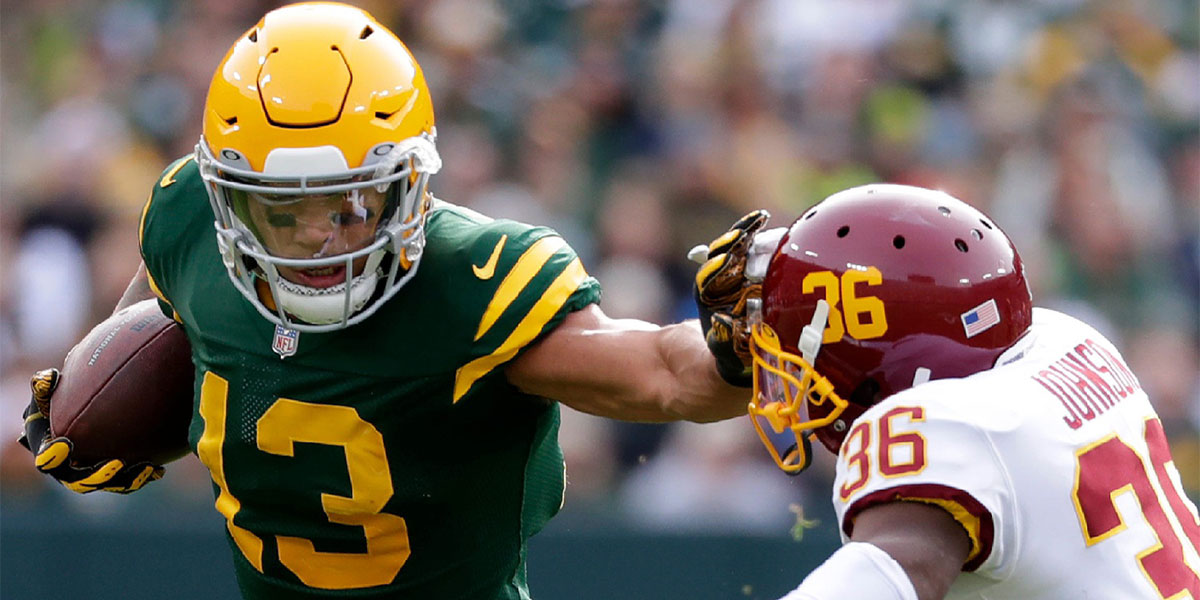 If you've made it this far, congratulations. You have one final game before you are crowned the champion. Just because we only have just one game remaining doesn't mean that the road is any easier this week. COVID continues to run rampant through the league knocking out players. And if COVID doesn't get them, then we still need to contend with the weekly minefield of injuries. But what fun would it be if it were easy, right? Part of the joy of winning is reflecting on the struggle it took to reach the mountain top. Hopefully, some of my waiver wire suggestions have helped you this year, and thank you for taking time out of your day to read this article every week. Let's do this waiver wire breakdown for one final time in 2021.

Sources: #49ers QB Jimmy Garoppolo suffered a chipped bone and torn ligament in his right thumb. His status is in doubt for this weekend, but he’s going to try to gut it out, somehow. He’ll be reevaluated on Wednesday.

Make sure you monitor 49ers team news and Wednesday's practice report, with reports now coming out that Jimmy Garoppolo suffered a chipped bone and torn ligaments in his thumb. While I'm sure Jimmy G. will do everything in his power to play next week, injuring the thumb on his throwing hand may take the decision out of Garoppolo's hands. If Garoppolo doesn't play, then picking up Trey Lance might be the shot in the arm you need if you're an underdog in the championship game. Lance started two games earlier in the season, and though his passing work was spotty, he flashed his rushing ability in both games. Against the Seahawks in Week 4, had 41 rushing yards on seven carries, and the following week Kyle Shanahan unleashed Lance for 16 rushing attempts and 89 rushing yards. If you need upside, then think about picking up Lance.

Staying with the same matchup but crossing to the other side of the field, Davis Mills has been on fire lately, well as "on fire" as Davis Mill can get. He's been the QB14 over the past three weeks, scoring at least 18 fantasy points in two of those three games, including this past week, even though Brandin Cooks was out with COVID. Cooks may return next week, but more important than that is the matchup for Mills. He gets to face a 49ers defense giving up the eight-most fantasy points per week to quarterbacks. In what might be the most 2021 thing ever written, Mills feels like a safe option this week.

Next week's tilt against the Lions is as good as any that you'll find for any running back currently on the waiver wire. The Lions give up 26.4 fantasy points to the running back position, seventh-most in the league. The Seahawks passing game is in absolute shambles, and the smart play would be for them to lean on Penny next week in what is ultimately a meaningless game to both teams.

The Jaguars lost James Robinson to a torn Achilles in the first quarter of Sunday's loss to the Jets. Without Robinson, the Jags leaned on Dare Ogunbowale, and he saw a career-high 21 (17 rushing attempts, 4 targets) opportunities on Sunday. He was able to turn that into 72 yards from scrimmage and a touchdown on his way to scoring 15.2 fantasy points on the week. Ogunbowale coming matchup against the Patriots isn't appealing, but he should see nearly all of the rushing and receiving chances out of the backfield since he's backed up by someone name Nathan Contrell and the recently re-signed Ryquell Armstead. Though Ogunbowale isn't as talented as Robinson, I fully expect him to approach the 75% rushing share that Robinson has seen since the Jaguars moved on from Urban Meyer. Scoring is hard to predict, but if he sees that kind of volume, then Ogunbowale should produce.

If you roster in any Miles Sanders in dynasty leagues, I feel your pain. A week after setting a career-high in rushing yards (for the second week in a row), Sanders broke his hand in the Eagles' first-half win over the Giants. Though Sanders won't go on the I.R., that doesn't help us in fantasy. Jordan Howard also left Sunday's victory early after suffering a stinger, but the early word is the Eagles expect him to be able to play in Week 17. Even if Howard can go next week, Boston Scott should see a significant workload and will likely operate as the lead back. The Eagles average a league-leading 32.2 rushing attempts per game and have increased that the past three games averaging 37.3 rushing attempts, so there will be more than enough rushing volume to go around. Scott has had at least ten rushing attempts in five-game this year and has averaged 11.56 fantasy points in those games. The Eagles face a Washington football team that Sanders and Howard just ran for 200 rushing yards on last week. Washington defense is too busy fighting amongst themselves to stop Scott from running all over them in Week 17.

I am not a fan of chasing points, but I'll have to make an exception in the case of Rex Burkhead. Yes, the points are sexy, with Burkhead dropping a cool 30 fantasy points on the Chargers Sunday, but you know what's even sexier than that? Volume. Burkhead has at least 11 rushing attempts in five of the past six games, and with David Johnson recovering from a quad injury and added to the COVID list on Monday, there's no reason to think that Burkhead won't see that same volume next week. Burkhead is a low-end option next week considering that even with all that volume, he's only eclipsed double-digit fantasy scoring twice in that six-game span, but anyone seeing that kind of volume that's available on your waivers is worth picking up and at least considering giving a start.

Over the past three weeks, Allen Lazard is the Packers second-most targeted player commanding a 16% target share. While that's skewed by Marquez Valdes-Scantling missing this past Sunday's game due to COVID, there's no guarantee that MVS will be able to play next week. If MVS is forced to miss another game plugging Lazard in as your flex could pay dividends as Lazard has scored 13.8 and 20.9 fantasy points in two of his past three contests.

The wide receiver waiver wire is as thin as it has been at any point this season. I guess that makes sense since it's Week 17. The Bills were without Cole Beasley and Gabe Davis on Sunday, as both players ended up on the COVID list, and Isaiah McKenzie blew up on their absence. McKenzie hauled in 11 receptions, on 12 targets, for 125 receiving yards and a touchdown. Davis is likely to be out next week as well, if Beasley also misses the game McKenzie could see another blow-up week against an accommodating Falcons pass defense.

Gerald Everett has quietly had a productive second half of the season for the Seattle Seahawks. He's posted at least 10 fantasy points in five out of his past six games and has found the end zone in two of his past three games. Though he'll never surpass DK Metcalf and Tyler Lockett on the target hierarchy Everett has firmly entrenched himself as the third receiving option in the offense, and he has a good matchup facing the Lions next week.