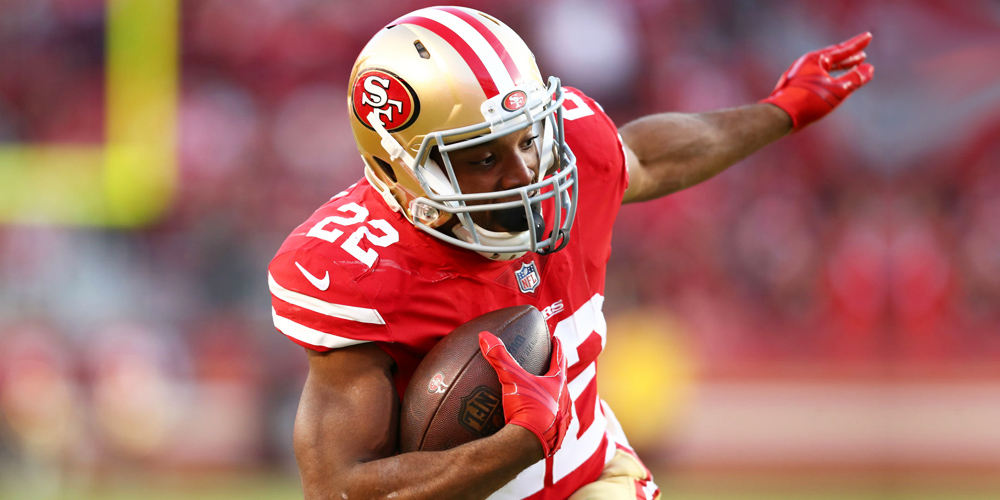 Many different factors can cause a player's weekly snap total to vary wildly. While the 2019 NFL season is only two games in, we now have multiple weeks worth of data to consider when accounting for consistency and efficiency.

Tracking how many fantasy points a player scores for every snap gives us a clearer picture of which players are making the most out of their opportunities.

Here are the most efficient fantasy players on a points per snap basis from Week 2, and how we can use that data to help us win in Week 3 and for the remainder of the 2019 football season.

The 49ers boast the top-2 most efficient players from Week 2. Matt Breida led the way by producing 132 yards of offense on just 13 touches. That production is doubly impressive when you see Breida played fewer than one-third of San Francisco's snaps. In fact, he was on the field for fewer plays than Raheem Mostert, who finished second overall with 0.62 points per snap. With Tevin Coleman expected to miss a few more weeks, both Niners' backs can be considered solid weekly RB2/flex plays.

Another spectacular outing for Dalvin Cook, who leads the NFL with 265 rushing yards through two games. Cook has busted long touchdown runs in each of Minnesota's first two contests and is averaging a robust 6.5 yards per tote. Health has always been the biggest concern for Cook but as long as he's healthy, he looks like a real contender for a top-3 overall finish.

Derrick Henry joins Dalvin Cook as the only two running backs to post top-5 points per snap finishes in each of the first two games. Henry has exceeded 50% of snaps in both of Tennessee's games and has even been the recipient of five targets so far. As long as this usage continues, Henry should be considered a weekly RB1 in every format.

Aaron Jones posted a 67.4% Utilized rate, which ranked second among all running backs. However, Jamaal Williams vultured a touchdown and played an alarmingly-high 47.3% of Green Bay's snaps. The Packers had two backs on the field for 10 snaps but as long as Matt LaFleur continues to use multiple backs so often, Jones's upside is rather limited, despite his strong points per snap showing.

Chris Carson fumbled two more times, which led to more snaps for Rashaad Penny. Penny responded with an excellent 0.48 points per snap. After receiving just six touches in Week 1, Penny jumped up to 11 opportunities in Pittsburgh, accounting for 65 yards and a touchdown. If Carson doesn't quickly end his ball security woes, Penny could easily move ahead on Seatle's depth chart.

After a lackluster opener, David Montgomery led all running backs with a 77.8% Utilized rate. Montgomery only got seven touches and produced 45 yards in the opener but jumped up to 19 touches and 68 yards at Denver. Montgomery also led the position with a 70.4% touch rate, which was really encouraging after a stagnant Week 1. If this usage continues, Montgomery has an excellent shot at paying off his considerable preseason draft hype.

Devin Singletary was out-snapped by Frank Gore 45-25 but Singletary was far more efficient with his touches. Of course, the main cause for this disparity was a hamstring injury that Singletary suffered, which necessitated an expanded role for Gore. Before exiting, Singletary was averaging nearly 10 yards per carry but was not targeted. Whenever Singletary is fully healthy, he's a solid RB3/flex option.

Kerryon Johnson played just over half of Detroit's snaps and was utilized on 45.5% of those plays. The bulk of Johnson's Week 2 production came as a pass-catcher, as he was mostly bottled up on the ground. Johnson caught 2-of-3 targets for 47 yards and a touchdown. That score helped Johnson have a stronger fantasy outing in Week 2 but his usage has been a bit of a concern in the first two weeks.

Become a member at FantasyData and get access to the rest of this article and the industry's best fantasy football subscription available!