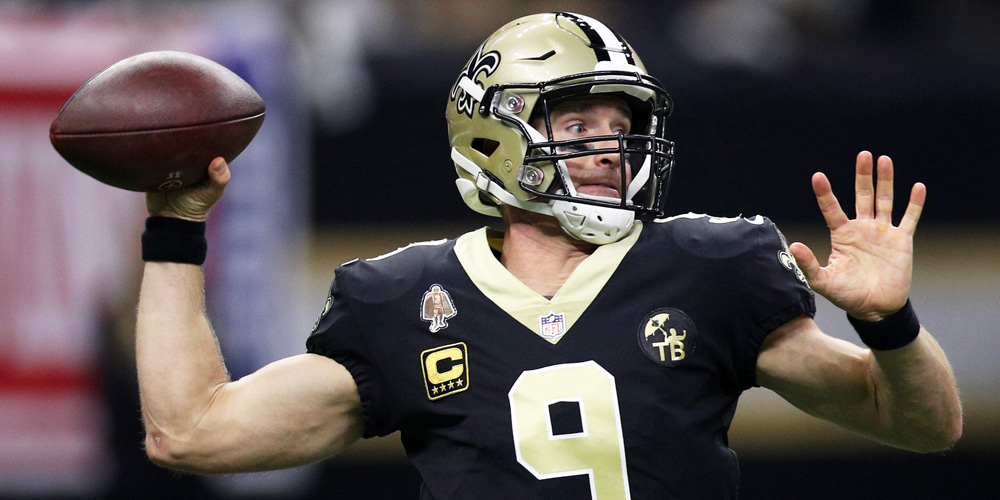 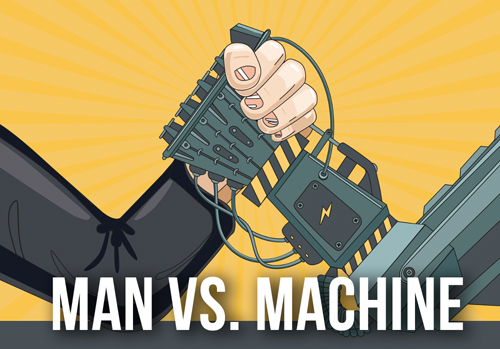 Welcome to a special Thanksgiving edition of our Man vs. Machine NFL pick'em column here this week! One of the best parts of this holiday is gathering around and getting to watch some quality football with the smell of cooking in the air. I have to say, though, I am not super impressed with the slate of games for Thanksgiving this season. We have the Lions hosting the Bears, Cowboys vs. Bills, and Falcons vs. Saints to finish things up. The Falcons/Saints game could provide us with some fireworks and is a quick rematch of their Week 10 tilt where the Falcons pulled off the biggest upset of the season. The other two games feel very, meh.

In case this is your first time reading this column, here is a quick recap of what we are doing with our weekly pick'em coverage. We have partnered up with the folks over at Betting Antelope who will be providing "the machine" aspect of our weekly pick'em. If you're unfamiliar with their product, Betting Antelope is an impressive machine learning model powered by SportsData.io and designed to predict moneyline, against the spread, over/under, and total team wins for NFL games. The model ingests data and trains itself each week as the season goes on, optimizing profitability by using a combination of regression and decision tree models to make picks. So this season, it's my research, opinions, and instincts vs. the machine.

We had a bye week here for the pick'em column last week and I apologize for any inconvenience this may have caused, but I greatly appreciate quite a few people reaching out via Twitter and Reddit looking for picks and matchup notes last week. You get a double-dose this week with coverage for every game of the week. I still had my picks available through various outlets last week so let's do a quick recap of how the last two weeks went in the battle of man vs. machine and how our season standings are looking as well.

Now that we have recapped everything and gotten everyone up to speed, let's get to our Thanksgiving picks!

The Bears have won two of their last three games, one of which was against this Lions team in Week 10. Last week, they put up their second-highest total yardage on offense this season though they still have struggled to find success with their running game. They ran for just 65 yards as a team last week and have only gone over 100 yards rushing this season twice and haven't hit that mark since Week 8. Luckily, their defense continues to be one of the strongest in the league and has allowed less than 20 points to their opponents in four of their last five games. The Lions have hemorrhaged points to opposing teams this season on defense, especially at home, but the Bears have had a hard time capitalizing on plus matchups as they only managed 19 points against the Giants last week and 20 points against the Lions in Week 10.

The Lions are starting to reflect their poor record more and more as the season goes on. Earlier in the season when Matthew Stafford was healthy and active, they were narrowly losing games against playoff-caliber teams like the Chiefs and Packers. Now with Jeff Driskel leading the team and B-squad type RBs in the backfield, their record makes more sense. They hit a new low last week as they gave the Redskins just their second win of the season. To make matters worse, Driskel picked up a hamstring injury as well and has been limited in practice. Not great news on a short week. The Lions would be forced to turn to former Purdue QB and rookie UDFA David Blough. A pick machine, Blough led all the NCAAF with 21 interceptions in 2016 and has a career 69-43 TD/INT ratio in college. That's not good. Things will go from bad to worse quickly if he is forced to start under center.

This game screams the under hitting for me with all trends pointing that way. Both teams have performed below their average scoring over their last three games. The under has also hit in seven of the last 10 games where these teams met. It's hit in the last five games for the Bears, in eight-of-11 overall for them, and in two of the last three games for the Lions without Matthew Stafford. These teams also combined for just 33 points when they met recently this season in Week 10. While Ford Field is a little bit more of a friendly environment for scoring as opposed to Soldier Field, neither of these teams really seem to be in a place offensively to light it up. If the Lions start their third-string QB as well, we could be looking at a lopsided blowout where the Bears would need to score 30 points or more on their own to help cover the over. Smashing the Bears to cover any spread basically but love them sitting around -3.5 and the under. 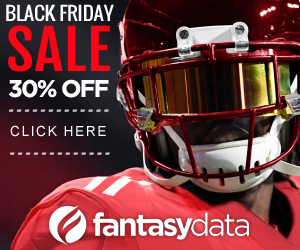 The Bills have continued their parade of handing sub-par teams losses this season coming off back-to-back wins against the Dolphins and Broncos. Last week was one of their slightly more impressive victories of the season though to be honest as they put up 20 points against the Broncos who have had a pretty solid defense this season. The team has found something special in rookie RB Devin Singletary and he has helped carry the team. He ran for 106 yards last week and he's had at least 75 rushing yards in three of his last four games and is averaging a healthy 5.8 YPA on the season. Josh Allen has also found some success under center lately in these cupcake matchups tossing five TDs in his last two games. The Bills haven't been quite as good this season against any team that's worth their salt as evidenced by their losses to the Browns and Eagles this season. They kept it close against the Browns but were blown out at home against the Eagles. The Cowboys are going to give them problems on both sides of the ball at home.

The Cowboys are coming off a loss in sloppy weather conditions against the Patriots last week but managed to keep the game within one score. The Cowboys have quietly been another team who has beaten up poor opponents but struggled against tougher competition. They have wins this season against the Giants (twice), Redskins, Dolphins, Lions, and Eagles. The Eagles are the only team that doesn't fit that mold of a sinking ship. The Cowboys' losses have come against the Saints, Packers, Vikings, and Patriots. And yes, the Jets, but I'm just going to pretend that game didn't happen because it was so random. The Bills fall somewhere in the middle of all these teams and though they are sitting at 8-3 right now, there some skepticism for me behind that record.

This is a tougher game to predict because both teams have shown some volatility this season when it comes to both offensive production and defensive performances. The Bills have been a great bet to cover the spread this season which makes me feel a little more comfortable in them covering. The over/under is a real guessing game and I expect it to finish really close to the given combined total, making that something I am not comfortable laying actual money on. The Cowboys have pushed the over to hit a lot on their own this season which is entirely possible again this week as the Eagles put up 31 points against the Bills, but it's not something I am really going to rely on.

This is quite the game to end the slate with on T-Day as we get a division rivalry and a rematch of the biggest upset of the season where the Falcons beat the Saints 26-9 in New Orleans in Week 10. Since then, the Saints have gone on to win their last two games against the Bucs and the Panthers and scored 34 points in each of those games. They blew out the Bucs easily but almost lost the game against the Panthers in a nail biter. Drew Brees has been in vintage form the last two weeks with six TDs and just one INT in that span. Michael Thomas has continued his record-setting pace as well. The defense is where I have questions when it comes to this game. Some weeks they show up, and some weeks they don't. Over the last few weeks, they have been back and forth a lot. They gave up 25 points to the Bears, then they held the Cardinals to nine. They gave up 26 points to the Falcons, then they held the Bucs to 17. That gets followed up by allowing the struggling Panthers to put up 31 points last week. It makes things incredibly frustrating from a predictive and betting standpoint. What makes the most sense for this game, as it did earlier this season, is a shoot out so you kind of have to go with that still even though it didn't shake out that way just a couple of weeks back.

The Falcons have maintained fairly consistent play on offense since these teams last met. They handled the Panthers well in Week 11 winning 29-3 but lost to the Bucs last week 22-35. After two solid performances from their defense, they were back to allowing 30+ points. Matt Ryan also got beat down taking six sacks last week and threw one INT and no TDs. This could be a similar problem for the Falcons this week as the Saints offer a solid pass rush of their own. The Falcons running game has been lost all season as well but has been especially absent without Devonta Freeman in the backfield. They were held under 60 rushing yards as a team in each of their last two games and have been held under 75 rushing yards in eight-of-11 games this season.

This matchup saw both teams combine for seven field goals when they met earlier this season with the only two offensive TDs coming from Matt Ryan. That just doesn't seem likely to repeat this week as I see the Saints out for revenge on the road this time and the Falcons, for whatever reason, have not shown up at home much this season. Neither team has offered an edge when looking at their ATS and O/U records from this season. With the Saints pushing for a top seed in the playoffs and the Falcons just looking to play spoiler basically at this point in the season, I just don't see another upset on the horizon, but I could see a close game still making the Falcons an attractive pick to cover.