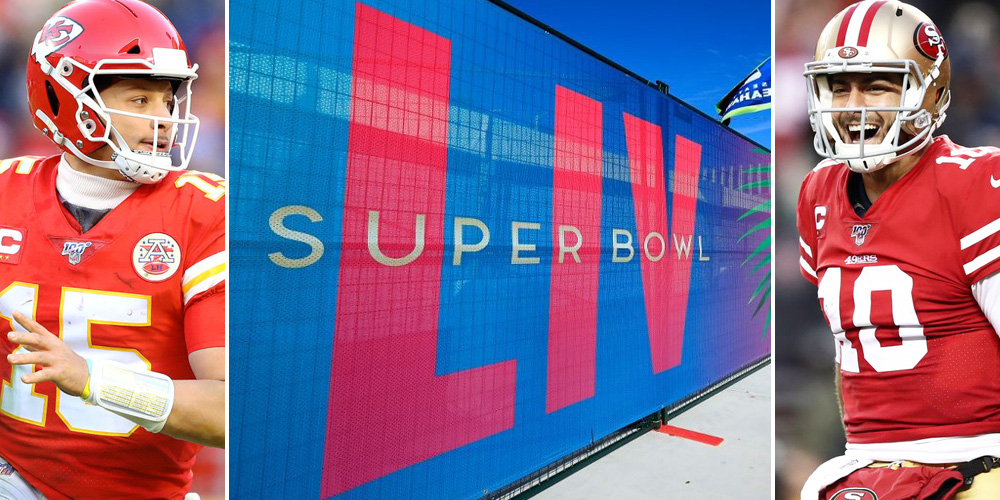 It's finally here! All season long teams are working their way to get to this point in the season, playing in the biggest game of all. The Super Bowl. Patrick Mahomes and Andy Reid have led one of the most explosive offenses in the league this season and will be pitted against one of the toughest defenses in the league in the San Francisco 49ers. Not only is this the biggest game of the season, and perhaps in all of the professional sports, but it's also one of the most popular games of the year when it comes to sports betting. We will do our best here to breakdown all the details you need to know about the big game to help you put a little cash in the pot as we have done all season.

This season we have two teams with very different levels of success, not just in the playoffs, but in the Super Bowl in general. The Chiefs are making just their third appearance all-time in the Super Bowl and their first appearance since 1970. This will be the second Super Bowl for head coach, Andy Reid and his 29th game in the postseason. On the other side of the ball, The 49ers are making their seventh appearance in a Super Bowl and aiming for their sixth win in the big game which would put them in a three-way tie with the Steelers and Patriots for most Super Bowl wins in league history.

The Chiefs have been on fire through the playoffs starting with their bludgeoning of the Texans by a score of 51-31 in the Divisional Round. Mahomes carved up the Texans soft secondary for 321 yards and five passing TDs, three of which went to Travis Kelce who also racked up 134 yards on the day. The Chiefs didn't do a ton of damage on the ground between the 20s, but Damien Williams was also able to find the end zone twice in that game. On defense, the Chiefs gave up 388 passing yards to Deshaun Watson and allowed a big day to DeAndre Hopkins who caught nine passes for 118 yards. They were able to keep Hopkins out of the end zone. 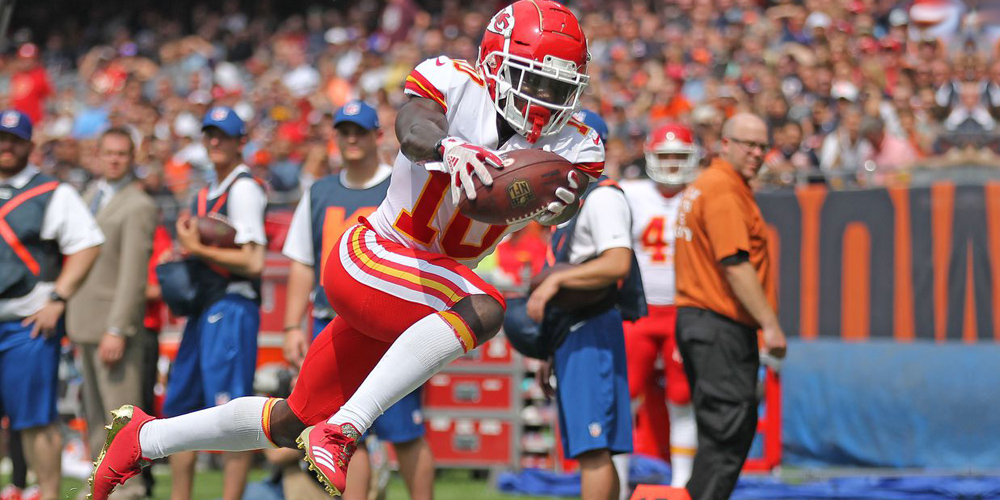 The Chiefs had a tougher test in the Conference Round against a surging Titans team but did the unthinkable in stopping Derrick Henry from running away with the game. This was the biggest test for them and one of the biggest takeaways to think about when looking towards their matchup against the 49ers in the Super Bowl who have one of the more electric rushing offenses themselves. Mahomes continued to stay hot and Sammy Watkins stepped up as the leading receiver in this one with over 100 yards and a TD while Tyreek Hill found the end zone twice but was quieted between the 20s.

The biggest takeaway from the Chiefs' postseason play was that the defense did bend a little in the first game early, but didn't break as Mahomes got the offense rolling. Neither of the teams they faced offer anywhere near the same defensive attack that they're about to see against San Francisco, however.

The 49ers have dominated through the playoffs by allowing just a total of 30 points combined to the Vikings and Packers. They held the Vikings to just 147 total yards in the Divisional Round and held both teams under 65 total rushing yards. They did allow Aaron Rodgers to throw just over 300 yards, but they also got him for two INTs and sacked him three times in the game. Davante Adams also had a big game going for nine catches and 138 yards.

The biggest takeaway from the 49ers postseason thus far was the domination we saw from their running game, and specifically from Raheem Mostert against the Packers. We knew going into that game that the Packers run defense was a problem, and the 49ers not just took advantage of that, they completely exploited it. Mostert carried the ball 29 times for 220 yards and four TDs while Jimmy G sat back and passed the ball just eight times completing six passes for 77 yards. Before that game, Tevin Coleman carried the load for the Niners going for 105 yards and two TDs against the Vikes while Jimmy G again sat back and threw for less than 200 yards with just one TD in the victory.

A lot has been made about the offensive firepower that the Chiefs possess with Patrick Mahomes under center, but when it comes down to it, the 49ers have averaged slightly more points per game on average this season and offer by large the more elite defensive unit between these teams. The mid-season struggles the 49ers had on defense were all injury-related, and now back at virtually full health, they look like they can take on anyone. Patrick Mahomes is a talent like no other in this league, and he has the ability to destroy any defense in this league. But what we have seen from the 49ers this season is that they seem slightly more able of beating you through either facet of their offense. While Jimmy G has only thrown four TDs in his last five games, he showed that he was able to keep his team alive in a shootout when needed as evidenced by their 48-46 victory over the Saints in Week 14.

This game has the makings of an electric performance with two of the league's top three scoring offenses going toe-to-toe. But, as the age-old mantra goes, defense wins championships, and I think that's what we're going to see here. You can easily make an argument for either of these teams to win, but I just think the 49ers defense gives them the edge.