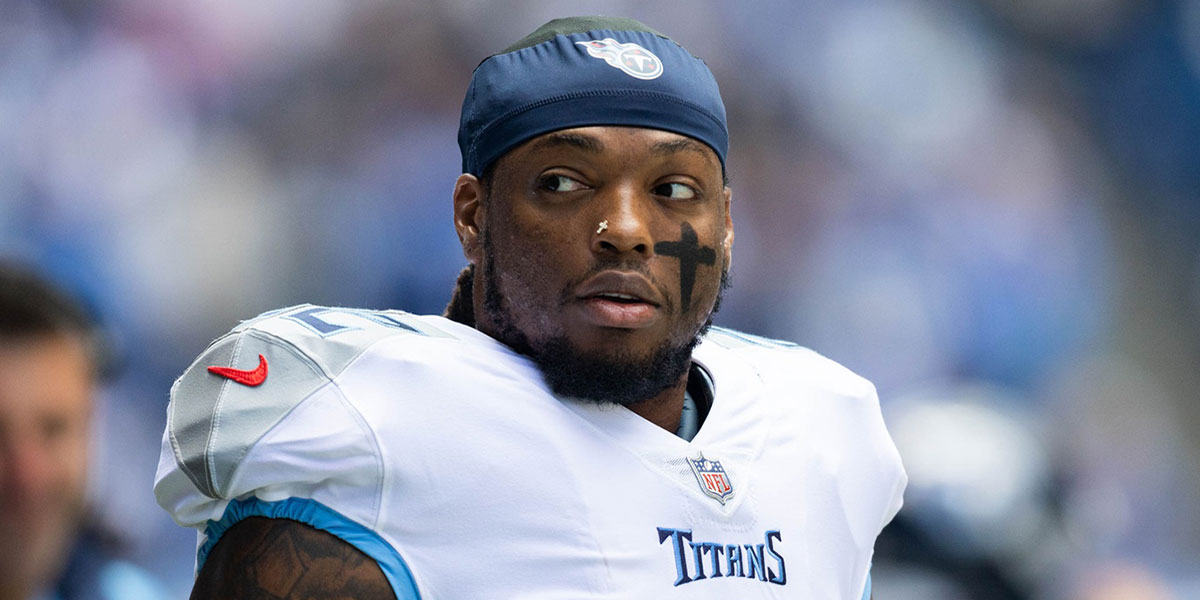 Week 11 of the NFL season is on the horizon, and after last week’s disaster, this week’s edition of Thursday Night Football could be redeemed with a solid matchup. The two rosters competing against one another are actually somewhat competent teams, a trait lacking from previous matchups.

With the potential for entertaining football, here’s to hoping for some solid Thursday Night Football. The Tennessee Titans will be traveling to Titletown to take on the Green Bay Packers at home in a game that is expected to have arctic temperatures.

These franchises have each had their fair share of adversity to overcome this season, but one team seems to be handling it a little better than the other. Through ten weeks, the Titans are sitting atop the AFC South at 6-3, a result that many weren’t expecting at this point. On the other hand, the Packers are in the midst of an uncharacteristically bad season as they’re 4-6 sitting in a distant second place behind the 8-1 Minnesota Vikings.

Even with their records on opposite ends of .500, Green Bay is still favored by three points according to the consensus spread. This matchup is also expected to be a lower-scoring affair with the over/under currently set at 41.

The Titans were not expected to be leading the AFC South this deep into the season. After trading star wide receiver A.J. Brown to the Philadelphia Eagles, many assumed that this team was headed for a sharp decline from where they were as the top seed in the AFC a year ago. Instead, they’ve embraced a gritty playstyle that perfectly embodies head coach Mike Vrabel’s mentality, a run-heavy approach with a defense that remains stout over the course of most games.

On defense, Tennessee started out horribly, but they’ve turned it around over the past few weeks. This season, they rank 23rd in yards allowed per game, 31st against the pass, and second against the run. Over their last three games, this defense has allowed a league-low of 13.3 points per game while also going on a specific stretch that hasn’t been seen in franchise history since their days as the Houston Oilers.

The #Titans defense on Sunday improved its streak to six consecutive games with three or more sacks. It is the franchise's longest such streak within a season since a six-game run in 1979. It is also the longest active streak of its kind in the NFL.

With their recent success in the sack department, the team currently ranks first in quarterback pressures as well as fifth in pressures per dropback. To put it simply, this team can get to the quarterback with the best of them.

This defense is composed of some strong players. The secondary is made up of a great safety duo of Kevin Byard and Amani Hooker. The defensive line is as good as ever with Demarcus Walker getting to the quarterback, Teair Tart having an unexpected breakout, and Jeffery Simmons continuing his All-Pro level play.

As for the linebackers, Mario Edwards Jr. has been a solid outside linebacker, David Long has been one of the better inside linebackers in football this year, and Denico Autry continues to get to the quarterback with seven sacks on the year. This defense has progressed from their Week 2 disaster against the Buffalo Bills and emerged into one of the best defensive units in football as of late. They’ll aim to keep it going in Week 11.

On offense, the Titans' main goal is the same as it’s been since Derrick Henry arrived in Nashville. Just run the ball. The team is currently dead last in yards per game, 31st in passing yards per game, and ninth in rushing yards per game. The passing game has been hampered due to quarterback Ryan Tannehill being unavailable for a couple of games, but it still hasn’t been great when he’s been around either.

There really isn’t much to address in this offense other than Henry, who leads the NFL in rushing attempts with 202. The receivers aren’t great, but there is some potential with rookie Treylon Burks, third-year receiver Nick Westbrook-Ikhine, and veteran Robert Woods. However, the severe lack of passing volume has these guys making little impact on the stat sheet in most weeks. The unit will likely be relying on King Henry once again as they face off against a Green Bay defense that hasn’t been great against the run.

The Packers have been one of the more disappointing teams in the NFL up to this point. With quarterback Aaron Rodgers running it back in Green Bay after rumors of him suiting up for a different team dominated offseason media coverage, most expected this team to be competing for the NFC North lead as they usually do. Unfortunately, that hasn’t been the case with the Pack sitting at 4-6 and currently on the outside looking in for the playoff picture. But there is still plenty of season left, and if there’s any quarterback that can turn his team around, it’s Aaron Rodgers.

This defense has been solid so far, but they’ve lacked the ability to shut down opponents, an ability that many were expecting of them in the offseason. They’re currently ninth in yards allowed per game, third against the pass, and 26th against the run. With this unit being limited against the run, they may have a tough challenge on their hands against a running back like Derrick Henry.

The defense is led by a strong cornerback duo of Jaire Alexander and Rasual Douglas. Their defensive line could be better with Kenny Clark leading the bunch. The safeties are one of the main weaknesses here with Darnell Savage and Adrian Amos being less than adequate, but the team did just pick up former Las Vegas Raiders safety Johnathan Abram to help them out in that area. De’Vondre Campbell has been one of the better linebackers in the league this year, but he’s unavailable for this matchup.

The team has lost some of its main defenders recently with edge Rashan Gary and cornerback Eric Stokes heading to IR. The team will have to make up for their absences for the rest of the year.

In Week 9, this offense appeared to hit rock bottom. They lost to the then 1-5 Detroit Lions, and the team was in shambles with Rodgers playing his worst football in a while. But, in spite of that loss to one of the league’s worst defenses, the offense came out firing in Week 10 as they stole an overtime win over the league’s best defense in the Dallas Cowboys.

A possible breakout performance led that offensive improvement from the Packers’ second-round rookie, Christian Watson, who finished with four receptions for 107 yards and three touchdowns.

2nd TD of the day for Christian Watson! #GoPackGo

Rookie receivers tend to play their best football in the second half of seasons, and that might be just what the Packers need for this offense to get going.

The rest of the offense has a few other strong players like wide receiver Allen Lazard and a  running back duo in Aaron Jones and A.J. Dillon. Those options are solid, but if this Christian Watson breakout is real, it will open up the offense while possibly bringing back the Packer football that fans have become used to over the years.

Based on how rough this Green Bay Packers run defense is, I’m rolling with the Tennessee Titans. Until we see some noticeable improvement in that area, it’s going to be hard to pick Green Bay to take down Derrick Henry after they just allowed 115 yards to Tony Pollard last week.

During the Titans' time with King Henry, the team is 26-4 when he hits the century mark on the ground. He could easily hit that number this week while the team continues to play stifling ball on the defensive side. The Packers could be on the rise, but I’m not liking this Week 11 matchup for them.

With his possible breakout coming in Week 10, Christian Watson could be a solid play this week. Assuming Watson plays in the WR2 role behind Allen Lazard, he could have a solid day with his deep play ability. The Titans are also the 30th-ranked defense in Football Outsiders’ defensive DVOA against opposing WR2s this year, making this a strong matchup for the rookie.

There are really only two viable options at wide receiver for Aaron Rodgers at this point, one being Allen Lazard. Prior to last week when he was covered by Trevon Diggs, Lazard had been on a solid three-game stretch where he put up over 50 yards in every game while scoring a touchdown in two of them. Being the default number-one receiver for Aaron Rodgers has its perks, and Lazard could benefit from that once again in Week 11.

There really aren’t any players on the Tennessee Titans offense that offer much outside of Derrick Henry. However, Dontrell Hilliard has some intrigue as a possible dart throw this week. The Packers just flat-out aren’t good at stopping the run, and Hilliard’s role behind Henry could bring some work his way. He has had his moments of stealing touchdowns from the King this season, so there is a chance that he steals another this week. In a game without many values, Hilliard could be a bargain for those that take a chance on him in this game.