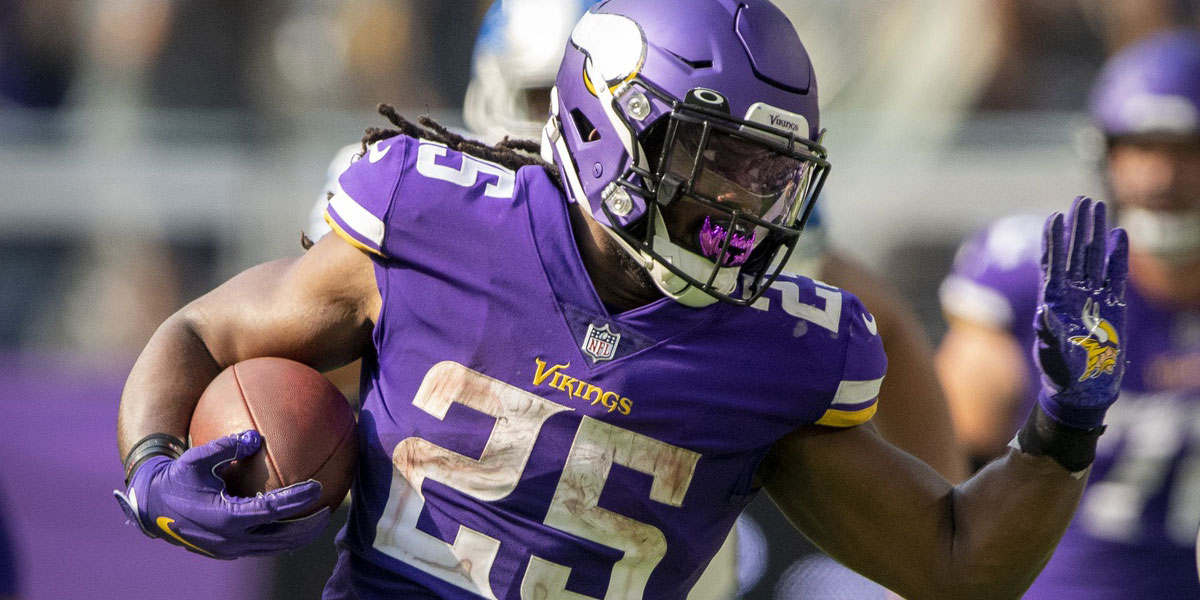 In a time long ago, last year to be exact, this coming week would either be the final week of the regular fantasy season or the first week of the fantasy playoffs. With the NFL adding a 17th game to the schedule, many of us still have at least one more week to try to fight our way into the playoffs. You owe it to your league to play to the whistle no matter what position you are in. If you're fighting for a playoff spot, already have one locked up, or are only in a position to play spoiler, there are still plenty of players on your waiver wire that can help you reach your goal. The Carolina Panthers, Cleveland Browns, Green Bay Packers, and Tennessee Titans are on bye this week, so don't forget to find a replacement for Aaron Rodgers, Aaron Jones/A.J. Dillon, Davante Adams, and Nick Chubb if they are on your roster. Good luck to all of you this week!

If you need to stream a quarterback next week, you do much worse than Taylor Heinicke. Heinicke is the season's QB14 in points per game and has scored at least 20 points in five of his nine starts (entering Monday Night Football). Next week Heinicke matches up against a Las Vegas Raiders defense that gives up the eighth-most fantasy points per game to the quarterback position. The Raiders have been especially porous over the past three weeks giving up an average of 26.1 points per game to quarterbacks, and Heinicke should continue their poor run against the position.

D'Andre Swift suffered a shoulder injury in the first quarter during the Lions Thanksgiving day loss and was ruled out of the game soon after. Monday head coach Dan Campbell was quoted as saying, “It’s hard to say that you’d see him playing,” when asked about Swift's Week 13 status. The Lions happen to roster an excellent backup in Jamaal Williams, who has a history of stepping in for an injured starter and producing from his time as a Green Bay Packer. Williams also happens to be available in more leagues than not and would be my second highest priority on the waiver wire this week. This past Sunday Williams ran for 65 yards on 15 attempts, and also secured all five of his targets for an additional 18 receiving yards. Though he's not elite as a runner, or as a pass-catcher, he's just good enough at both (he has at least 34 receptions in every season of his career prior to 2021) that he'll be in the RB2 conversation this coming week. It's not known how much time Swift will miss, but Williams is someone you need to add this week.

Dalvin Cook suffered a dislocated shoulder injury during the Vikings loss to the 49ers on Sunday, having to be carted off the field. Cook has a significant history of shoulder injuries going back to his college days and might or might not have a labrum tear. Regardless it's likely that Cook will miss at least several weeks.

Now Alexander Mattison will get the chance to show why so many believe he is one of the premier backup running backs in the NFL. During the 2021 season, Mattison has played two games without Dalvin Cook and has scored over 23 fantasy points in both of those weeks. Mattison is not the talent Dalvin Cook is, but he's also able to play on all three downs and face a Lions defense that has given up the fourth-most fantasy points per game to the running back position next week.

Miles Sanders injured his ankle on Sunday, early in the second half Sunday during the Eagles loss to the Giants. Even prior to the Sanders injury though the Eagles were still mixing Boston Scott with Sanders (and to a lesser extent Kenny Gainwell). Early indications are that Sanders should be able to play this coming week, but that Jordan Howard will miss at least one more game. This should allow Scott somewhere in the range of 11-15 touches, including goal-line work, and gives him RB2 upside.

If you have already clinched a playoff spot and you're already looking to a Week 14 matchup there is a trio of running backs that you might want to add to your roster this week.

This one feels like deja vu all over again. Christian McCaffrey injured his ankle in the second quarter, played just one snap in the second half, and was placed on the I.R. Monday. Because this is McCaffrey's second stint on the I.R. this year, his season is now over. During the first five games earlier this season that McCaffrey was unable to play, Hubbard put up RB1 numbers averaging 17.6 points per game. The circumstances were slightly different, with Sam Darnold under center then and Cam Newton under center this coming week. Newton isn't likely to use Hubbard as much in the passing game as Darnold did, and he'll almost certainly vulture goal-line carries, but Hubbard will still see enough rushing volume to plug in to your RB2 position.

If you've clinched a playoff spot or a playoff bye, or just have a roster space and want to spite other league mates, making a move to pick up Dontrell Hilliard or D'Onta Foreman works. Both backs are available in more than half of Sleeper leagues, and Hilliard is available in over of 75% of ESPN leagues. Without A.J. Brown and Julio Jones, both of whom are on the I.R, the Titans went especially run-heavy during Sunday's loss to the Patriots with 39 rushing attempts compared to just 21 pass attempts. Both Foreman and Hilliard eclipsed 100 rushing yards, Hilliard putting up 131 rushing yards and Foreman rushing for 101 yards. Even though McNichols should return from his concussion in two weeks after the Titans bye, the Titans would be better served by continuing to roll out both of these running backs over him.

Do you need to go for upside this coming week? Can I interest you in a player who has the second most 50+ yard receptions and 50+ yard touchdown receptions in the history of the NFL. Since joining the Raiders

What DeSean Jackson lacks in volume he more than makes up for in upside. This is strictly a boom or bust play. Last week against the Cowboys, Jackson went boom, giving you 102 receiving yards on just three receptions, but he's busted in his two other games with the Raiders, totaling one reception and 38 receiving yards. If you need to make up points to secure a playoff spot or are a significant underdog, be bold and turn to one of the best big-play threats in the history of the game.

There comes a time every season when it's time to suggest Russell Gage as a waiver wire add. This is that week. After seeing eight targets in this week's win against Jacksonville, Gage has led the Falcons in targets two straight weeks. Over those two weeks, he's been targeted 15 times, with 11 receptions for 111 yards and a one receiving touchdown. Though it's taken a bit more time than most expected, Gage is finally starting to assert himself as the WR1 (Kyle Pitts is still technically a tight end) for the Falcons. This should continue to lead to WR3/4 production, making Gage worth an add this week on a thin waiver wire.

If you started Darren Waller on Thanksgiving, you did not have much to be thankful for. In the second quarter,  Waller injured the IT band in his knee (which I've been assured is a real thing) and could not return to the win over the Dallas Cowboys.

Raiders head coach Rich Bisaccia classified Waller as "week to week" on Monday, so there's a good chance he won't be able to play this coming week. If you play in dynasty leagues, then Foster Moreau is a name you already know. Moreau is an athletic receiving tight end that should slot right into Waller's role if Waller is forced to miss any time. Though his stat line was modest against Dallas, three yards on one reception, he was targeted five times, securing a 13% target share despite Waller also seeing five targets in his two-quarters of play. When Waller missed Week 7 against the Eagles, Moreau stepped up and produced as the TE4 overall, with six receptions for 60 yards and a touchdown. If forced to step in again for Waller, Moreau is a top 12 option at the tight end position.

#Raiders Pro Bowl TE Darren Waller suffered just a strained IT band in his knee, sources told me and @TomPelissero said after his MRI. Some very good news.