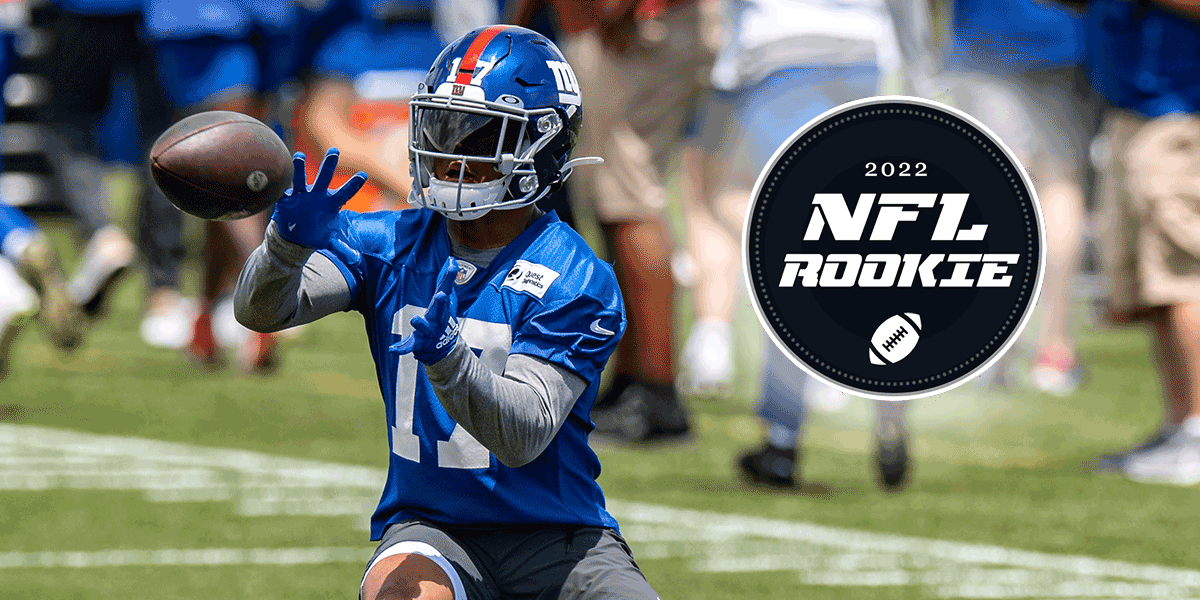 Amongst the receivers in the 2022 NFL Draft, Wan'Dale Robinson warrants intrigue based on his college production and playmaking ability. It's understandable to hesitate when considering a Giants' receiver tied to Daniel Jones with the poor passing efficiency. However, Robinson raises eyebrows via the analytics and film as a sleeper receiver to consider in redraft and dynasty leagues. We'll examine Robinson's workout metrics, college production, strengths, and weaknesses as an early 2022 outlook.

As the eighth receiver off the board in the 2022 NFL Draft, Wan'Dale Robinson landed with the New York Giants. Interestingly, the Giants traded back in the second round to the Jets and then moved back again to select Robinson as 43rd overall. After some question marks with Robinson in the early second round, Brian Daboll expressed some optimistic thoughts regarding Robinson's toughness and explosiveness.

With Kenny Golladay, Kadarius Toney, Sterling Shepard, and Darius Slayton at receiver, Robinson adds to their depth amongst pass-catchers. Toney flashed as a rookie when healthy, but the other receivers underperformed for most of the season. As a smaller receiver listed at 5-foot-8 and 179-pounds, he might battle for time in the slot with Toney or Shepard, though Toney showed the ability to play all over the field.

Robinson ran a 4.44 40-yard dash (81st-percentile), yet a brutal 85.8 Speed Score (25th-percentile). Thankfully, Speed Score and athleticism matter more with running backs, but Robinson still possesses straight-line speed. The only other workout metric above the 50th percentile included the 11.12 Agility Score (64th-percentile) that could translate into evading tackles.

Where we find reasons for optimism include the production metrics with a peak season as a junior at Kentucky with 104 receptions, 1,334 receiving yards, and seven receiving scores. Robinson added seven attempts for 111 rushing yards in 2021, down from 340 on 88 carries (2019) and 240 rushing yards on 46 attempts (2020).

The final college season metrics translated to a 45% Receiving Yards Market Share and 36% Receiving Dominator Rating with a Breakout Age of 20.9. Take it with a grain of salt, but Robinson produced more than Paul Richardson, Elijah Moore, Rashod Batman, and Calvin Ridley in Career Receiving Yards Market Share. Those top comparisons come courtesy of the RotoViz Box Score Scout, as an analytical approach to comparing similar receivers by size, speed, and productivity.

We covered a couple of Robinson's strengths, including his college production, particularly in his final season at Kentucky, plus his rushing ability. In the NFL, Robinson could add an element of production on the ground as a receiver similar to Chase Claypool, Tyreek Hill, or even a high-end outcome of Deebo Samuel. That suggests the team could use Robinson in a versatile role with speed to run past defensive backs.

On film, Robinson showed the ability to take an end-around or haul in passes in the short, intermediate, and deep areas. It reminds me of his teammate Toney with the rushing and receiving production, though Toney edges Robinson in the athletic measures while Robinson bests Toney in production. Similarly, Robinson boasts the ability to create yards after the catch and make tough catches, which we love to see.

In theory, Robinson's draft capital should hint at more projected playing time after Golladay and Shepard underperformed with Toney undergoing arthroscopic knee surgery in late May. Assuming the Giants continue to play from behind with a -6.01 Game Script (No. 30), Robinson could garner increased opportunities on a team that ranked 10th with 34.9 Team Pass Plays Per Game.

One could argue that one of Robinson's weaknesses includes the mediocre or below-average workout metrics. However, it's just one data point to consider, and Robinson produced well as a junior at Kentucky in a versatile role. Without considering Brian Daboll as their new head coach, the team context for the Giants could cause reasons for concern, particularly with Daniel Jones at quarterback. 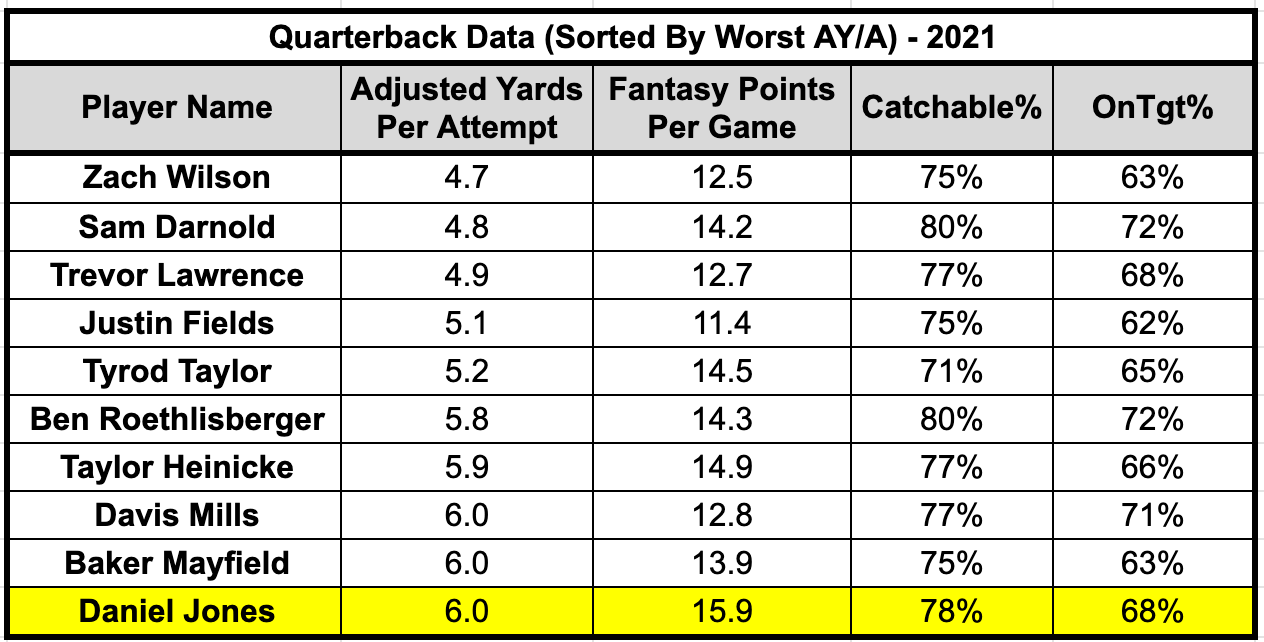 Often, we'll find the top fantasy and real-life quarterbacks with a high Adjusted Yards Per Attempt. Unfortunately, Jones averaged 6.0 AY/A (No. 23), better than the 2020 numbers with 5.5 AY/A (No. 31). Given the negative game script and top-10 Team Pass Plays Per Game, Robinson's path for fantasy value likely comes via volume versus efficiency. However, the Giants ranked 25th in Total Plays and 23rd in Plays Per 60 Minutes with a 58% Pass Rate (No. 13) in neutral game scripts. That indicates the volume of plays needs to increase to have more optimism. Overall, it feels like the classic of whether we buy into Robinson's talent over the situation.

In FFPC redraft leagues, Wan'Dale Robinson has an ADP of 205.7 near receivers like Corey Davis, Robbie Anderson, Curtis Samuel, and Donovan Peoples-Jones. In Underdog Best Ball leagues, Robinson's ADP has a slightly higher ADP at 187.8 as the 83rd WR near Darrel Williams, Evan Engram, Brian Robinson, A.J. Green, and J.D. McKissic. Around pick 180-200 in the 15th or 16th round of 12-team leagues, it's worth drafting Robinson given the versatility, productivity, and potential in the Giants' offense. Even in dynasty formats, target Robinson in the early second round of rookie drafts in Superflex and 1-QB leagues.