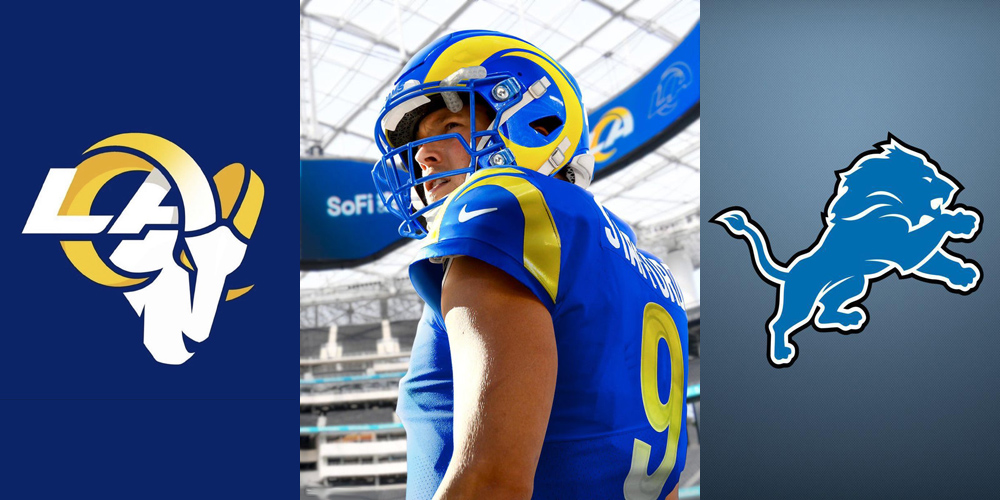 Wow, what a trade over the weekend with the Los Angeles Rams and Detroit Lions. After playing with the Lions for his entire career, Matthew Stafford lands with the Rams. The Rams acquired Stafford and traded away two first-round draft picks (2022, 2023) plus a third-round pick in 2021, oh and of course, Jared Goff. Quite a haul for the Lions from a real-life perspective. So what do we make of the fantasy football impact of Matthew Stafford and the rest of the Rams offensive players? Initial gut feeling - Stafford is an upgrade from Jared Goff. However, as always, let's dive into the data and analyze the fantasy football aspect of the Matthew Stafford trade. We will, of course, also touch on the impact of the Rams' offensive skill players.

Heading into the 2020 season, some, including myself, expected Goff to have a high passing volume. However, the passing volume dropped to 38.4 Team Pass Plays Per Game (No. 14) with 552 passing attempts (No. 9). Meanwhile, the efficiency still stunk with 6.5 Adjusted Yards Per Attempt (No. 22) and a -5.9 Production Premium (No. 21). In terms of pace, the Rams finished in the bottom half of the league with 2.22 plays per minute (No. 18). Overall, in 2020, the Rams relied on their defense and running game since they ranked 7th with 29.6 Team Run Plays Per Game. With that said, the receiving production stunk for their top receivers in Robert Woods and Cooper Kupp.

Matthew Stafford only played in eight games in 2019, but he displayed efficiency with an 8.6 Adjusted Yards Per Attempt (No. 2) and +19 Production Premium (No. 6). Although Stafford wasn't as efficient in 2020, he played without Kenny Golladay in 11 out of 16 games. Anytime a quarterback plays without an elite wide receiver, we expect some struggles for their entire offense. From 2014-2018, Stafford ranked 11th or higher in total passing attempts but finished with mixed results in terms of adjusted yards per attempt ranging from 6th to 26th.

Take the past opportunity and efficiency metrics with a grain of salt because the quarterback position is changing in recent years. In 2020, nine out of the top-12 quarterbacks in total fantasy points rushed for 150 rushing yards or more. Aaron Rodgers just missed the cut at 149 rushing yards, which would have made ten out of 12. In 2019, we had ten out of 12 quarterbacks with 150 rushing yards or more. We know Stafford doesn't use his legs much, but he's still an upgrade compared to Jared Goff, and the metrics back it up.

Stock Up for Matthew Stafford and Cam Akers

We know Sean McVay's system facilitates offensive friendly environments or adjusts to their player's strengths. In recent years, we noticed a downward trend in offensive production, likely due to Jared Goff regressing in the passing touchdown department after the 2017 and 2018 seasons. Although it's not all-encompassing, here's how the Rams ranked in total points and total offense from 2017-2020.

Cam Akers finished on a tear in his 2020 rookie season, and Stafford's arrival should bode well for the running backs. Over the final four games, Akers averaged 21.5 carries and 109 total yards. In two postseason games, Akers totaled 46 rushing attempts with 221 rushing yards and two rushing touchdowns. He currently leads all running backs in rushing yards in front of Leonard Fournette in one less game, but Fournette should overtake him with an additional Super Bowl game. We already expect Akers ADP to rise significantly in 2021 redraft leagues, and more so with Stafford joining the offense. Akers ranked 20th with 1.43 Yards Created Per Touch, 25th with 223 Yards Created, and 76th with a -25.7 Production Premium, meaning Stafford should help Akers' efficiency in 2021.

Stock Up for Cooper Kupp and Robert Woods

The target volume for Cooper Kupp and Robert Woods looked decent. However, the Air Yards, Air Yards Share, and productivity look mediocre for both of the Rams' top receivers. That's no surprise, given the low average target distance for both, which relates to the weak adjusted yards per attempt for Jared Goff. Woods finished 2020 with 130 targets (No. 12), a 23% target share (No. 26) yet earned 923 Air Yards (No. 45) and a 24.2% Air Yards Share (No. 49). His 7.1 average target distance (No. 99) aligns with the lack of productivity and Air Yards. It's no surprise Woods ranked 67th with a -6.4 Production Premium. Stafford should boost Woods production, assuming similar opportunity metrics.

Cooper Kupp earned similar opportunities with 125 targets (No. 16) and a 23.7% target share (No. 21). Meanwhile, Kupp finished with 819 Air Yards (No. 54), 23.7% Air Yards Share (No. 52), and a 6.6 Average Target Distance (No. 103). Like Robert Woods, Kupp compiled a ton of receptions with 92 receptions (No. 9) with 969 receiving yards (No. 20). The reception total isn't terrible, but we hope the receiving yards and touchdown production ticks up with Stafford at quarterback. Outside of 2019 and 2020, Stafford typically fed his top wide receivers, and the Rams tight ends don't compare to an elite tight end talent like T.J. Hockenson.

With the Matthew Stafford trade, the Rams showed their hand in an attempt to win-now. The new team context appears like an upgrade with the offensive line, Cam Akers, Robert Woods, and Cooper Kupp. Granted, Woods and Kupp don't have the massive upside of Kenny Golladay, but they're both above average. However, it's safe to say Stafford and Golladay combined for fantasy production. We expect Stafford to improve the offensive efficiency, which positively impacts the efficiency for Woods and Kupp. With the 2021 quarterback landscape, Stafford is still a high-end QB2, given the 2021 rookie quarterbacks likely making a push for QB1 or QB2 status. As mentioned earlier, the majority of top-12 quarterbacks provide the rushing ability that Stafford lacks. It's difficult to temper the excitement, but the Rams team context and the offensive system should boost Stafford's stock heading into 2021.