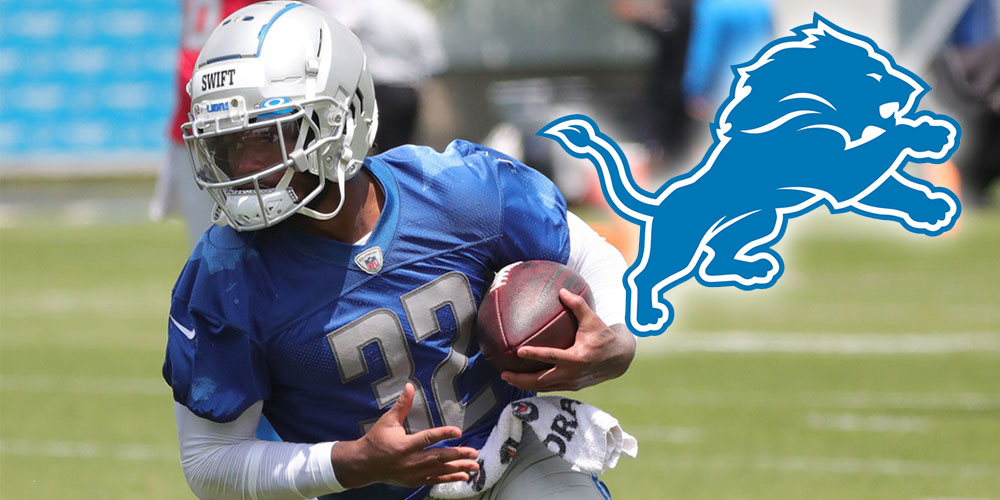 Second-year Lions’ running back, D’Andre Swift, is a potential bust candidate for the 2021 NFL season. While Swift has the talent to be an effective runner in the league, he might struggle to return value to Fantasy Football owners this season. Swift is currently being drafted as the RB18 according to FantasyData's ADP, which puts him in the middle of the third round. Swift is being drafted ahead of running backs such as Josh Jacobs, Mike Davis, and Myles Gaskin. While it’s easy to be attracted to the young age, and expected volume of Swift, there are some red flags.

In his first year in the NFL, D’Andre Swift was Fantasy Football’s RB18 in both PPR, and half-point PPR in 2020. He was one of just four running backs that were able to turn in a top 20 finish in less than 14 games played. Swift’s shortened season was due to a concussion that held him out towards the back half of the season. When healthy, Swift shared a majority of the work on the ground with veteran, Adrian Peterson. In the split, Swift saw just 35% of the team’s rush attempts to Peterson’s 48%. Even on a per-game basis, Peterson was still getting a bulk of the rush attempts. When Swift did get the carries, he was fairly effective with them, averaging 4.6 yards per attempt. His breakaway rate of 5.3% was the 10th highest in the league, with six rush attempts that went for 15+ yards.

However, it was a different story in terms of receiving. Swift was the primary pass-catcher in the Lions’ backfield, hauling in 46 receptions on just 57 targets. While the catches were there, the drops unfortunately followed. Swift had the seventh-highest drop-rate among NFL running backs (12.3%). We all remember his most notable drop of the season, coming in Week 1 that would have sealed a victory over the Chicago Bears. He went on to drop six more passes on the season, which will need to be cleaned up heading into his sophomore season.

The biggest obstacle Swift will face this year is the state of his team over the course of the 2021 season. DraftKings Sportsbook currently has the Detroit Lions with a projected win total of 4.5. Only the Houston Texans have a lower number (4). Having a team with this low of an expected win total can be a red flag when it comes to drafting their running back. Last season, the bottom six teams in the NFL only produced one top 20 running back in PPR scoring.

Free-agent acquisition, Jamaal Williams, will be the one sharing the workload with Swift in this Lions’ backfield. Williams signed a two-year deal worth $7.5 million. This type of money is not just handed out to a running back that won’t see work. We should expect Williams to handle a majority of the early-down work, and be a threat to Swift at the goal line. Williams is also no slouch in the receiving game, either. In a role behind Aaron Jones in Green Bay, he was still able to haul in 25+ receptions in all four seasons. The projections below show this backfield being a 60/40 split in favor of D'Andre Swift.

FantasyData's current projections have Swift finishing as the RB14 in PPR scoring. While that's a fine stat line, it's not enough to return value with his 3rd or even 2nd round ADP. He doesn't have the build of a true "workhorse" back in this league, which is the reason Williams was brought in. Swift should provide a nice floor with his ability in the receiving game if we do believe the Lions are a 4-5 win team. However, it’ll be difficult for him to reach "breakout" status given his current situation.

Before we jump into this article, I wanted to let you know that this year's Fantasy Football Draft kit is included in our Premium and Premium Plus memberships. We have over 250 player forecasts, Fantasy Rankings, Player Projections, and Cheat Sheets for those look for something quick and easy to use to win your draft. 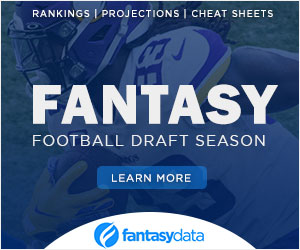 Previous Article 6 High-Risk Fantasy Players That Will Make or Break Your...
Next Article Who's Going to be WR2 in the Chiefs Offense? Does it even...