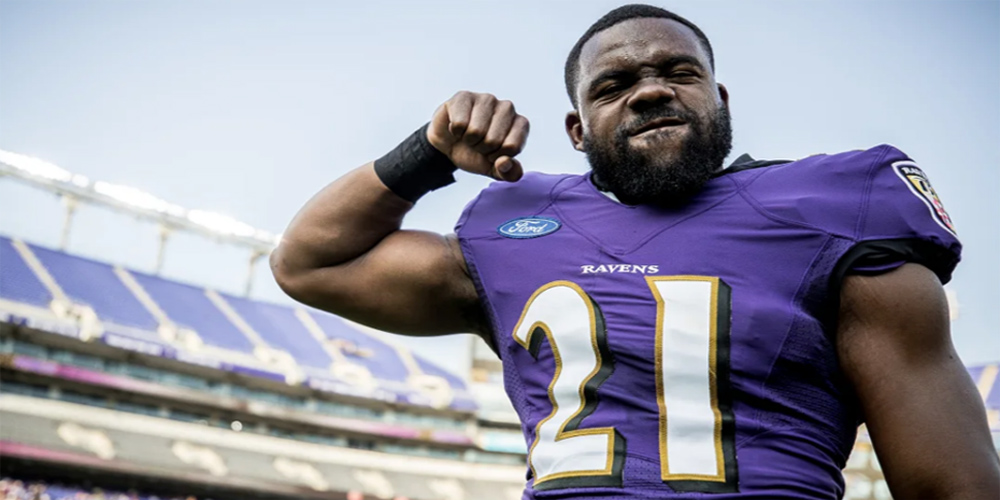 In fantasy football, opportunity is everything. Before a player even has the chance to produce anything on the field, he first has to earn that opportunity. One of the best ways to identify which players have the best chances of earning fantasy points is to see how often they are on the field. Breaking down each week's snap counts shows us who is earning the most playing time.

While analyzing which players produced the most fantasy points in Week One is helpful, studying snap counts over time gives us a clearer picture of which players are the best bets to produce in the future.

Now that Week One is in the rearview mirror, let's take a look at which players scored the most fantasy points per snap, and how we can use that information moving forward to improve our fantasy football rosters.

Mark Ingram was the most efficient skill position player of the season opener, averaging nearly one fantasy point per snap. Even more impressive, Ingram did this playing in fewer than one-third of Baltimore's snaps, mostly because the Ravens obliterated Miami and their starters were rested in the second half. Moving forward, Ingram should play a higher snap rate and remains a solid weekly RB2 for the run-first Ravens.

Todd Gurley owners are undoubtedly concerned about the red-zone usage for Malcolm Brown, who was the second-most efficient running back thanks to taking all or the Rams' red-zone carries. Gurley actually had a solid game (14 carries, 97 yards) but if the Rams continue to use Brown exclusively in the red-zone, Brown has real RB2 potential in this potent Los Angeles offense.

Reportedly, Melvin Gordon won't report for 6-to-8 weeks, but it looks like the Chargers will be just fine. Austin Ekeler logged 75% of the Chargers' snaps and produces an impressive 0.7 fantasy points per snaps thanks to a league-high three touchdowns in Week One. Justin Jackson will also be mixed in fairly often while Gordon is absent, but Ekeler looks like a weekly RB1.

Quite an NFL debut for No. 24 overall pick Josh Jacobs, who turned 24 touches into 113 scrimmage yards and a pair of touchdowns. Jacobs became the first rookie since LaDainian Tomlinson to top 100 total yards and score two or more touchdowns in his first game. Jacobs generated 0.54 fantasy points per snap, which ranked eighth among all skill position players in Week 1.

There doesn't look like any committee backfield in Indianapolis, as Marlon Mack dominated touches and finished seventh among all running backs in fantasy points per snap. Mack's 25 carries led the entire NFL, as did his 174 rushing yards. Mack wasn't targeted in the passing game but still managed to produce 0.53 fantasy points per snap.

Christian McCaffrey led all running backs with a huge 42.9-point PPR outing in Week One. McCaffrey ran for 128 yards and reeled in 10-of-11 targets while playing all 67 of the Panthers' snaps. That 100% snap rate is the only reason McCaffrey finished eighth in fantasy points per snap. Expect his usage, like last year, to remain the highest among all running backs.

Ronald Jones II actually played the fewest snaps out of Tampa's backfield but was easily the best fantasy option. Jones had the best game of his young career, averaging 5.8 yards per carry and turning his lone target into 18 receiving yards. On the heels of this outing, Jones should start to claim a bigger piece of the backfield committee in Tampa, making him one of the top waiver wire adds heading into Week Two.

Don't expect Sammy Watkins to have another massive outing like Week One, but he's in for a substansial increase in targets now that Tyreek Hill is expected to be sidelined for up to two months with a collar bone injury. Watkins played almost 96% of Kansas City's snaps and led all wideouts with 0.58 fantasy points per snap. thanks in large part to a league-high 198 receiving yards and three touchdown receptions. While Hill is absent, Watkins should be considered a weekly WR2.

DeSean Jackson's top-end speed made an immediate impact in his return to Philadelphia. Jackson scored a pair of touchdowns from 50-plus yards out and corralled 8-of-10 targets for 154 yards. Jackson's 15.4% touch rate ranked fourth among all wide receivers, while his 0.53 points per snap ranked second. There will be some dud games, but Jackson's elite ceiling makes him a must-start weekly WR3/flex option.

D.J. Chark was one of the biggest surprises from the opener, starting on the outside and producing the third-most fantasy points per snap on 41 plays. Chark caught all four of his targets and produced 146 receiving yards and a touchdown playing opposite of Chris Conley, who also had a big game. With QB Nick Foles being placed on IR, Chark's continued fantasy-relevance will be in the hands of sixth-round rookie signal-caller Gardner Minshew.

John Ross played full-time and had the best game of his up-and-down career. Ross caught 7-of-12 targets for 158 yards and a pair of scores. True to form, Ross also committed three drops, which have also been an issue. Don't expect Ross to produce 0.44 fantasy points per snap again any time soon, but he's certainly worth a fairly sizable waiver claim.

Speaking of the waiver wire, don't overreact to Phillip Dorsett's impressive Week One showing. Dorsett played 87.1% of New England's snaps against the Steelers, but that rate is guaranteed to plummet when Antonio Brown is activated ahead of this week's trip to Miami. Dorsett managed to produce a touchdown on half of his four targets, but reduced to WR4 duties, he'll be off the fantasy radar in the vast majority of upcoming games.

Danny Amendola looks like he could be a late-round PPR gem. Playing out of the slot for the Lions, Amendola commanded a league-high 27.7% of his team's targets in Week One and produced 0.35 points per snap, which 12th among all wide receivers. Amendola got a whopping 13 targets while playing on just 53.4% of the Lions' snaps. That's an unsustainable rate, but Amendola looks like a solid weekly flex option in PPR formats.

Another low-owned wideout that is likely to be available on the waiver wire is Washington's Terry McLaurin, who played almost 93% of the Redskins' snaps. Acting as the club's No. 1 receiver, McLaurin posted a 5/125/1 line in his first NFL game. The third-round rookie out of Ohio State quietly excelled throughout the summer and should be added in every league.

Delanie Walker's 0.60 fantasy points per snap led all tight ends and also would have led all wide receivers. Part of that outstanding efficiency was due in part to Walker's modest 47.5% snap rate, but we can't discount 5/55/2 line Walker produced on six targets. While Walker didn't play a ton, his 20.7% Utilized Rate ranked third among all tight ends in Week One.

We can't expect Lamar Jackson to repeat his gaudy Week One numbers on a weekly basis, but TE Mark Andrews looks like a sure-fire weekly top-10 fantasy tight end. Jackson and Andrews flashed solid chemistry down the stretch in 2018, and that momentum carried over. Andrews caught all eight of his targets for 108 yards and a touchdown and posted an impressive 0.53 fantasy points per snap in 32 plays. With the Ravens blowing out the hapless Dolphins, Andrews was rested in the second half, or his numbers could have been even better. Hayden Hurst and Nick Boyle will also get mixed in, but Andrews is the obvious breakout candidate.

Evan Engram led all tight ends with 14 targets and 11 grabs. Evans was one of three tight ends to top triple-digit receiving yards and his 26.4% Utilized Rate ranked first. While his 53 snaps only ranked 13th, Engram was heavily-involved in New York's gameplan and looks like a good bet to lead the Giants in overall targets and receptions.

What a debut for first-round rookie T.J. Hockenson, who led all NFL tight ends with 131 receiving yards. Hockenson caught 6-of-9 Matthew Stafford targets and produced 0.30 fantasy points per snap. At 6-foot-5 and 247 pounds, Hockenson's first pro game showed why he's been so favorably compared to former All-Pro Rob Gronkowski. Hockenson should be considered a weekly must-start moving forward.

Darren Waller played all 58 snaps for the Raiders- the only tight end to have a 100% snap rate in Week One. Carrying over his strong preseason momentum, Waller looked outstanding, catching 7-of-8 targets for 70 yards. Waller only ranked 16th in fantasy points per snap, but he should be considered a viable weekly fantasy option at the thinnest position.

This Week's FantasyData's Points Per Snap Article is FREE, but next week it's going Premium. Click Here to see all of the awesome fantasy stats and metrics you get as a premium member!

Not Sure? On the fence? If you're thinking about becoming a member I would suggest joining our mailing list and watch for the next promotion ;)