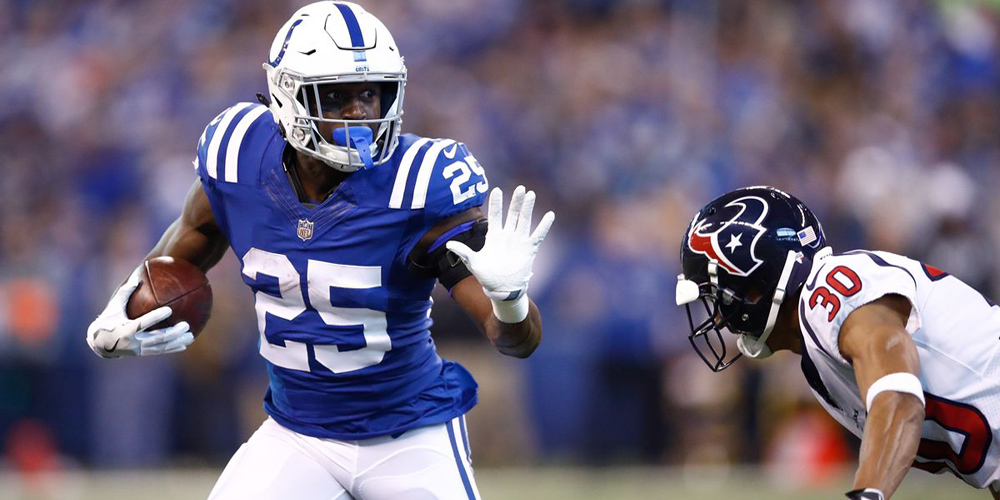 Have you ever heard of Yards Created? The metric originated by Graham Barfield measures all yards above and beyond what was blocked. Yards created are generated by the running back after the first evaded tackle. The number of fantasy points scored by RBs is highly dependent on the quality of play of the offensive line. Did the RB gain rushing yards before contact because of the OL? Did the RB have to create yards for himself? These are two questions that Yards Created can help answer. A back's vision, agility, play speed, play strength, and toughness will determine their effectiveness at creating yards. I will also reference expected points (EP), fantasy points over expectation (FPOE), and breakaway runs. EP is based on the average fantasy point value of plays in similar down, distance, and field position instances. FPOE, on the other hand, takes a player’s actual fantasy points and subtracts out the expected points. EP measures volume while FPOE measures efficiency. Breakaway runs are rushing attempts of 15 or more yards. As we approach Sunday's Week 4 slate of NFL action this article will highlight four under the radar RBs who are the best of the best in Yards Created.

Were you surprised to see Mack ranked so high? He's currently the RB11 in PPR formats. Mack is playing 71.6 percent of the offensive snaps and has an opportunity share (The percentage of the total team RB carries plus targets) of 71.3 percent. He's seeing a nearly even split of rushing attempts coming from under center or from the Shotgun formation. Mack has a higher yards per carry average (5.6) from under center with 65 percent of all of his rushing attempts are against defenses with seven defenders in the box. He ranks 11th with 42.2 expected points. Mack has averaged 8.3 points per game more than expected entering a Week 4 matchup against the Oakland Raiders. He's averaging 0.72 fantasy points per opportunity and faces a Raiders defense that has allowed 24 fantasy points per game to RBs this season. Mack's athleticism is allowing him to be successful, but he could take his game to the next level with improved OL play. It would be nice to see him be leveraged more as a receiver out of the backfield. The Colts will have to score as many points as possible with a Week 5 matchup against the Chiefs before heading into their bye week. Mack can continue to be viewed as a high-end RB2 with an RB1 ceiling.

Fournette is currently the RB18 in PPR formats. He's ranked third in snap percentage (98%) and first in opportunity share (97%), but is inefficient considering the opportunities Fournette is being given. It's easy to come to that conclusion by looking at his PPR fantasy points so far this season. Total Expected points and fantasy points over expectation will allow you to understand what's being left on the table. Fournette is ranked seventh with 51.5 expected points. He has averaged -10.2 points per game less than expected this season. Fournette does not have the physical tools to transcend poor OL play. If the quality of the play improves from the Jacksonville Jaguars OL so will his fantasy point production. Fournette has performed admirably considering his yards created totals. As a reminder, the Jaguars offensive line was ranked 21st entering the regular season by Pro Football Focus this summer. Fournette and the Jaguars face a Broncos defense that has allowed 24.6 PPR fantasy points per game to RBs this season. He can be viewed as a touchdown-dependent RB2.

Many wondered if Ingram would be able to thrive outside of the cozy confines of the New Orleans Superdome. We have our answer after three weeks into the 2019 season. Ingram is the RB5 in PPR formats playing 54 percent of the offensive snaps in the Baltimore Ravens run-heavy offense. Baltimore is averaging 37 rushing attempts per game and has provided the 29-year old RB a 52.1 percent opportunity share averaging 16.3 opportunities per game. Ingram is averaging 1.39 fantasy points per opportunity and is running against a light defensive front on 46.5 percent of his rushing attempts. He is ranked 15th among RBs with 42.5 expected points and second in total fantasy points over expectation. Ingram has averaged 25.4 points per game more than expected this season. He has the athletic ability to transcend poor offensive line play and this is depicted by Ingram 55.1 percent juke rate. Ingram ranks second in this metric. It isolates an RB's on-field elusiveness and tackle-breaking power by dividing the total number of evaded tackles by the total number of touches. The great news for Ingram is that Ravens OL has been phenomenal this season. The unit ranks 5th in the Football Outsiders metric Adjusted Line Yards. It analyzes OL effectiveness by assigning a value to RB carries. Ingram and the Ravens face a Browns defense that has allowed 23 PPR fantasy points per game to RBs this season. He is firmly on the RB2 radar and provides you with an RB1 ceiling.

The San Francisco 49ers lead the NFL in rushing attempts per game with 38. Kyle Shanahan is, unfortunately, implementing the dreaded three-man RB by committee. Breida has only played 38.2 percent of the 49ers offensive snaps and has an opportunity share of 38.3 percent. Did you know that 88 percent of his rushing attempts have come from under center? Breida has also faced stacked boxes (eight or greater defenders in the box) on 41.5 percent of his rushing attempts. He's ranked fifth in the juke rate metric. Breida has averaged 1.3 points per game more than expected this season. The 49ers offensive line is ranked first in Adjusted Line Yards. Breida should be rostered in all formats, especially deeper leagues. The only two things holding him back are offensive snaps and touches.

Please read my Start 'Em Sit 'Em column to help get ready for Week 4. If you have additional questions you can also refer to my fantasy football rankings or better yet reach out to me on Twitter for an immediate response (@EricNMoody). Thanks for reading and please sign up for FantasyData Premium.