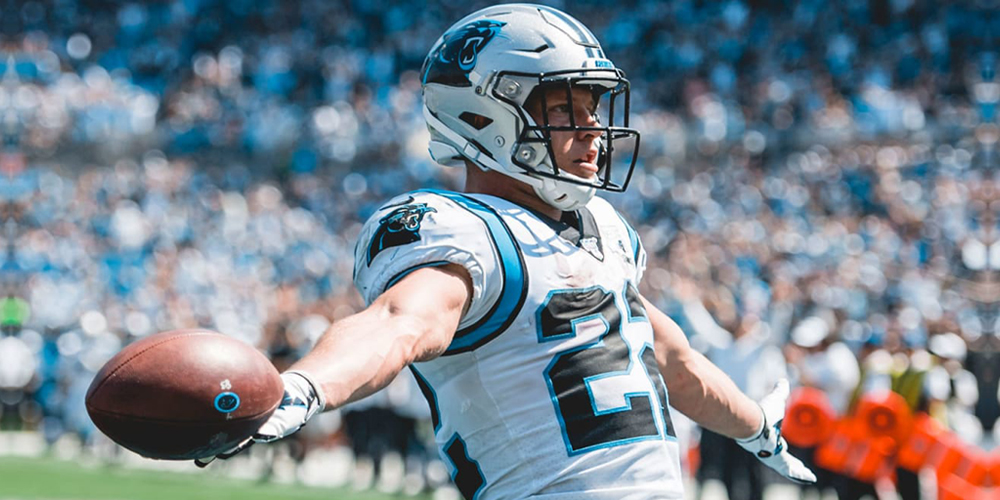 The following is our new NFL Fantasy Football Rankings page for the upcoming 2022 NFL Season. We have recently made some big changes to this page that our users are raving about! Let's go over some of the features we have to offer.

FantasyData's new rankings page has added metrics to help you research for your draft.  We have added an ADP tracker, that records where players are being drafted in leagues and tracks their movement for you to see trends. Our ADP tracker also notes the highest and lowest in which a player has been drafted. We also have an average in which the player is being drafted. This takes the average draft position to a whole new level, as you aren't just seeing ADP as of one current day, but over a three-week time period. This allows getting a read on where the fantasy industry is taking him and allows you the drafter to be strategic on whether you should snag the player quickly because there is hype on the player, or wait as trends show his ADP falling, allowing you time to wait.

How it started, and how it went. FantasyData's ADP vs. Finished columns should hopefully put things in perspective when it comes to drafting our favorite fantasy players. You may not remember how every player did last season, so showing where they were going and drafts and where they finished the season will keep you grounded in terms of expectations, and maybe also give you a reality check if you remembered things differently.

Remember all the player names are links to their player page, so if you want to research what went wrong, or need a second look at a player that performed better than you remember, click away.

The Global Consensus is taking our Fantasy Football Rankings, and comparing them to the industry standard. The +/- shows which players we like more, and which players we like less. As we get closer to the preseason, our team of expert fantasy writers will begin to further explain why we like certain players more or less with premium articles.

What Position Gets The Most Points in Fantasy Football?

Quarterback - This then leads to the follow-up question, Then why are quarterbacks not ranked higher in your Fantasy Football Rankings?

While the quarterback position does get you the most fantasy points, the running back position is arguably the most important position in fantasy football. The reason why is most fantasy leagues consist of 10 to 12 people, and you only need one starting QB in your fantasy lineup every week. With 32 NFL teams, there is plenty of QB's to choose from.  Whereas you are required to start two running backs in your fantasy lineup. The quality of the top running backs drops off fast in the NFL, and the requirement of having to start two RB's every week drives their demand through the roof in fantasy football. This is why almost all Fantasy Football Rankings start with RB's.

A lot of fantasy football fans love to look at Fantasy Football Rankings, but don't fully grasp how to use them. They see a list of players and assume one is to simply pick players off the list at their fantasy drafts to build their team. But that couldn't be further from the truth. Due to the supply and demand, and value of certain positions, many people could make a mess of their draft without knowing some.

What is a Good Fantasy Football Strategy?

Wait On Drafting Your Quarterback - This strategy is the most common among all fantasy football drafters. With such a high demand on RB's and WR's the wait on QB strategy simply means you ignore the position until the 8th or 9th round. Use your Fantasy Football Rankings list of target RB's and WR's and draft a tier-two QB late to maximize the talent of your skilled players.

Zero RB Strategy - This fantasy football strategy means you get one elite RB in the first round and then draft wide receivers for at least the next four to five rounds, sometimes more. This strategy is aggressive and puts a lot of pressure on that elite RB, but this strategy allows you to go against the grain throughout the draft. While your league mates are fighting each other to hoard up as many RB's as possible, you are scooping up the elite WR talent. Once your team is stacked with WR's, you target a non-flashy RB that will get his goalline touches as your RB2. You essentially plug and play your RB2 based on matchup. In the event, you can pick up a waiver wire RB that turns out to be the next best thing, your team is then all of a sudden a juggernaut of value.

Stacking Bye Weeks - This is not a draft strategy that you can plan for pre-draft, but if you happen to notice early on in your draft that your player's bye week are all the same, you double down and draft more players with the same bye week. The strategy here is that your elite players are all off on a bye together for one week. This is essentially punting that one week as all your players are off. You accept the loss, knowing that your team will be full strength all season, where your opponents will constantly having players in and out all year. This strategy is rarer, and it should be noted that you shouldn't overlook talent at any point when on the clock. You should still continue to draft the best available using your Fantasy Football Rankings list.

Best Available - This strategy may be the subject of ridicule at a fantasy draft. The goal here is to heavily rely on your fantasy football rankings and get the best player available regardless of position. The goal here is to be active in trading throughout the season. Either overload at TE or QB and wait for the trade offers to roll in. This strategy relies more on the fantasy manager's ability to make trades, which is something that a lot of people love about fantasy football.