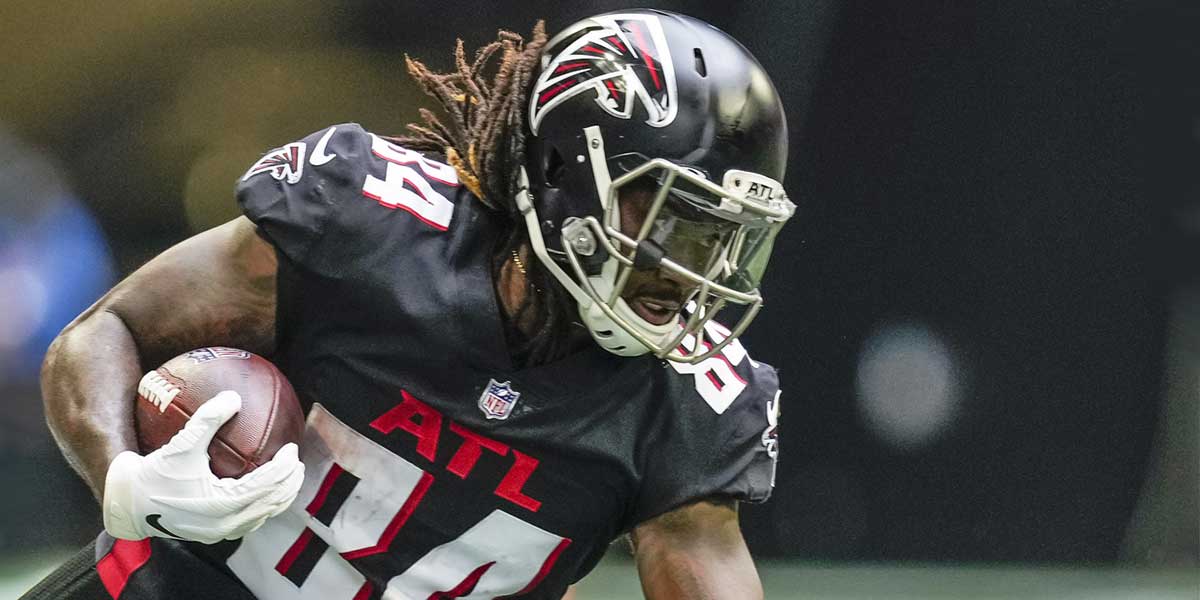 Hopefully, folks had time for family and friends during the holiday weekend. With Kansas City and Arizona having their bye week, we enjoyed a full slate of games on Thursday and Sunday. Unfortunately, many fantasy-relevant players suffered injuries, some of which could mean they'll miss a week or two during the stretch run towards the playoffs. With every relevant injury, I noted a player to pick up if applicable. We'll review the injuries then discuss the Week 12 highlights, wonders, and disappointments through the Sunday night games. 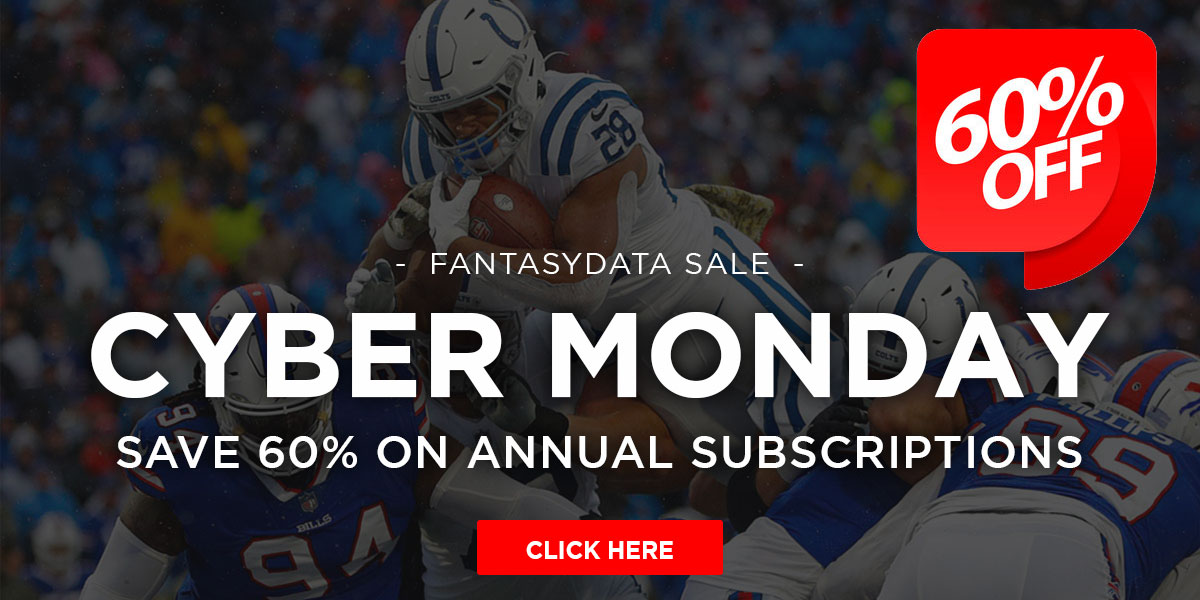 With the Dalvin Cook injury, watch the fourth-round rookie in Kene Nwangwu with intriguing workout metrics.

In a game that went into overtime with a point total of 69, the Raiders and Cowboys each had two receivers with 100-yard games. Three of which seemed more likely than the fourth in DeSean Jackson, who caught three of four targets for 102 yards and a score. With Darren Waller injured during the game, Hunter Renfrow performed efficiently with eight receptions on nine targets (23.1%) to lead the team with 134 receiving yards. On Thanksgiving, Renfrow finished with a career-high in receiving yards with a former career-best of 107 in Week 15 of 2019. Renfrow outproduced his receiving total over the past three games of 125 receiving yards.

Given the career-high in targets, Wilson also set a career-best in receptions (7) and receiving yards (104). pic.twitter.com/2C3ZgUo1ui

For the Cowboys, Gallup assumed the team's WR1 role with no Amari Cooper and CeeDee Lamb. Gallup hadn't tallied 100 receiving yards since Week 16 in 2020. On the other hand, waiver wire pickup Cedrick Wilson garnered a team-high ten targets (21.3%) - three more than his career-high in 2021. Given the career-high in targets, Wilson also set a career-best in receptions and receiving yards. Tony Pollard also flashed that game-breaking ability with a 100-yard kickoff return in the third quarter. Pollard also almost scored another touchdown but ruled down near the goal-line, then Ezekiel Elliott punched it in.

Tony Pollard reached a top speed of 20.97 mph on this 100-yard kickoff return TD, the fastest play of Pollard's career as a ball-carrier.#StatThat | Powered by @awscloud pic.twitter.com/roSzaulRdG

Before Week 12, Cordarrelle Patterson averaged 17.6 (No. 10) fantasy points per game, coming off a season-low 4.9 (No. 48) fantasy points in Week 10 against Dallas. Patterson suffered an injury that caused him to miss Week 11, but the Falcons and fantasy managers welcomed him back, with 16 carries for 108 rushing yards and two touchdowns. He also caught two of three targets for 27 receiving yards. Patterson accounted for 40.7% of the team's total yards and remained the focal point of the Falcons offense.

Future Hall of Famer Cordarrelle Patterson with the TD

The Bengals came out hot with a 31-3 lead in the first half. That said, Joe Burrow passed efficiently with 24 pass attempts, 190 passing yards, 7.9 YPA, and one touchdown and one interception. Meanwhile, Joe Mixon dominated with 165 rushing yards on 28 carries for two rushing touchdowns. Mixon hauled in all four receptions for -2 receiving yards, but the Bengals didn't need him the passing game. Heading into Week 12, Mixon garnered 148.8 (No. 10) Weighted Opportunities with 4.7 (No. 37) yards per touch and +7.6 (No. 10) Production Premium. Although Mixon has struggled with efficiency, he creates yards on his own with a 30.2% (No. 23) Juke Rate and 2.57 (No. 37) yards created per touch with a poor 36.9 (No. 32) Run-Blocking Efficiency.

Jarvis Landry surpassed the 100-yard mark for the first time in 2021. It's the first time Landry hit the century mark since Week 12 of the 2020 season. Nice to see Landry make some explosive plays on Sunday night. pic.twitter.com/UFR5eWI1sB

Titans Run Game Against the Patriots

Dontrell Hilliard and D'Onta Foreman rushed for over 100 yards in a losing effort to the Patriots. Hilliard broke a long 68-yard touchdown and finished with 12 carries for 131. Foreman led the team with 19 carries for 109 rushing yards. With the negative game script, one would expect the Titans to pass a bunch. However, Ryan Tannehill finished the 36-13 loss with only 21 pass attempts. Hilliard and Foreman each reeled in one catch for five total yards combined.

With Jeremy McNichols out and Adrian Peterson cut, the Titans used their backs as they would have with Derrick Henry healthy. Heading into Week 12, the Patriots allowed the 8th-fewest fantasy points to the position. Hang onto Hilliard and Foreman in case the usage splits between two backs since Week 12 gave us a glimpse into the upside for them.

In the highest-scoring game of the early slate totaling 69 points, Leonard Fournette led the Buccaneers to a 38-31 win. Fournette rushed for 100 yards on 17 carries with three rushing touchdowns. He finished second with eight targets (23.5%) with seven receptions, 31 receiving yards, and one touchdown. Although Fournette doesn't look that explosive with 5.1 (No. 24) yards per touch and a 21.7% (No. 40) Juke Rate, he earns the volume with 158.0 (No. 6) Weighted Opportunities heading into Week 12. The veteran in Fournette should help fantasy managers down the stretch.

Against the Dolphins, the Panthers' offense sputtered with 198 total yards and just over 22 minutes of possession. Cam Newton scored the first touchdown for the Panthers with a rushing score, but he looked brutal in the passing game. Newton finished with 92 passing yards on 21 attempts for 4.4 yards per attempt and two picks. With the negative game script and lack of offensive rhythm, Newton only rushed for five yards. The only Panthers player to do anything fruitful included D.J. Moore, as he hauled in four of ten targets for 103 receiving yards, with 64 of those yards coming on one play. Don't panic with Newton, but that's the rollercoaster ride we observed last season too.

Like Cam Newton, Jalen Hurts looked brutal in the passing game. Hurts saved his fantasy day with 77 rushing yards to lead the team. However, 129 passing yards on 31 attempts for 4.2 YPA and three picks negated the rushing production. With ten out of 11 QB1 performances, not including Week 12, fantasy managers shouldn't worry about Hurts for the rest of the season. Look for Hurts to bounce back in Week 13 against the Jets, then finish the season strong after their Week 14 bye week.

The Streak Ended With Evan Engram

Over the past several weeks, the Eagles kept giving up fantasy production to the tight end position. In the past five games, the Eagles allowed 7.6 targets, 6.6 receptions, and 78.2 receiving yards per game. That's the reason we liked Evan Engram as a Week 12 sleeper, but that ended in Week 12 with three receptions on six targets for 37 receiving yards. Technically, a Giants tight end scored in Chris Myarick, who hauled in a touchdown on two catches for 11 receiving yards.