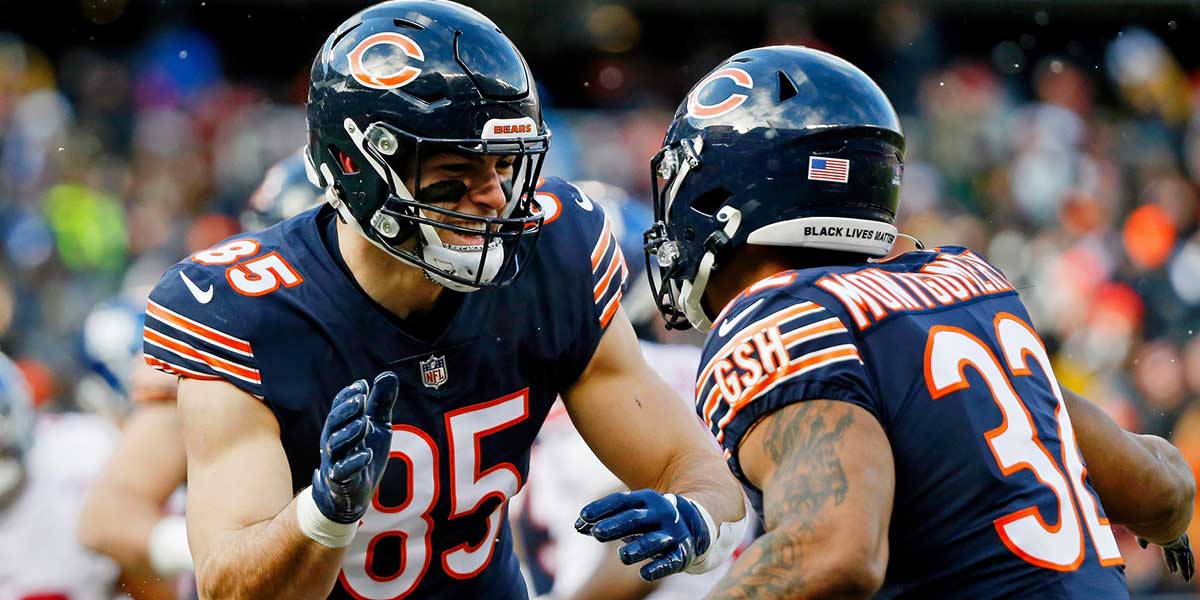 5 Underrated Players Based on ADP

Every year as more and more fantasy managers play fantasy football across a multitude of platforms, we gain access to accumulating draft data. Specifically, “Average Draft Positions” (ADP) materialize across the different formats giving us a somewhat moving target of where players are being drafted on average. This can be very useful data in preparation for upcoming drafts as you can formulate strategies to acquire value. ADP is a fluctuating snapshot of large sample sizes, and there will always be value available for some players at those ADPs. This is another example of the importance of knowing your league mates. Most platforms now have ADP built into the draft board, and knowing whether your league mates are drafting based on that can be used to your advantage.

It will not always work out. For example, if you see David Montgomery with an ADP of RB20 (which is a value…foreshadowing), he may not fall to that in your draft. Like any fantasy football analysis, this is another method to try and increase your probability of gaining something positive, in this case, a draft pick at value. In other words, a draft pick who has a good chance to outperform their ADP. This should not be confused with the concept of “league winners” that frequently gets tossed around. While trying to unearth value at ADP during a draft can lead to a league winner-type player, that is not the intent of this article.

In this article, I highlight five players who are of good value if you can acquire them where they are currently being drafted on average. ADP data is courtesy of MyFantasyLeague.com. I looked at this from a season-long redraft format with the following settings:

David Montgomery enters his fourth NFL season the same way he entered his third. As an unsexy, underrated RB who will likely outperform his redraft ADP. Since his rookie season in 2019, Montgomery has finished as the RB8 and RB14 in points per game (PPR) the last two seasons. Montgomery’s current ADP sits at 47th overall, and the 20th RB selected. I believe Montgomery will outperform this ADP and is a good value if you can land him at that draft price.

A big question mark for the Bears offense in 2021 is second-year QB Justin Fields. The offense, in general, is relatively lacking in offensive weapons. Adding that to Fields’ dismal rookie season, many view the Bears as the proverbial “dumpster fire” in 2022. To be clear, I will not be picking the Bears to win the NFC North division I’ll likely have them in the cellar. But, as everyone should know by now, that does not automatically mean there aren’t multiple fantasy-relevant values on the team.

We do not have much of a track record with Fields and Montgomery playing together last year. Fields earned his first start in Week 4, which is the game Montgomery suffered a knee sprain, missing the next four games. In that Week 4 game together, Monty rushed for over 100 yards but had zero targets. In the other two games the two played together (Weeks 13 and 14), Monty had 11 catches on 13 targets, which was sandwiched between two games (Week 12 and Week 15) wherein Monty saw nine targets in each. Season-long, Monty averaged 4.0 targets per game, ranking 14th among RBs. Once he returned from injury, that number jumped to 4.7 targets per game from Week 9 on, and during the four-game stretch between Week 12 and Week 15, he averaged 7.8 targets per game.

I realize I am cherry-picking sample sizes here, but the point is not that Monty is a top 5 dual-threat RB. Rather, it is to show that he has pass-catching in his skill set, and has shown he can be a productive, but not necessarily efficient, 3-down back. And he has no real competition for pass-catching out of the backfield. Khalil Herbert is a decent handcuff and played well in Montgomery’s absence last season. But Montgomery resumed his above-average workload once he returned in Week 9. Tarik Cohen is long gone, and the only other RB with pass-catching in their skill set is 6th round rookie out of Baylor, Trestan Ebner. Montgomery’s advanced statistics do not jump off of the page, except in one crucial area: Opportunity Share (% of team rush attempts plus RB targets):

To put this in perspective, the following shows RBs who have attained a 75%+ opportunity share dating back to 2012 (47 total instances), and where they finished in fantasy points per game:

Without injuries to RBs ahead of him in the NFL pecking order, I do not project Montgomery to finish as a Top 10 RB. I also do not see anything that will reduce Montgomery’s opportunity share in a significant way, and he was still able to maintain that 75%+ rate in the train wreck that was the Bears' offense last season. I do project a strong likelihood he finishes as a Top 15 RB, and I’m taking him ahead of a few of the RBs in front of his ADP (James Conner, Cam Akers).

Yes, I am starting with two Chicago Bears. But it’s not that surprising. ADP values can often be found in players on teams either coming off of a poor offensive season and/or who are projected to struggle offensively in the upcoming season (both in this case). My thoughts on Kmet (and Montgomery) are predicated on me thinking Justin Fields does take the next step this season. Kmet is currently being drafted as the TE13, behind Mike Gesicki (TE12), Pat Freiermuth (TE11), and Dawson Knox (TE10). I would take him ahead of Gesicki and Freiermuth and might have him ahead of Knox when it’s all said and done.

Kmet had a quiet rookie season in 2020 and did not bust out fantasy-wise in 2021 either, finishing as the TE25 in fantasy points per game. But there were signs of a potential break-out and his situation has only improved entering his third season. For starters, Kmet earned a total of 93 targets, which is an impressive number for a second-year TE. As you can see, since 2000, only 12.5% of TEs in their first or second season have notched 90+ targets, which is an impressive list.

Kmet was 6th in snap share (83.7%), 12th in air yards per game (43.4) and is now a top-2 passing option in the Bears’ offense (alongside Darnell Mooney), so these numbers, along with his target share, should increase in 2022. Kmet didn’t make more fantasy noise last year because of TDs, or in his case, zero TDs. And while veteran red zone TE Jimmy Graham is no longer providing any competition, that did not have much of an impact last season. Kmet’s zero TDs should be viewed as an outlier. His five endzone targets matched George Kittle and were one more than Travis Kelce received. We can’t compare a 0% TD% to anything, but we can look at average TD% to see what an average season would have looked like for Kmet last year without the anomalous goose egg. Over the last 10 seasons, the average TD% for top 24 TEs is 6.1%. If you apply that to Kmet’s 93 targets last year, you get 5.7 TDs. With just the 10-year average TD%, Kmet would have finished as the TE17, eight spots higher. This is a hypothetical exercise but applying a 10-year sample size average TD rate certainly falls within the realm of Kmet’s range of outcomes.

An uptick in TDs and a clear path to 100+ targets, combined with what I project to be a big step forward for Justin Fields, is why I have Kmet closer to TE10, making his TE13 ADP a good value.