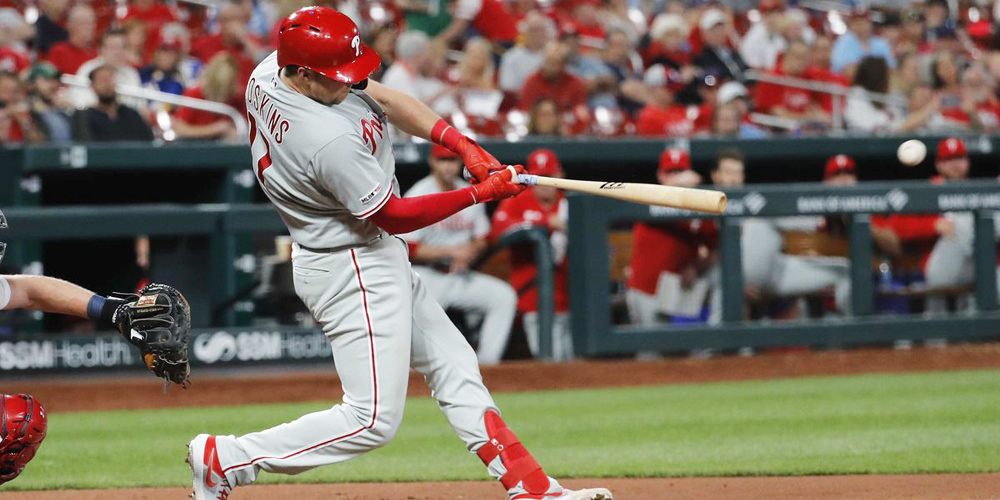 Heading into drafts, just about everyone is the slave to some form of rankings. These rankings can be derived from major sites like Yahoo! and ESPN, or self-generated based on extensive research. These rankings eventually lead to the draft strategy, which leads to a player's ADP, or average draft position.

Each site will have different ADPs based on their rankings, formats, and scoring, but one theme that stays consistent throughout? Don't live and die by a site's ADP. It is used as a guide as to the general spot in a draft where a player is being taken, but it's best used as a tool to gain leverage on the field (your league mates). Finding players that could (and should) outperform their ADPs, as well as players that are ranked a bit too generously, is a strategy that can be the guide to winning your draft.

Using Fantasy Data's ADP tool, I want to highlight a trio of players that are currently being drafted too late for their potential output, and another trio that people may be jumping the gun on and drafting too early.

As a reminder, just because I write up three players as "fades", this does not mean that I would avoid drafting them altogether. If they fall a round or two past their current ADP, I would be far more comfortable taking them. With that said, they are three players that I would not feel confident drafting at their current ADPs, especially given the talent that sits around the same ADP. 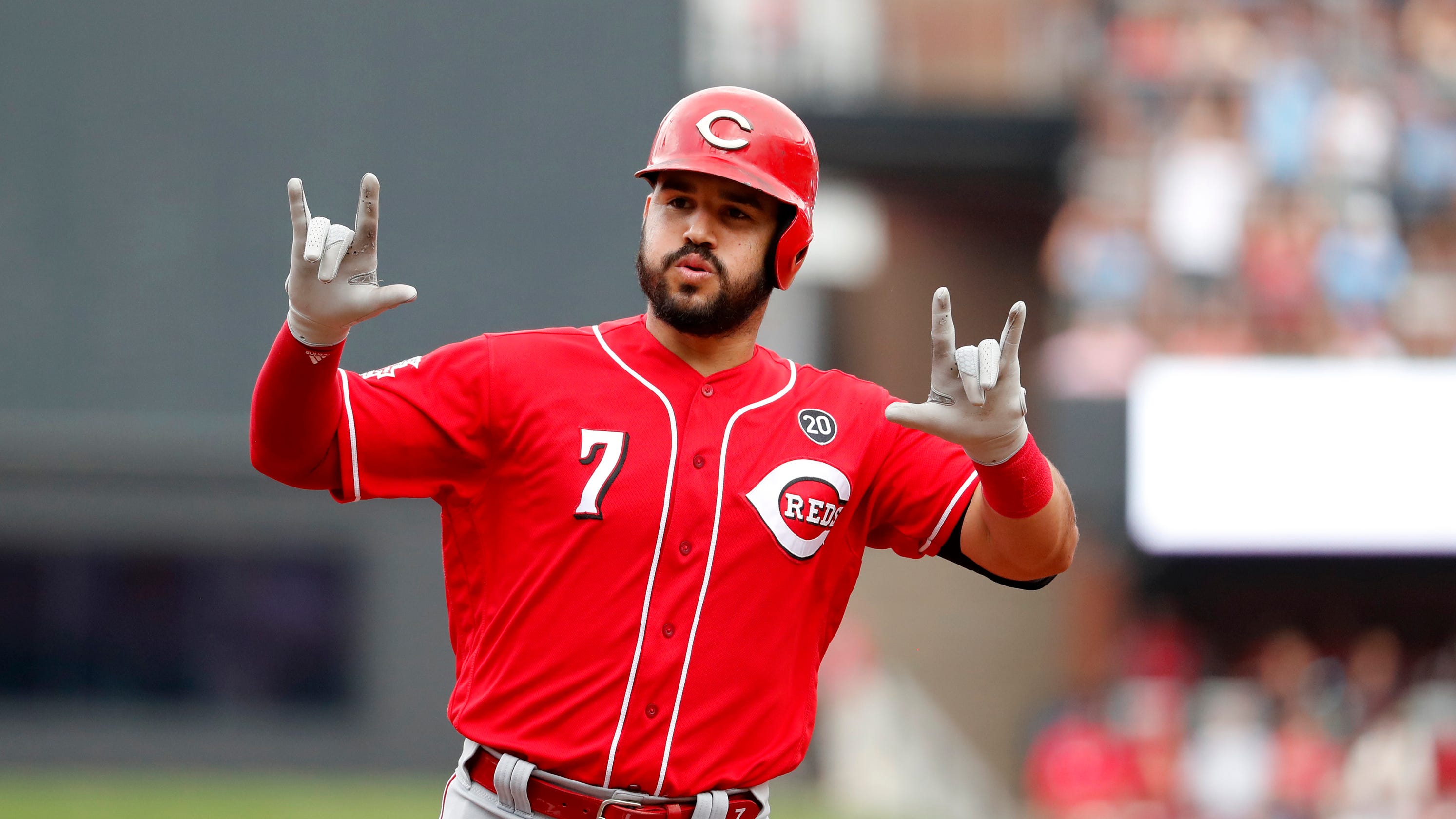 Suarez (right) seems to be a player that is consistently overlooked in season-long drafts because of how bad the Reds are, but given the off-season improvements that the team has made, paired with Suarez's individual metrics over the last two seasons, he makes for a massive bargain on draft day. Suarez is fresh off of a career-year in 2019, where he set career-highs in home runs (49), runs (87), ISO (0.301), wOBA (0.381), and SLG (0.572). On top of that, he posted a wRC+ of at least 130 for the second consecutive season.

To put his season into perspective, he ranked 2nd in HRs, 7th in ISO, 12th in SLG and 18th in wOBA among all batters in baseball. Considering that the Reds added another weapon in the batting order in Nick Castellanos, he should have some insurance around him to support a repeat campaign in 2020. There's no reason that Suarez should slip past the 5th/6th round, making it surprising to see his ADP at 71.

I touched on Hoskins in my last article about First Base Sleepers, but this is going to be yet another reminder that his ADP does not align with his potential output. He experienced the infamous sophomore slump last season and frankly, it seems like the Phillies team, in general, did too. Hoskins saw a 20-point dip in batting average (0.226), a drop in home runs, RBIs, runs and also saw his strikeout rate spike. While all of these are reasons why his ADP is so low, there's still too much potential for it not to stand out.

Hoskins has still clubbed 63 home runs over the last two seasons and has posted an ISO over 0.225 in both of his first two seasons. With the entire Phillies offense in line for a nice bounce-back, Hoskins is being drafted far too late for his potential output.

McCullers seems to be a man forgotten after an injury-riddled last 18 months, but it's ignorant to forget how dominant he is at his peak. He missed the entire 2019 season but enters training camp for the Astros currently slated as the 3rd starter in his return season.

In his last full season (2018), McCullers posted 9.96 strikeouts per 9 innings (26.9% K rate), under 1 home run per 9 innings (0.84) and only allowed an opposing batting average of 0.213, a career-best. He has ace-like potential, as he's posted a strikeout rate of at least 25% in 3 straight seasons and the fact that he's held his SIERA below 4.00 speaks volumes to his damage-control ability. Given his upside, his draft-day price is a massive steal. 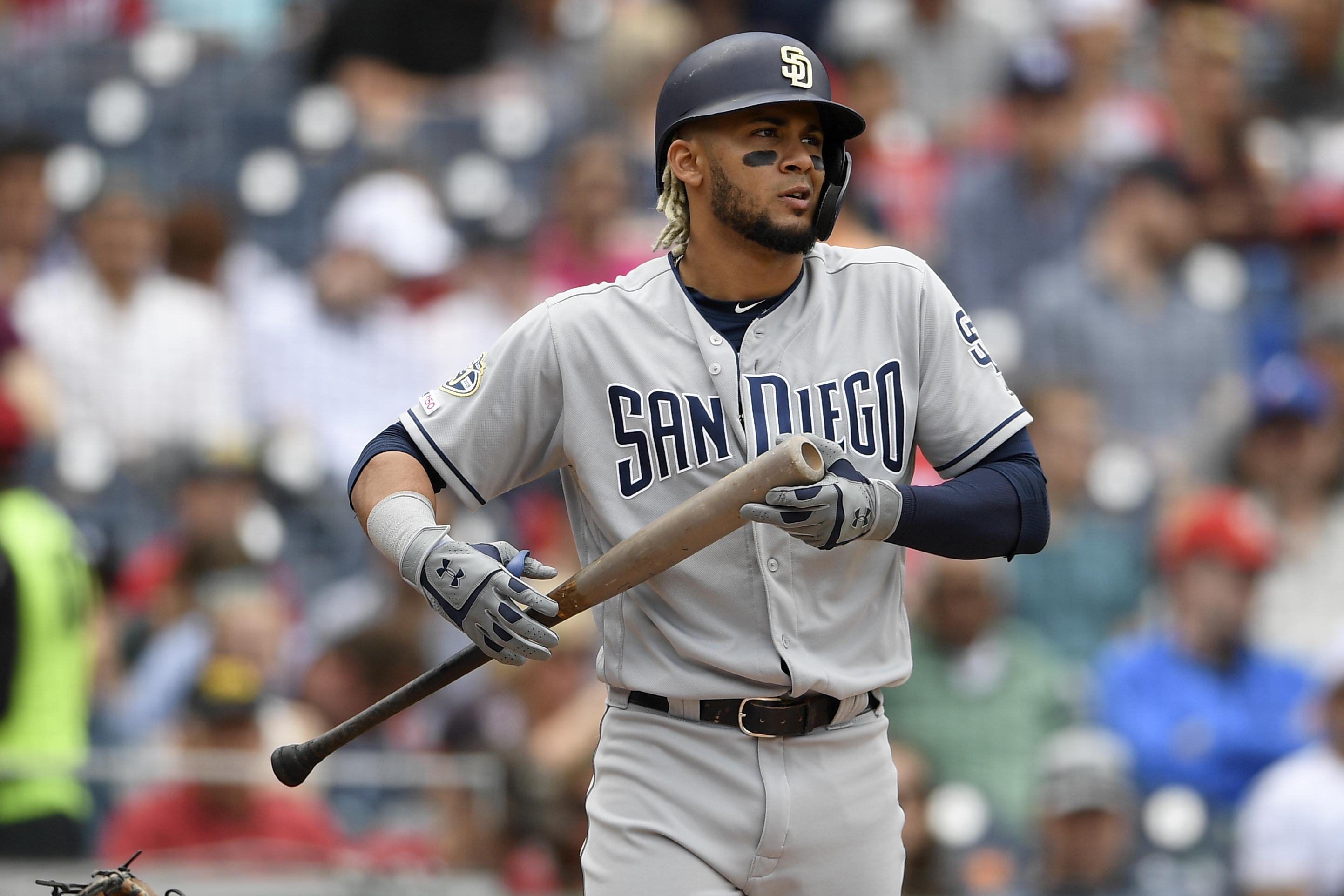 By no means am I discounting what Tatis (right) did as a rookie, but it's important to hold off on getting too excited for his sophomore season. He posted a 0.398 wOBA in his rookie season while clubbing 22 home runs and 53 RBIs in only 84 games, which could be record-breaking paces if kept up over a full season.

The issue, however, comes with some of his advanced metrics. His 29.6% strikeout rate is extremely high. Granted, all rookies are prone to strike out a lot while they adjust to major league pitching, but a near-30% clip is hard to swallow. On top of that, his 0.410 BABIP shows that he was one of the luckiest hitters in baseball, as it is nearly 100 points higher than the likes of Mike Trout and Christian Yelich. If that regresses back to the norm (around 0.310-0.320), we could see his surface stats do the same.

He remains a strong fantasy asset but drafting him early in the 2nd round of redraft leagues stands out as an early reach in 2020.

While I am a Brewers fan through and through, taking Hiura at the end of the 4th round or beginning of the 5th round feels too aggressive, even at a thin position. His numbers in his sample size (84 games) almost mirror Tatis', as he clocked 19 home runs and 49 RBIs on the back of a 0.388 wOBA and 0.268 ISO.

With that said, his strikeout rate (30.7%) and his BABIP (0.402) indicate a heap of sophomore regression heading his way. On top of that, while he crushed right-handed pitching, he struggled against lefties. In those splits, he posted a 0.240 batting average with a 32.5% strikeout rate and 0.289 wOBA, almost 100 points less than his overall wOBA. Until he can show more consistency across splits and prove that he can maintain this production, he stands out as another reach.

Sticking with the theme of sophomores in 2020, the ADP on Paddack stands out as a head-scratcher. He started the season off hot, posting a 2.84 ERA with a 0.255 wOBA allowed and only 12 home runs in 82.1 innings of action. Well on his way to a potential rookie-of-the-year campaign, he sputtered in the second half.

In the latter half of the season, he posted a 4.10 ERA, a 0.284 wOBA allowed and 11 home runs in only 58.1 innings pitched. That is not to say his second half was bad, but it shows that he could see some more regression. Add in the fact that he allowed a 37.3% hard-contact rate in the second half of the season and I have a hard time recommending him at his current ADP. I would rather take others in this range, such as Aaron Nola (61), Yu Darvish (65), and even Tyler Glasnow (85).