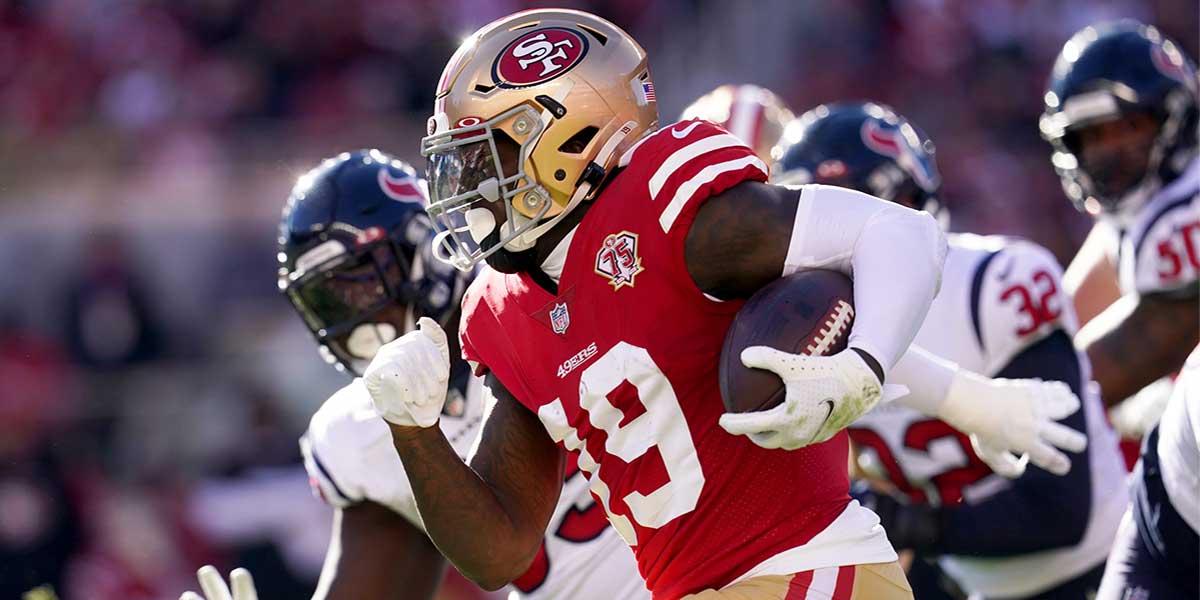 5 Fantasy Players Unlikely to Repeat Their Success In 2022

After grinding for 20-plus weeks for fantasy football the previous season, the ADP market changes via various team and player contexts in the following season. Fantasy football is a weekly game, and sometimes the past season data quickly becomes irrelevant. For most fantasy players, including myself, it's early to think about drafting unless you're heavy into best ball season.

This article serves as an early look at five players unlikely to repeat their success from last season. Success is relative, involving something along the lines of how a player finished in their position or threshold of opportunity and productivity. Let's look at these five players who seem unlikely to repeat their success in 2022 based on outlier seasons and potential regression.

Fading the quarterback of the reigning Super Bowl champs can't be good, right? In 2021, Matthew Stafford posted near career-bests in passing yards, touchdowns, and touchdown rate. Stafford's 6.8% touchdown rate ranked second behind Aaron Rodgers but over two percentage points higher than his career TD% of 4.7%.

Sure, Stafford versus Jared Goff impacts the game plan and offensive environment. The Rams had a 7.1 Y/A and 6.7 Adjusted Y/A in 2020, which jumped to 8.1 Y/A and 8.2 AdjustedY/A. That's not surprising since Stafford typically boasted high-end Adjusted Y/A throughout his career, meaning he has shown the ability to be an efficient passer. Often, we'll find the most efficient passing quarterbacks aligning with the higher scoring fantasy quarterbacks. Russell Wilson and Jameis Winston finished outside the top-12 in fantasy points per game in 2021, though Winston is an outlier. The two 49ers' quarterbacks make life interesting for how to project 2022 with an edge to Trey Lance for fantasy. 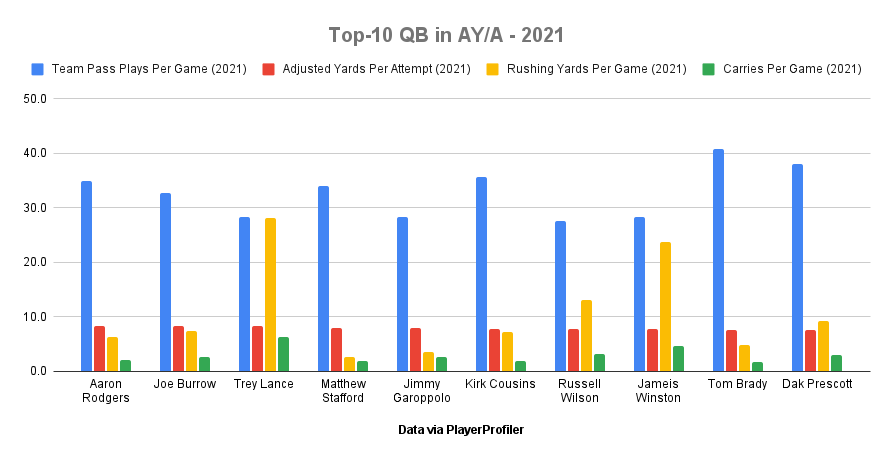 In 2021, Stafford finished with the fifth-most FPOE total and sixth-most FPOE/G. With Cooper Kupp coming off a historic season, Cam Akers healthy, and the addition of Allen Robinson, it's hard to imagine Stafford repeating that success from last season. Stafford will regress, but the question remains how much.

Although Stafford's QB11 in fantasy points per game finish in 2021 doesn't seem outrageous, expect the touchdown rate to drop with some regression in passing yards and attempts. Often, the Super Bowl champs will have tough competition via the schedule, which Scott Rinear notes that the Rams project to have the toughest SOS on paper. In the past, I've fallen into this trap of expecting negative regression with elite talents, which is sometimes a losing process. However, I'm cautious with uber passing efficiency without the rushing potential from a quarterback.

James Conner shared the workload with Chase Edmonds and relied on touchdowns with an average of 49 rushing yards and five total touchdowns in the first half of 2021. Meanwhile, Conner lacked the receiving opportunity with five targets total through the first eight games. Around Week 9, Edmonds and Kyler Murray suffered ankle injuries, which coincided with an increased workload, especially in the receiving game.

After averaging under one target and one reception per game, Conner averaged over 4.5 targets and receptions per game from Week 9-18. As expected, the receiving yardage increased, and the receiving EP jumped too. In 2021, Conner had the sixth-highest Best Ball Points Added due to the Win Rates nearly double the Average Win Rate (8.3%) from Week 9 to 18.

On a positive note, Conner's advanced stats aligned with the quality production. In 2021, Conner ranked 32nd with 2.4 YAC, seventh with an 11.9% broken tackle rate, and 11th with a 17% evasion rate. While there's an ADP difference between these three, Conner finished with the third most FPOE behind Jonathan Taylor and Austin Ekeler amongst running backs.

While we might wonder, Edmonds isn't on the team anymore, what competition does Conner have? Darrel Williams joined the squad, and he's a reliable veteran presence, even if it's more from a real-life perspective. Also, a deep sleeper in Eno Benjamin still looms with an 82% and 96% RB Dominator in his final two seasons at Arizona State. Conner likely holds onto the full-time role to begin the 2022 season, but we can't expect an RB1 performance again, with an Underdog ADP as RB15 and pick 33 feeling rich.

With the third-highest touchdown rate (6.8%) in 2021, Damien Harris trailed James Conner and Austin Ekeler. Harris relied on the rushing production with the 10th-most rushing yards, and the Patriots ranked 12th with 27.1 Team Run Plays Per Game. Harris posted decent advanced metrics, evidenced by the 2.2 YBC (No. 14), 2.4 YAC (No. 34), 8.9% broken tackle rate (No. 23), and 13% evasion rate (No. 32) amongst backs with 100 rushing attempts. Unfortunately, Harris lacked the receiving opportunity with 20 targets (No. 63) that led to 1.2 receptions per game and 8.8 receiving yards per game.

Damien Harris had the 3rd-highest TD% behind James Conner and Austin Ekeler. TDs accounted for 43% of his fantasy points scored. If we regress the 2021 TD% to 2020+2021, Harris would average 10 PPR/G in 2021 near RB40. Minimal receiving opportunity too 😬

With that, Harris finished with 14 PPR/G (No. 18), though the touchdown rate boosted the fantasy production accounting for 43% of his fantasy scoring in 2021. Harris had a 4.6% TD% in 2020 and 2021. If we use the 2020 and 2021 TD%, he averages ten PPR/G, dropping him near RB40. With Rhamondre Stevenson likely eating into the workload, fade Harris repeating their 2021 success and target Stevenson or another back instead. Yardage and opportunity are more predictable than touchdowns.

Deebo Samuel tied for first in total FPOE/G at 5.9 with Cooper Kupp. Samuel led receivers in rushing FPOE/G at 2.0 and seventh in receiving FPOE/G with 3.8, tied with DeAndre Hopkins. With Samuel's uber-productive and efficient season in 2021, can he repeat his success in 2022? It's unlikely for that level of success and efficiency, but he's still a talented receiver. 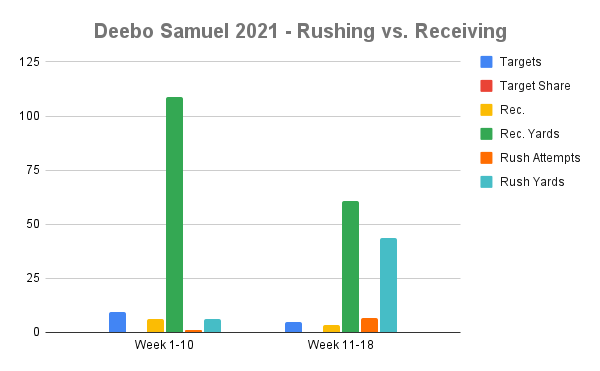 Question marks surround Jimmy Garoppolo's status and Trey Lance's passing ability. We also know rushing quarterbacks can negatively impact their surrounding pass-catchers, which means Lance at QB might not be as fruitful for the pass-catchers. Hopefully, the opportunities shift to the passing game for Samuel in 2022, though we'll want to understand the floor without the rushing production in 2021.

Remember Robert Tonyan? No? Me neither. All kidding aside, Dawson Knox posted uber-efficient numbers in 2021 that could go a couple of different avenues. One includes another touchdown-heavy season, finishing as a TE1 with a mediocre 13.2% target share (No. 22) that could grow. A second path involves touchdown or efficiency regression in 2022 via Knox's 18.4% TD% (No. 1) and +7.0 Production Premium (No. 7). 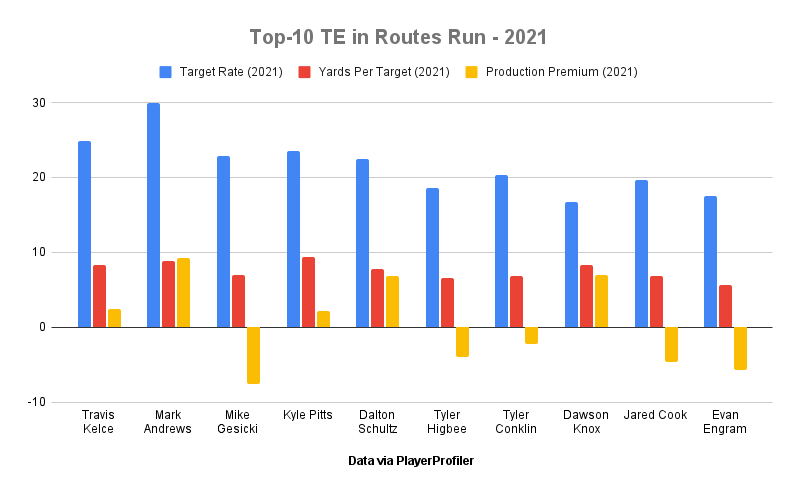 Theoretically, the passing volume is available on a Bills team that averaged 36 Team Pass Plays Per Game (No. 5). Knox lacked the target share, plus his 16.7% target rate (No. 28) or targets per route run wasn't much better. Two areas to monitor with tight ends include targets and routes, which Knox posted a healthy 425 (No. 8) among the position.

Unsurprisingly, Knox ranked highly in the efficiency metrics, evidenced by the 8.3 yards per target (No. 8) and 2.31 fantasy points per target (No. 1), though a mediocre 1.38 yards per route run (No. 22). Knox will need to rely on efficiency again to repeat the TE9 success from 2021 unless the opportunity metrics increase. Like Gabriel Davis, Knox's 102 ADP on Underdog as TE9 assumes another leap forward for Knox in 2022. It's possible with an explosive athlete like Knox paired with Josh Allen, but temper expectations in 2022. 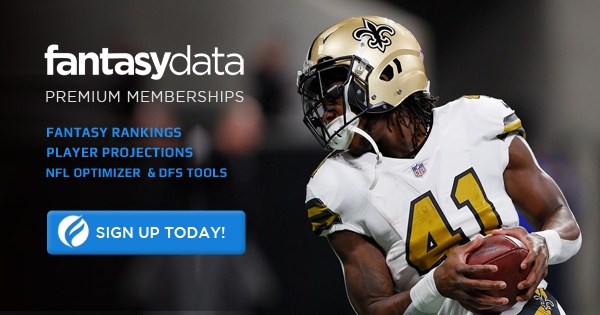