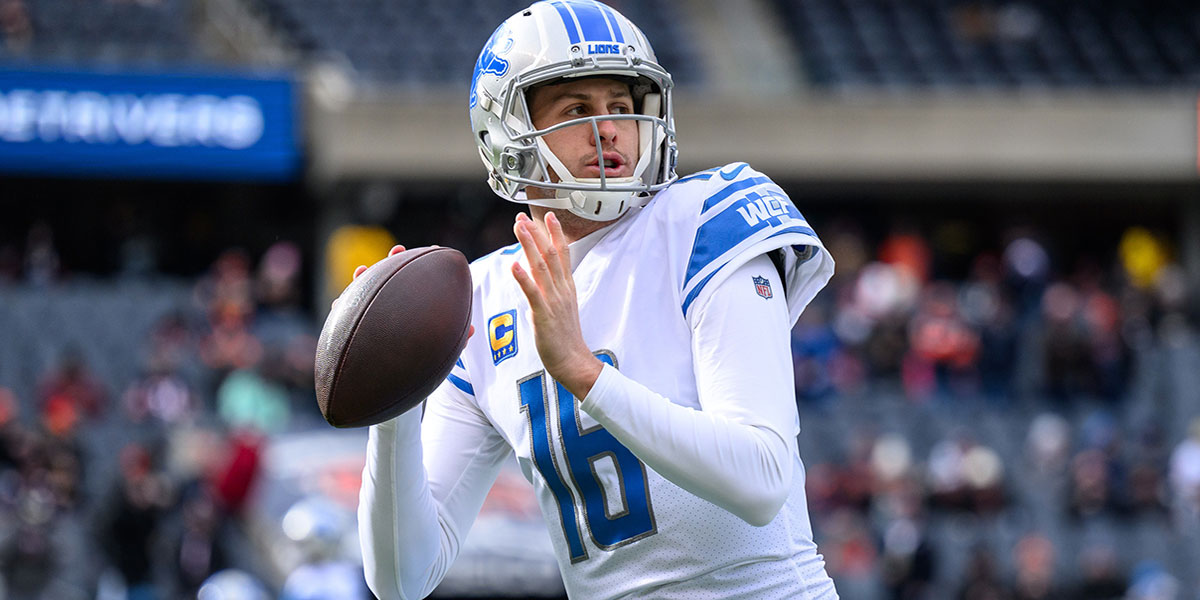 After starting the season 1-6, the Lions have ended the season on fire and since then are 7-2.  This Lions team has played great down the stretch and it starts with the quarterback, Jared Goff.  Headed into week 18, Goff is sixth in the league in passing yards, with 4,214.  He has also tossed 29 touchdowns compared to only 7 interceptions.  The Lions backfield tandem has been electric this season.  D’Andre Swift and Jamaal Williams are the definitions of a thunder-and-lightning backfield.  Swift excels with the ball in space and is so explosive in the passing game, while Williams has been an elite goal-line, and short-yardage running back.   Williams currently leads the NFL in touchdowns with 15 rushing scores.  The Lions have a solid receiving core but Amon-Ra St. Brown is the leader.  St. Brown has 100 receptions and has turned that into 1,112 yards and 6 receiving touchdowns.  St. Brown is a great route runner who finds space in the defense and has been Goff’s go-to target all season.  Rookie receiver Jameson Williams is still adjusting to the NFL game after coming back from an ACL injury that kept him out until week 13.  Williams has game-breaking speed but has only had a few opportunities to showcase his playmaking ability.  Rookie tight end Brock Wright has been much more involved since T.J. Hockenson got traded to the Vikings.

The Packers haven’t quite seemed to be themselves all season and now find themselves in a win-and-in situation in the last week of the season.  The Packers offense runs through one man, quarterback Aaron Rodgers.  Rodgers has been solid this season but pales in comparison to his back-to-back MVP seasons.  Rodgers has 3,490 pass yards, 25 touchdowns, and 11 interceptions.  This is Rodgers first season with double-digit interceptions since 2010.  In the week 9 meeting with Detroit, Rodgers threw for 291 yards but also had just 1 touchdown compared to 3 interceptions.  The Packers are another team that has two good complementary running backs, Aaron Jones and AJ Dillon.  Jones is more the every-down back and offers a higher upside in the passing game while Dillon is a between-the-tackles runner who thrives in picking up those short-yardage opportunities.  Jones has over 1,000 yards on the ground this season but only has 2 rushing touchdowns (Jones has 5 receiving touchdowns), while Dillon has 737 yards but 7 rushing touchdowns.  Rookie receiver Christian Watson is the team’s best-receiving playmaker.  After a slow start to the season, Watson burst onto the scene, recording 7 receiving touchdowns, and 1 rushing, between weeks 10-13.  Allen Lazard will line up as the other primary receiver and he is a good compliment to Watson as Lazard is a bigger body possession style pass catcher.  Lazard offers to be a good red zone threat for Rodgers and the Packers offense.

Lions: Stop the run.  In the Lions week 9 win against the Packers, the defense held Jones and Dillon to 59 rush yards combined.  Jones and Dillon are the biggest threats to the defense, so containing them will be the key to holding this Packers offense.  Even though Rodgers threw for 291 yards in the first matchup this season, he turned the ball over 3 times and the Packers only scored 1 touchdown in that game.

Packers: Redzone offense.  They lost to the Lions in week 9 because the offense turned the ball over 3 times in the redzone.  Some tip-ball interceptions turned out to be the difference in a game that was decided by only 6 points.  Taking care of the ball is vital considering the Lions offense does not turn the ball over often.

Last week of the regular season, have to go big, but not without reason.  In the week 9 matchup, both of the Lions scores on the Packers were from the tight end position.  The Lions lean on the running backs and the tight end position when they are in the redzone and near the goal line.  Shane Zylstra has been used in the redzone but Brock Wright has the highest snap percentage of any tight end on the team.

Lions: DJ Chark Jr. Chark is the second receiving option on this team and has the ability to take the top off the defense.  In the last two games, Chark has 164 yards on 6 catches.  He appears to be the main receiver to whom Goff will throw the deep ball.  In a cagey game like this divisional matchup is about to be, Chark can make a splash with only one catch.

Packers: Allen Lazard.  The Lions have struggled against the pass all season and Lazard has a good shot at leading the Packers in targets in this game.  After Lazard and Watson, the other receiving options are Romeo Doubs, Randall Cobb, and Robert Tonyan.  I just don’t trust these other receiving options coming close to the opportunities that Lazard could see in this game.