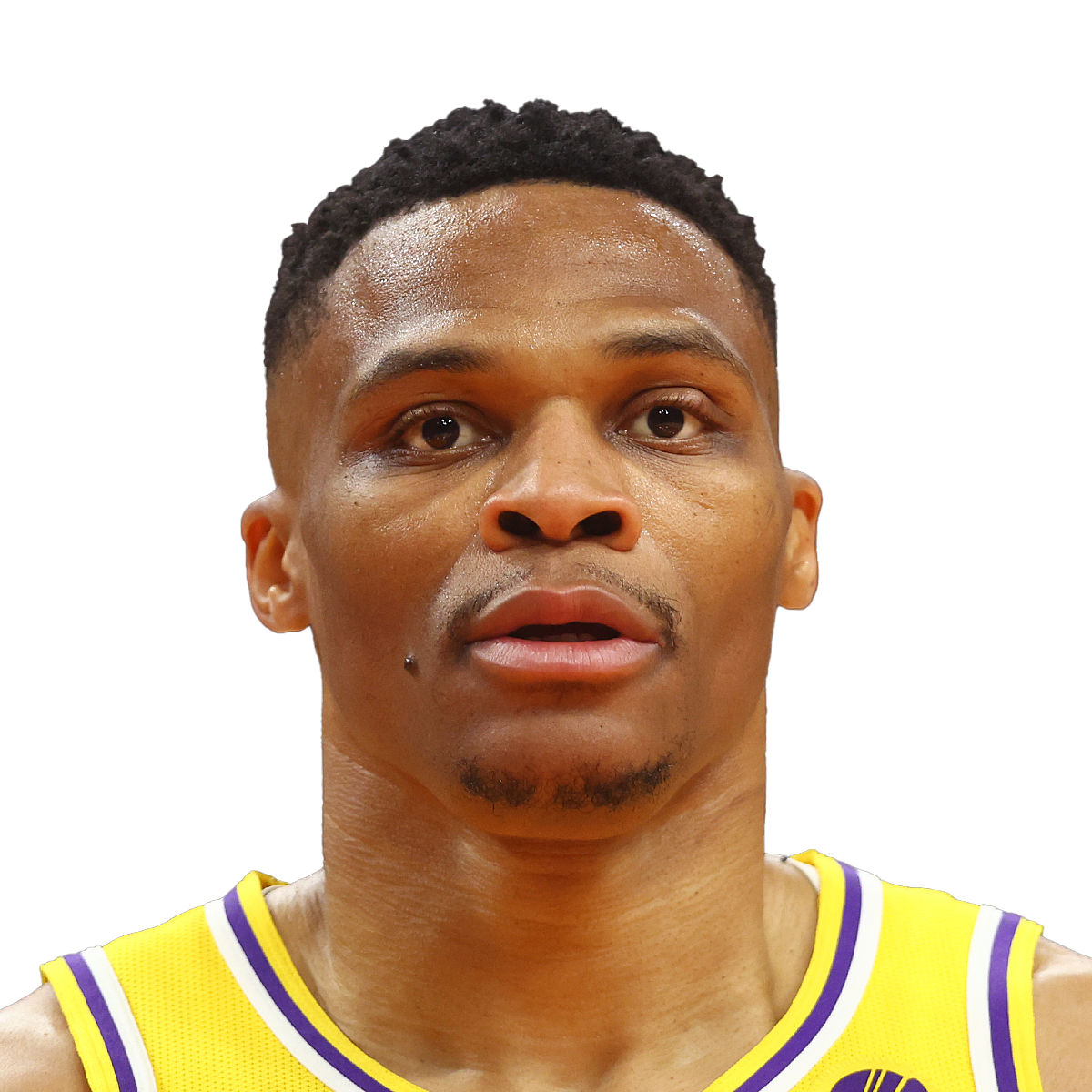 The Los Angeles Lakers and Washington Wizards have officially agreed to a trade that will send guard Russell Westbrook to the Lakers for a package that includes Kyle Kuzma, Montrezl Harrell, Kentavious Caldwell-Pope, and the No. 22 pick in this year's draft. The former NBA MVP will join a Lakers team that also includes LeBron James and Anthony Davis. It's too early to know how this deal would impact the fantasy outlook of the players sent to Washington, especially with the Wizards still potentially looking to deal Bradley Beal away. On the Lakers side, this is an odd fit, as the team needed shooting more than they needed another ball-handler. But Westbrook will take pressure off of James, which will likely hurt James' fantasy value just a little bit. As for Westbrook, he's been able to be a triple-double machine in basically all of his NBA stops so far and should be an intriguing early-round fantasy pick on a Lakers team with depth concerns, even with James and Davis demanding touches.

The Los Angeles Lakers and Washington Wizards are reportedly deep in talks to send Wizards guard Russell Westbrook to the Lakers for a package that would include Kyle Kuzma, Montrezl Harrell, Kentavious Caldwell-Pope, and a first round pick. The deal isn't official yet and things could potentially fall apart still, but it sounds more and more like Westbrook will be plying his trade in Staples Center next season. It's too early to know how this deal would impact the fantasy outlook of the players sent to Washington, especially with the Wizards still potentially looking to deal Bradley Beal away. On the Lakers side, this is a weird fit, but Westbrook would be able to relieve some of LeBron James' on-ball minutes. A triple-double machine, he'd likely be counted on to play heavy minutes on a Lakers team that could have depth concerns next season, making him an intriguing early-round fantasy pick, even with James and Anthony Davis there.

Washington Wizards guard Russell Westbrook could be on the move, with the triple-double king recently linked to the Lakers. As L.A. looks to win another title, the franchise has a massive hole at the point guard position, a void that Westbrook could convincingly fill. With the Wizards looking toward the future, a deal involving Dennis Schroder, Talen Horton-Tucker, and Kyle Kuzma could be in the works, which would ultimately put an end to the former MVP's stint in the nation's capital. The 32-year-old veteran averaged a mind-boggling 22.2 points, 11.7 assists, and 11.5 boards during his inaugural season in Washington. Westbrook would undoubtedly see a reduction on the scoring end if a deal happens, especially playing alongside LeBron James and Anthony Davis. However, he should still be considered a top fantasy option heading into the new campaign based on his ability to impact multiple statistical categories.