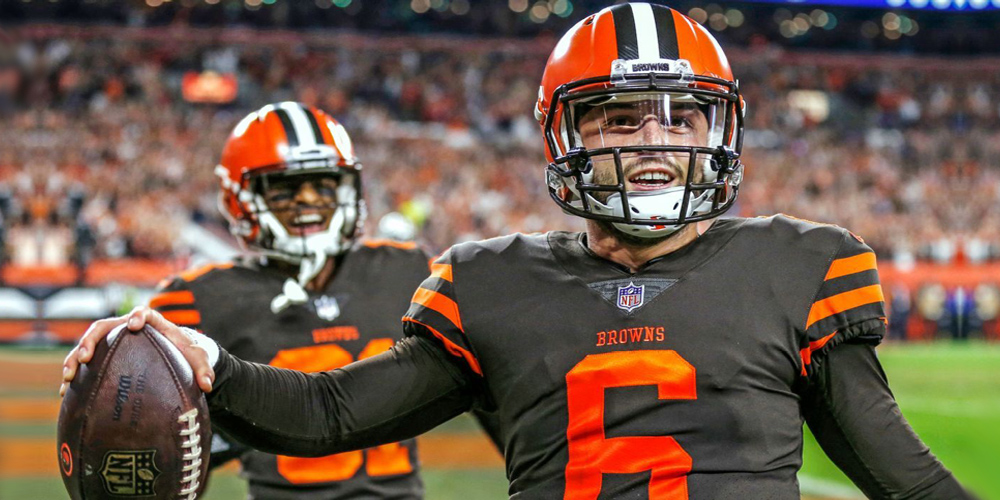 With all due apologies to frustrated defensive coordinator's, in today's high-octane era of football, the highest scoring teams tend to be the most successful. That is especially true in fantasy football where the ability to secure the best touchdown producers is usually a sure-fire way to make the playoffs or even, in some cases, outright win leagues.

Touchdowns themselves can be hard to predict from year-to-year, but the one position that carries the most consistency is at quarterback. A signal-caller that can consistently perform well in the red zone and produce solid touchdown passing numbers annually can be a hugely important asset in fantasy lineups, even for multiple years in a row.

The red zone is where the vast majority of touchdowns are produced, so knowing which quarterbacks were the most effective in that area of the field is an excellent tool to have the arsenal of the well-prepared fantasy footballer. Using the red zone passing numbers available from the Fantasy Data advanced efficiency metrics, here were the 20 most effective red-zone passers from 2018.

Kirk Cousins (Minnesota Vikings) - No surprise to see perennially-underrated Minnesota QB Kirk Cousins perform well in the red-zone. Cousins consistently posts QB1 numbers and has one of the league's top wide receiver duos to throw to. Cousins ranked fourth among all NFL quarterbacks with a 66.7% completion rate and threw 20 scores against zero interceptions. With a healthy Dalvin Cook in the backfield, the Vikings want to try to establish the run more in 2019, but Cousins should still contend for top-10 quarterback numbers, making him a terrific fantasy football sleeper.

Matthew Stafford (Detroit Lions) - Stafford had the same amount of red-zone pass attempts as Cousins (72) but was far less effective. Of course, not all of that was on Stafford, as no team had more drops than the Lions. Still, Stafford's 48.6% RZ completion rate ranked 19th, and he threw the third-most interceptions (3) inside the opponent's 20-yard line. Like their NFC North counterparts in Minnesota, the Vikings have a defensive-minded coach and want to become more run-oriented. While Stafford will probably not be as ineffective as he was one year ago, he's not a good bet to be a prolific red-zone passer.

Philip Rivers (Los Angeles Chargers) - Only 13th in red-zone pass attempts, Rivers ranked 7th with 22 scores and was particularly effective inside the 10-yard line. In that area, Rivers ranked third with 116 yards and had a 15-to-1 TD-to-INT ratio. As long as Melvin Gordon is holding out, we could see the Chargers be even more reliant on Rivers, especially in the red zone.

Dak Prescott (Dallas Cowboys) - Prescott is a red-zone dual threat. In addition to ranking 14th in red-zone pass attempts, Prescott also rushed 19 times for 72 yards and chipped in six touchdowns on the ground, which ranked second among all NFL signal-callers. When RB Ezekiel Elliott is on the field, he'll get the majority of the Cowboys' touches as the offense nears the goal line. But with Elliott currently holding out in Cabo, we can project a boost in Prescott's red-zone passing role moving forward-- at least until Zeke returns.

Case Keenum (Denver Broncos) - A career journeyman, part of Keenum's struggles have come in the red zone, where he performed poorly last year for Denver. Keenum's 69 attempts ranked 15th, but he had the fewest touchdowns among any quarterback that threw more than 51 red zone attempts. He also tied Ben Roethlisberger for the most RZ interceptions (4), including two that occurred inside the 10. Those turnovers can kill a team and help explain why Keenum will have a hard time being a consistent NFL starter. 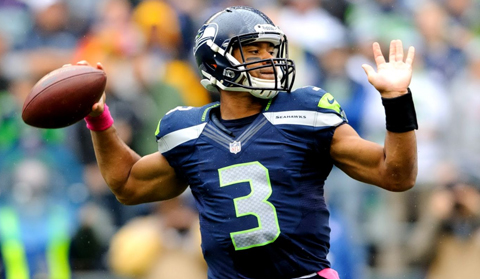 Russell Wilson (Seattle Seahawks) - Wilson ranked third in the NFL with 24 touchdowns inside the opponent's 20, which was a substantial number considering the run-heavy offense favored by Pete Carroll and company. No reason to think that the Seahawks won't be even more ground-oriented this year, but after losing No. 1 wideout Doug Baldwin, it's fair to project Wilson's TD numbers to dip.

Derek Carr (Oakland Raiders) - Carr wasn't nearly as bad as the general consensus thinks he was, but the Raiders weren't competitive and didn't look like the kind of squad that's capable of a quick turnaround. That makes Carr a bit of a risk to be benched if he doesn't show improvements in critical areas, like a very mediocre 3.41 yards per attempt figure in the red zone.

Carson Wentz (Philadelphia Eagles) - He only ranked 19th with 58 red zone passing attempts, but Wentz was less than one year removed from a shredded ACL and missed five games. If you extrapolate Wentz's red zone numbers out to a 16-game pace, you get 333 yards and 26 touchdowns, which would have been the third-most in football. Now further removed from that knee injury and the Eagles only adding more offensive weapons, Wentz is a strong candidate for top-5 overall numbers in 2019. 4,200-plus yards and 35 touchdowns aren't out of the realm of possibilities.

Baker Mayfield (Cleveland Browns) - Mayfield was one of only four regular NFL starters to not suffer a red zone interception in 2018, doubly impressive for a rookie signal-caller who didn't even open the season as his team's starter. Mayfield tied Kirk Cousins for fourth in the NFL with a 66.7% completion rate in the red zone and was top five in average yards per attempt. With red zone monster Odell Beckham Jr. now in town, Mayfield looks poised to be one of the most effective RZ passers in the NFL in his sophomore season.

Cam Newton (Carolina Panthers) - Only Drew Brees posted a better red zone completion rate than Cam Newton's 68.4%. Newton also doubles as an excellent runner and produced another 54 rushing yards and four touchdowns in the red zone last year before missing the Panthers' final two contests with a shoulder injury. He's not always going to post the most prolific passing numbers in Carolina's offense, but Newton has a fantastic duo of young wideouts and has been an excellent TD producer. He's accounted for 25-plus scores in six of his eight seasons.

Become a member at FantasyData and read this article in full. You'll also get access to a ton of fantasy football metrics that will help you dominate your fantasy draft and help you throughout the NFL season. Click Here to Learn More