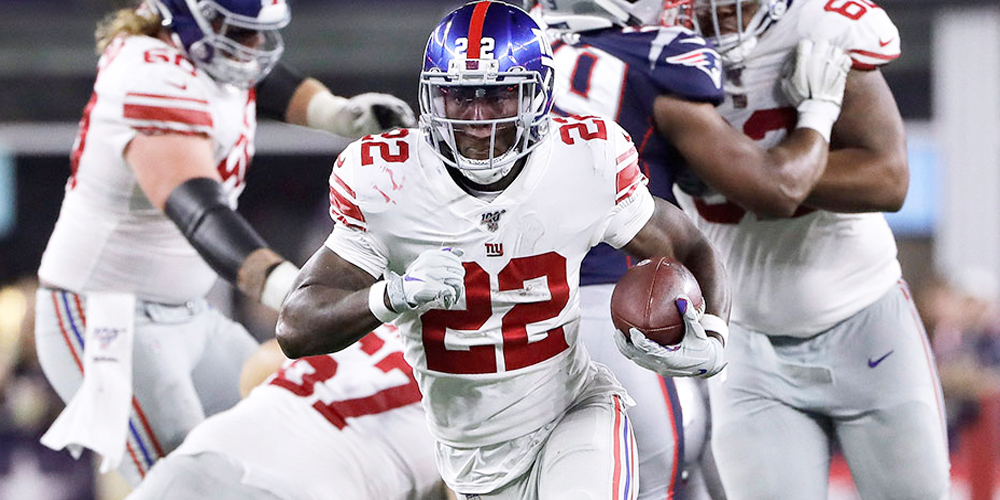 This article will showcase the FantasyData staff's Week 13 Fantasy Football Rankings along with commentary on players I'm higher on or lower on in my own personal rankings. We now have a few weeks of NFL action to build rankings and projections on. The advanced metrics and other resources available at FantasyData are invaluable when studying results in preparation for the upcoming week's slate of NFL games.

Before I jump into some quick notes about my personal fantasy football rankings for Week 12. I didn't finish in the top-10 for the week, but I'm still ranked 33rd in the year to date accuracy rankings. FantasyPros puts 150+ expert fantasy gurus to the test each week by measuring their fantasy rankings and score accordingly.

ECR- Expect Consensus picks at FantasyProsThis is my first year doing rankings specifically for FantasyData, my goal is to keep it up throughout the 2019 season. I'm excited to be one of the fantasy experts representing our organization in the competition. Without further ado let's dive in. 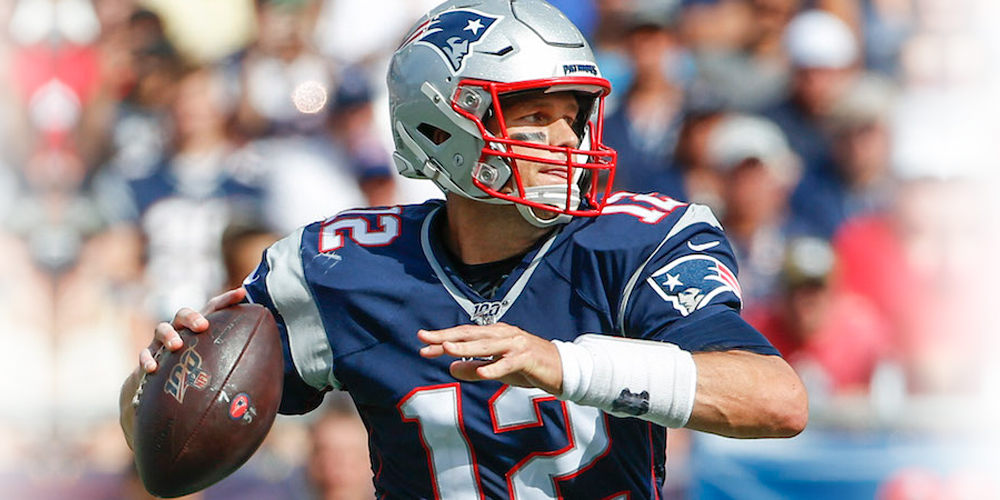 Brady's only finished as a QB1 in 36 percent of his games this season. Brady (89.5) is tied for 16th in our true passer rating metric. This metric factors out unpressured throwaways and dropped passes. Brady will have an opportunity to do so against the Texans. Houston has allowed an average of 24.8 fantasy points per game to quarterbacks over its last five.

Dalton ranked 32nd in true passer rating before being benched. Here is what I wrote about him this week's Start 'Em Sit 'Em:

Ryan Finley had started the three previous games after Dalton was benched. The rookie quarterback completed 47.1 percent of his passes for 474 yards, two touchdowns, and five turnovers in his three starts. Dalton had been the Bengals starting quarterback since he was drafted by Cincinnati in 2011. He averaged 42.2 pass attempts, 25.5 completions, 281.4 passing yards, 285.5 air yards, 1.1 touchdowns, and 1 interception per game this season. Dalton averaged 16 fantasy points per game in eight starts this season with negative passing fantasy points over expectation. He faces a Jets defense that has allowed an average of 23 fantasy points per game to top quarterback scorers over its last five. This game has shootout potential and Dalton can be viewed as a QB2 with upside in Week 13.

Jones has averaged only 16.7 fantasy points per game this season and ranks 33rd in true passer rating. The Packers defense should be mentally prepared to play after being humiliated on national television by the 49ers last week. Jones can be viewed as a QB2 in Week 13. The Packers have allowed a per game average of 283 passing yards, 1.4 touchdowns, 0.4 interceptions, and 19.3 fantasy points per game to quarterbacks over its last five.

Barkley hasn't had the season fantasy players have expected. He's dealt with a high ankle sprain and is only averaging 0.75 fantasy points per opportunity. Barkley faces a Packers defense this week that has allowed an average of 18.6 touches, 102 total yards, one touchdown, and 18.5 PPR fantasy points per game to top running back scorers over its last five.

Did you know that Kupp has been held to 53 or less receiving yards in four of his last five games? Quarterback Jared Goff has struggled and it's directly impacted his star receiver who was a solid WR1 prior to the Rams bye week. Kupp does have a favorable matchup against the Cardinals secondary in Week 13. Arizona has allowed an average of 10.6 targets, 7.6 receptions, 102.4 receiving yards, 0.4 touchdowns, and 20 PPR fantasy points per game to top wide receiver scorers over its last five.

Jeffery's only averaged 6.8 targets, 4.2 receptions, 44.1 receiving yards, 62 air yards, and 0.4 touchdowns per game this season. He's missed the last two games with a shoulder injury and the Eagles desperately need him back considering the injuries at the position the team has dealt with all season. Jeffery and the Eagles have a get right matchup against the Dolphins in Week 13. Miami's defense has allowed an average of 9.8 targets, 6.8 receptions, 100.4 receiving yards, 1.2 touchdowns, and 24 PPR fantasy points per game to top wide receiver scorers over its last five.

It would be surprising to see the Patriots defense allow Hopkins to beat them considering their discipline and attention to detail. New England has only allowed an average of 18 PPR fantasy points per game with negative receiving fantasy points over expectation over its last five games.

Carr only completed 15 of 27 passes for 127 yards and an interception last week against the Jets in a favorable matchup. He was benched in the game by head coach Jon Gruden. Carr will start in Week 13 against the Chiefs, but it would not be surprising to see the Raiders provide running back Josh Jacobs all the opportunities he can handle.

Penny had only touched the football 22 times heading into last week's game. He finished with 14 rushing attempts, 129 yards, and one touchdown in the Seahawks win over the Eagles. Head coach Pete Carroll hinted that Penny would be more involved moving forward, but Carson will still have a role. He has the eighth highest opportunity share among running backs this season. This metric is the percentage of the total team running back carries plus targets.

Bell rushed 12 times for 49 yards while catching all five of his targets for 59 yards in the Jets win over the Raiders last week. New York has struggled to get its running game going all season. The matchup against the Bengals is a favorable one, but why wouldn't the Jets still continue to lean heavily on Sam Darnold? He's torched the Giants, Redskins, and Raiders over the last three games.

Were you aware that Cooks only has one 100 yard game this season? He hasn't scored a touchdown since Week 2. It's difficult to trust a wide receiver that thrives on deep targets with a quarterback like Jared Goff. Cooks also will be busy dealing with Cardinals cornerback Patrick Peterson in Week 13.

You'll find my Week 13 rankings below. Do you agree or disagree with some of the analysis? What about how the players below are ranked? Reach out to me on Twitter (@EricNMoody) and let me know. Thanks for reading and don't forget to sign up for FantasyData Premium.

We are currently offering a Black Friday sale on it which will provide you access to our advanced metrics and other resources at a discount.